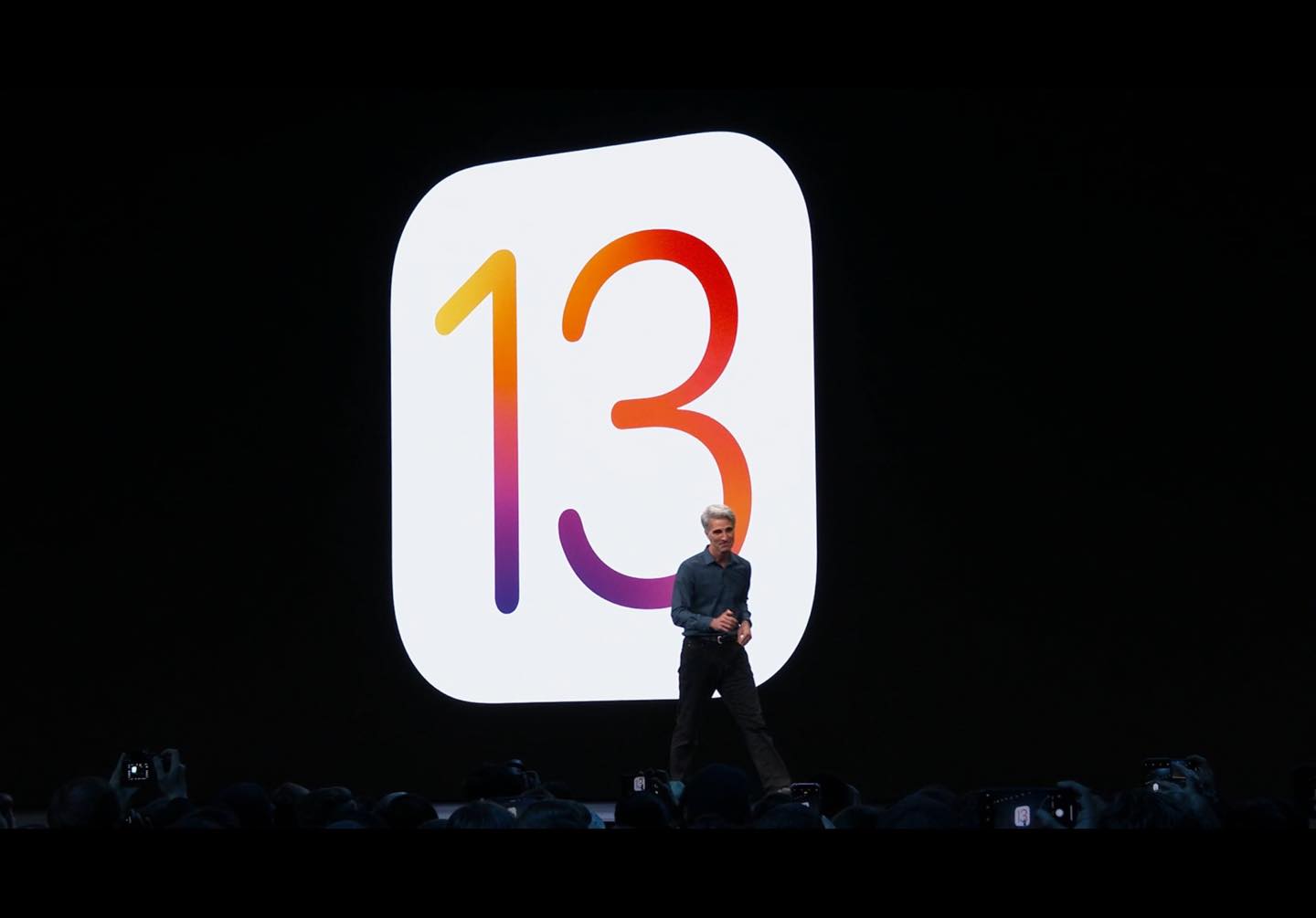 WWDC 2019 is underway and the company is announcing major additions coming to all of its platforms like tvOS 13, watchOS 6 and more. The company now announced iOS 13 with a boatload of new additions, both in terms of new front-facing features as well as visual variations. In addition to this, there are performance enhancements and security improvements part of the mix as well. Let's dive in to see some more details on iOS 13 and which features you should look forward to when it is released.

iOS 13 changes a lot of things in terms of how the apps operate, how they are downloaded and how will the updates be managed. iOS 13 now brings 30 percent faster Face ID unlocks, 60 percent smaller app updates and app packages are 50 percent smaller, which will boost app launch speed, twice as fast to be exact. Overall, this variation in packaging will compliment the performance on your iPhone or iPad. See more details here.

Nest stop, iOS 13 introduces Dark Mode - yes! The dark theme applied over all apps - Messages, Maps, Notes, Calendar and more. The notifications are a bit more translucent but apps like News and Calendar are entirely blacked out. Notes, however, have a gray texture instead of complete black. Photos, Share Sheet, Apple Music, all apps and sections feature a dark mode. 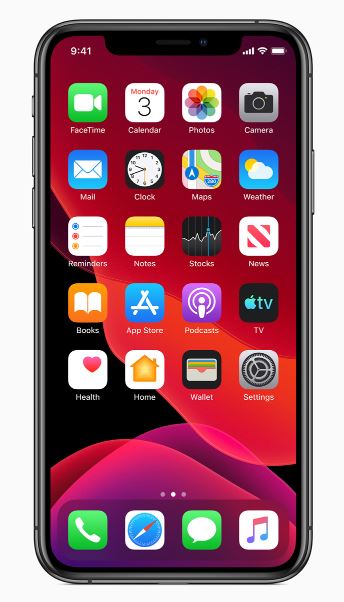 Other than this, the Keyboard is now darker as well, also boasting Swipe typing, called "Quick Path". Safari now has per-website preferences, Notes have new shared folders and the Mail app now gets desktop formatting. Reminders app, on the other hand, is completely redesigned as it becomes smarter. 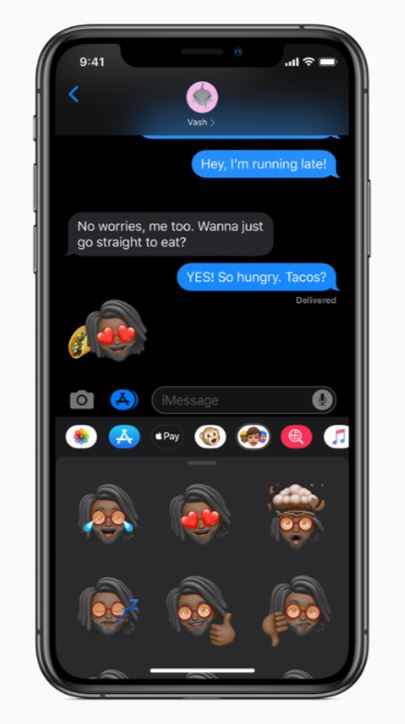 The Maps app in iOS 13 has been paid great attention. For instance, you can now have a favorites row on the launch screen and "Collections" for organizing your favorites and more. The new "Binoculars" button will allow you to look around, something similar to Google Street View. 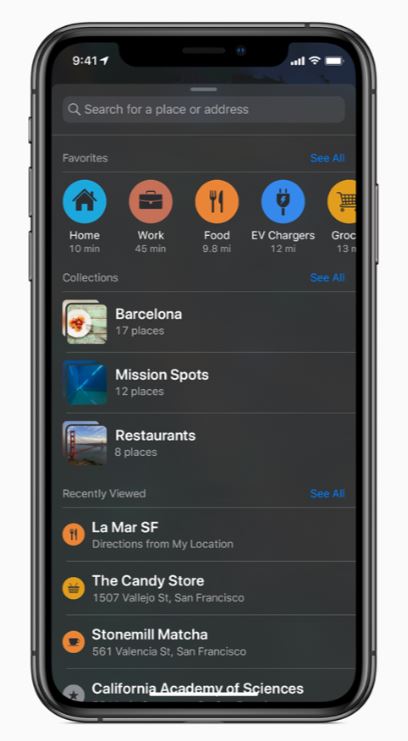 iOS 13 greatly focuses on the privacy section which includes location tracking protection features and the operating system will now provide reports for what apps have been using the location. In addition, apps would not be able to use Wi-Fi or Bluetooth to infer your location, so it's a great move from Apple as it has shut the door. 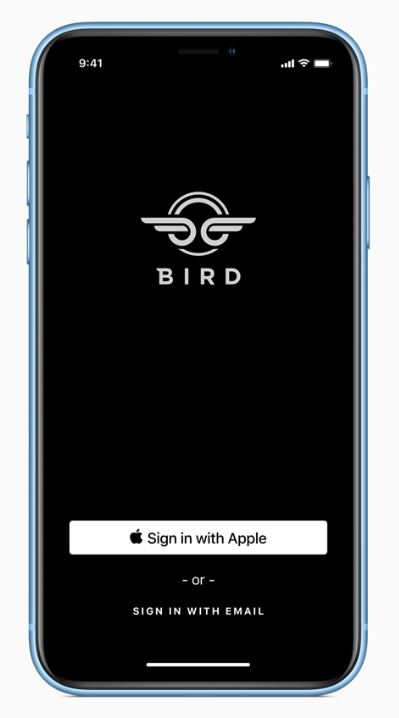 There's also a new "Sign in with Apple" button when you're asked to log in via Facebook or Google. It's a great comeback, in my opinion, an easy way to sign in without the tracking of course with iOS 13. Simply use Face ID and start a new account and no personal information will be revealed. If apps request information, you would have the option available to hide your email, and Apple will create a random email which will forward to your email. It's an amazing privacy feature. Plus, it also works on the web. 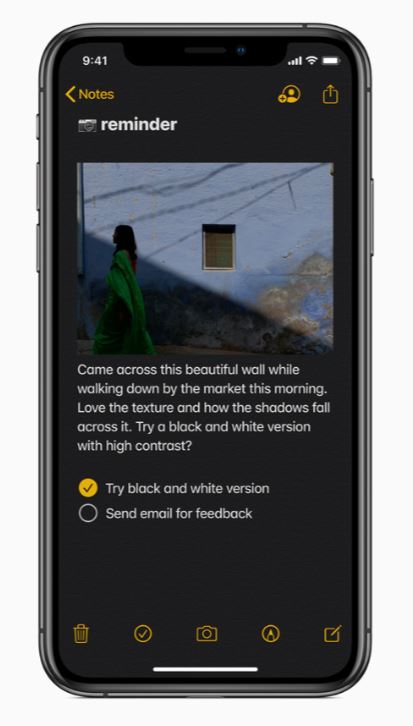 Next, Apple extends its security approach to the HomeKit, specifically the security cameras - HomeKit Secure Video. All the video analysis will be done locally and would not have to be sent to cloud services. It's a super neat addition in terms of security.

Furthermore, in Messages, you can share your names and photos more easily, recipients will automatically get your name and picture in contacts. There are a couple of new options in Memoji like Makeup, accessories and more. There's also another addition in iOS 13 called Memoji Stickers which you can get through the system keyboard to use in other apps as well. Apart from this, Memoji is also coming to all devices that feature an A9 chip or higher.

In terms of Photos and Camera in iOS 13, there are new portrait lighting effects where you can increase the light intensity. There's also a new photo editing interface which allows you to make changes via simple tap and drag operation. Moreover, the editor now also allows you to reduce noise in pictures and more. 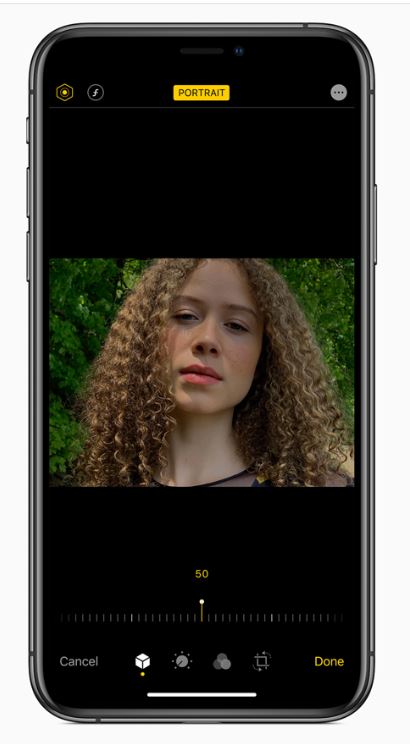 Another major addition is that the editing interface also applies to videos. You can edit a video as well as rotate it. There is also a new way to browse photos and with machine learning, iOS 13 will allow you to remove duplicates and clear the clutter. The Photos tab in the app has a bit of trick up its sleeves as well. All the gestures are still present and it can play videos right in the browse view along with live photos. The Photos app features several additions that arrange your images in a categorical manner. 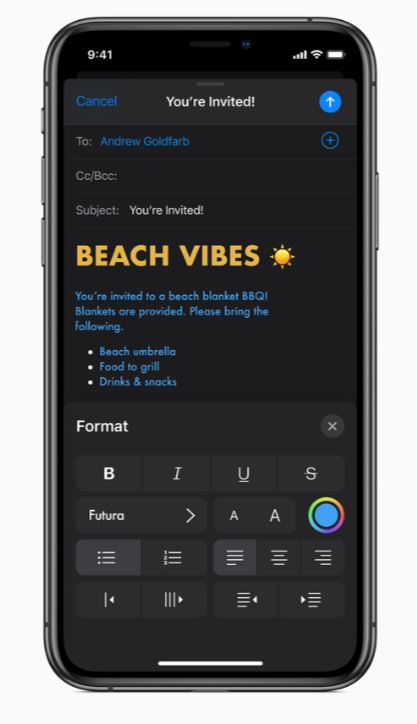 AirPods are getting smarter as well in iOS 13, working together with Siri to read incoming messages which you can respond to without saying "Hey Siri". Audio Sharing allows you to share music with another phone.

HomePodis getting handoff so it can easily pick up the music when the source is near. Siri is also supporting live radio with iHeartRadio, TuneIn and other services. The HomePod is now finally personalized to each person. It recognizes the voice of individuals and provides music, information, reminders accordingly. 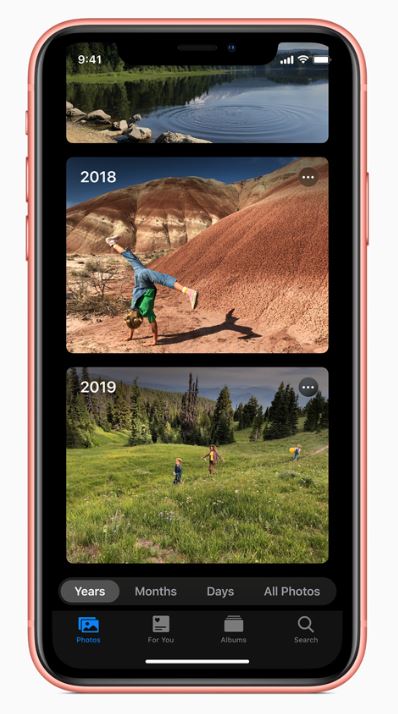 Siri now works with Pandora and Waze and doesn't take up the entire screen when displaying information. With Neural Text to speech, Siri voice sounds more natural and does a pretty good job putting emphasis on the right words. There are other tiny bits surrounding Siri as well in iOS 13, so be sure to stay tuned as we cover them.

Apart from this, other tidbits include Low Data mode, WiFi selection in Control Center, dual SIM support for iMessages, Dolby Atmos playback and many more.

This is all for iOS 13 announcement so far, we will update you guys as soon as there is more information on the subject. There are more announcements being made so we would recommend you check those out as well.

What do you think about the iOS 13 announcement? Are you excited to try on Dark Mode when it is available later in September? Let us know in the comments.