Apple released iOS 14.2 and iPadOS 14.2 beta earlier today to developers. The update, which strangely jumps from iOS 14.0 to iOS 14.2, has a number of new features, most of which revolve around music playback and controls. Here is a quick round-up of all the new features that we have found and played around with, in the new update.

The biggest addition to the new beta is a control Shazam music recognition in iOS' Control Center. Users can just tap on the button to instantly recognize the song playing around them. It does not work without any user interaction like Google's solution on Pixel phones, but it is a lot more integrated than before. The control also lets you play that song in Apple Music, something that Spotify will definitely frown at.

In case you don't know, Apple owns Shazam, and has already integrated it in various ways into their ecosystem. You can use Siri to ask which song is playing and it will identify and let you know. If you have the Shazam app installed from the App Store, you can also use it for discovering and keeping track of the list of songs that you have identified. There is even an Apple Watch app by Shazam which can be used to identify music.

The media player control in Control Center has also changed. It now shows a large album art preview of currently playing music. If you're playing a video, it shows the video thumbnail or cover art. A small icon of the app which is playing the content is also shown in the bottom right corner of the artwork.

The same changes also apply to the music player control that appears on the lock screen.

If you plugin your AirPods, or other headphones, a new control appears that suggests music to play with just a tap. I'm not sure whether this works with non-Apple Music services.

The AirPlay pop-up in the Music app has also changed. It does not look as nice as before, but it does not cover the complete screen when you open it, which is good. 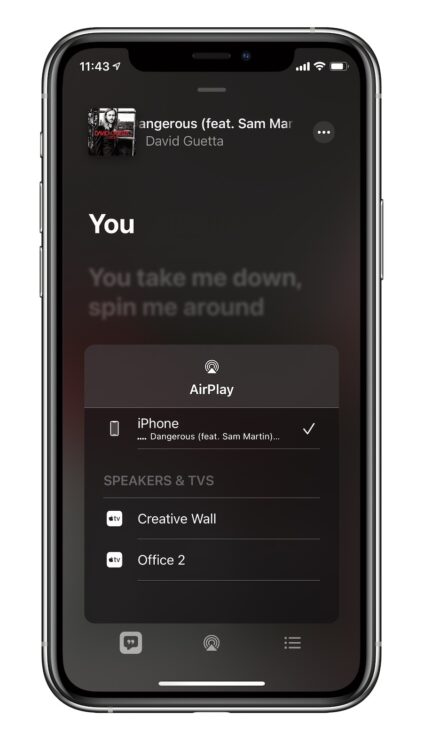 The icon for Watch app has also changed to the new Solo Loop which does not have any buckle or strap.

Lastly, Apple has added a new 'People Detection' control in Control Center, which uses augmented reality to show the distance between the user and other people. This accessibility feature is aimed towards people with weak vision.