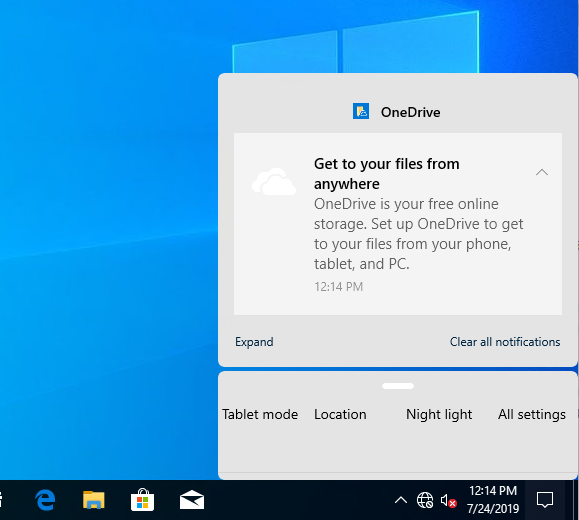 Microsoft mistakenly pushed out a Windows 10 2020 Preview Build 18947 yesterday and it appears to have contained more clues about the next major OS upgrade than the ones that have so far been "officially" released to the Fast ring Insiders.

Along with a new Start menu design that ditches the Live Tiles, the build also contains clues that hint at the company working on a new Control Center. The build includes a Registry edit (spotted by Rafael Rivera) that gives us the first look at a new Control Center layout for Windows 10 Lite.

Interesting. Control Center isn't dead and is getting a layout for Windows Lite? pic.twitter.com/oU44308NWe

The Control Center is divided into two parts, Quick Actions and Action Center. Action Center contains all the notifications, and Quick Actions is at the bottom bar containing all icons for Bluetooth, WiFi, etc. It actually doesn't work right now since it's a work in progress, but if it's indeed going to be a part of the next version, expect to see a better version of it in the upcoming preview builds.

Unfortunately, you can no longer get access to this build since the company pulled it back. As a reminder, it hasn't gone through internal testing yet and can be highly unstable. However, if you did get to install the accidentally released Windows 10 Preview Build 18947, you can use the following Registry to test the new Control Center layout.

Do note that you have less than 10 days left to roll back to your previous build. You can follow these steps to easily switch back to a stable state.