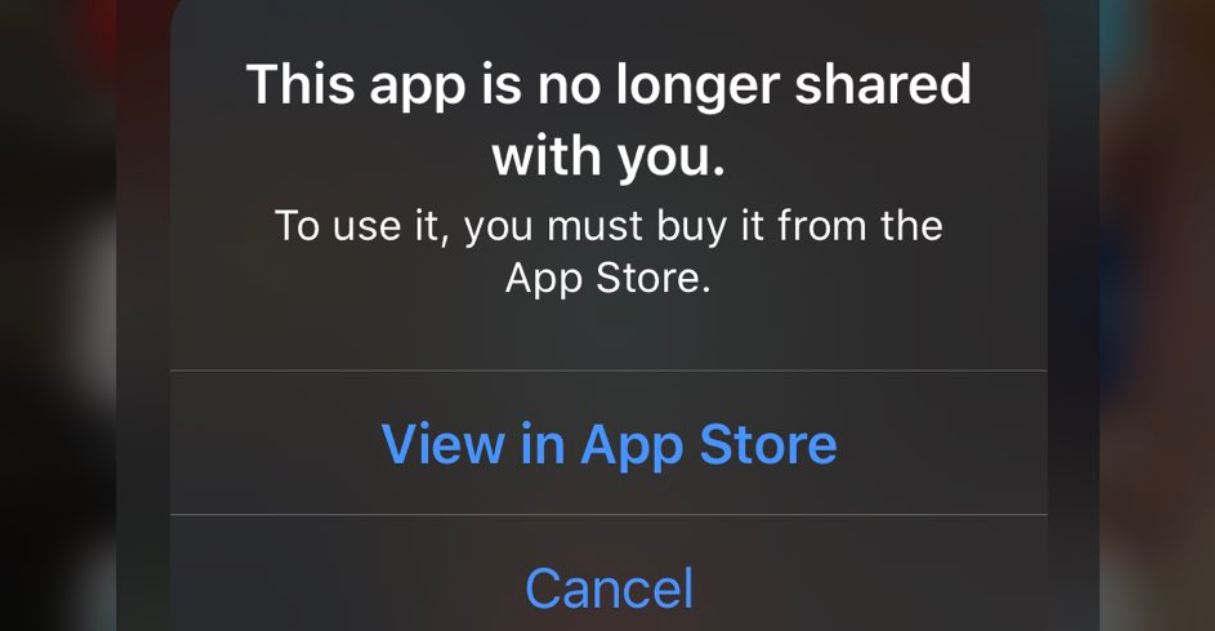 A few days ago, Apple saw fit to release its latest iOS 13.5 and iPadOS 13.5 update to all users. However, for some users, the update is not allowing them to open certain apps like YouTube, prompting them with an error that reads “This app is no longer shared with you. To use it, you must buy it from the App Store.” Users don't have much at their disposal as they can either cancel the prompt or View in App Store. Are you experiencing the same iOS 13.5 App Store issue?

Some Users Are Experiencing iOS 13.5 App Store Issue - Not Being Able to Open Certain Apps

As mentioned earlier, some users have been unable to open certain apps like YouTube and WhatsApp after updating their iPhone to iOS 13.5. Take note that only certain apps are being affected and probably the App Store issue has something to do with iCloud Family Sharing. Potentially, Apple's mechanism to prevent users from installing duplicate apps might be the reason for the issue.

At this point in time, there's no workaround nor a temporary fix that can resolve the issue. Moreover, Apple has also not confirmed iOS 13.5 App Store issue on its System Status page. While some users have suggested that reinstalling the app again has helped them, but for others, it has not. Apple will take note of the issue on priority and devise a fix soon.

@YouTube this is hilarious! I can’t use the YouTube app as it’s no longer shared with me... pic.twitter.com/quXJRe3UUL

If the iOS 13.5 App Store issue has affected you, uninstalling and then installing apps again might delete data that was not backed up. This is primarily the case with WhatsApp. We will update you guys as soon as we have more news regarding the subject.

iOS 13.5 arrives with a bunch of improvements and new additions like the Exposure Notification System developed in collaboration with Google to help health authorities to build their contact tracing applications. Moreover, with iOS 13.5, users' Medical ID will also be shared automatically during an emergency. There are a bunch of other features as well so do check that out as well.

Are you experiencing the iOS 13.5 App Store issue? Let us know in the comments.