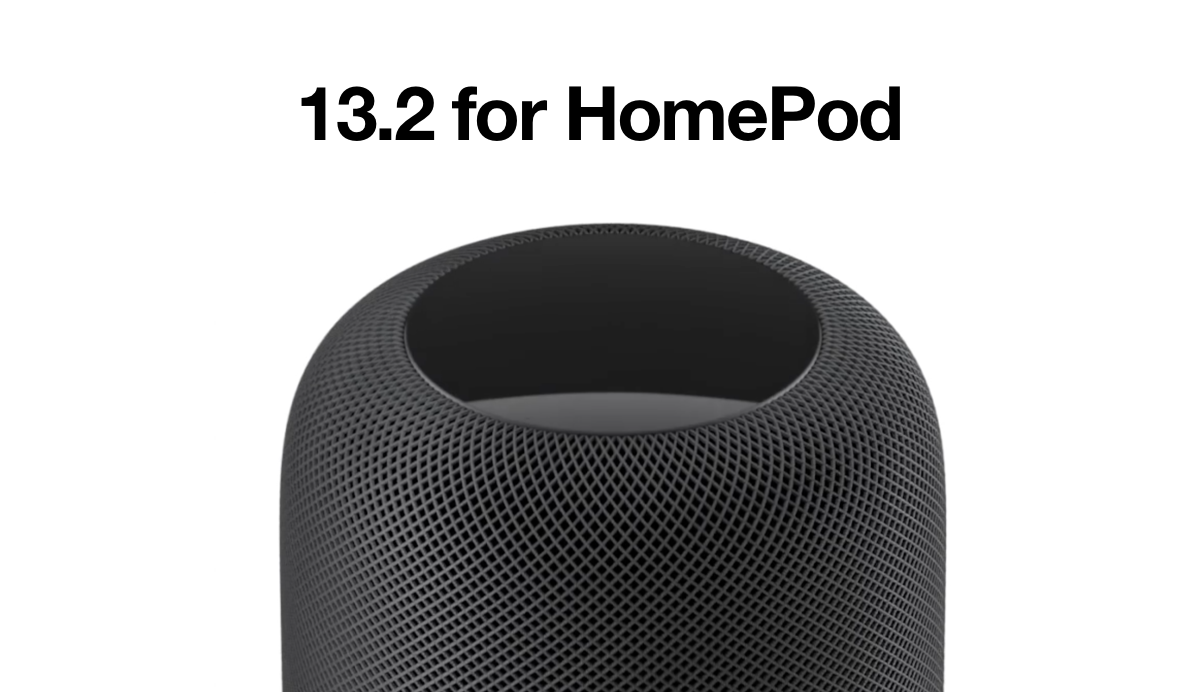 The much-awaited iOS 13.2 for HomePod update is now available for download. This one's packed with brilliant new features.

iOS 13.2 for HomePod Arrives with Features Many Have been Waiting For - Including Handoff for Phone Calls, Ambient Sounds and More

In all the iOS 13.2, iPadOS 13.2 and tvOS 13.2 noise, it's easy to forget about HomePod. Right now, you can download iOS 13.2 for HomePod, which brings with it features which many have been waiting for since the release of iOS 13 itself.

Those features are as follows: 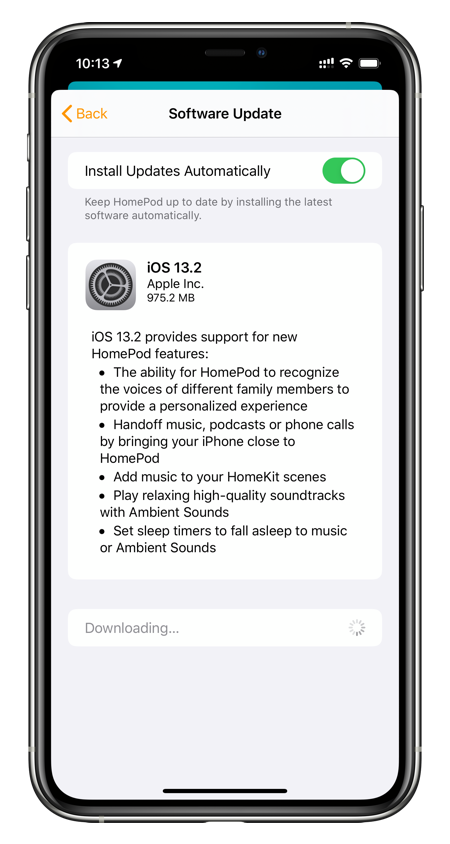 - The ability for ‌HomePod‌ to recognize the voices of different family members to provide a personalized experience
- Handoff music, podcasts, or phone calls by bringing your iPhone close to ‌HomePod‌
- Add music to your ‌HomeKit‌ scenes
- Play relaxing high-quality soundtracks with Ambient Sounds
- Set sleep timers to fall asleep to music or Ambient Sounds

The most insane addition to HomePod with the latest 13.2 release is Handoff. If you are in a phone call, listening to music or a podcast, just bring your iPhone (running iOS 13.2) close to your HomePod and boom, now your audio is on the HomePod.

iOS 13.2 for HomePod also adds the ability to recognize different members of the family, by voice, of course. This means that every single time the user will get a personalized request every single time. This is actually a bigger deal than you originally think it is.

You can even add music to your HomeKit scenes, allowing you to really set the mood if you want. If that is not enough, you can ask HomePod to play 'ambient sounds' such as sounds from a forest or even the ocean. Just ask Siri and she'll delight you with some audio goodness.

There's more to be discovered here, but we'll take you straight to the update itself. In order to download iOS 13.2 for HomePod, launch the Home app first. Now tap on the 'home' icon on the top left hand corner. Scroll down a little and you'll see a Software Update entry, tap on it to open and just install the update from here.

The entire process may take a while to go through, but once you are done, you will be informed and your HomePod will restart as well. It's best that you do not tinker around with your HomePod during this time. You want everything to go through as smoothly as possible.

It's crucial that you install the iOS 13.2 and iPadOS 13.2 updates as well in order to take full advantage of the update for HomePod released today, so make sure you are at the top of your game.

Apple Could be Developing ‘homeOS’ for Smart Home Devices [Update]