Should I Update to iOS 11 Beta or Wait? – What You Need to Know 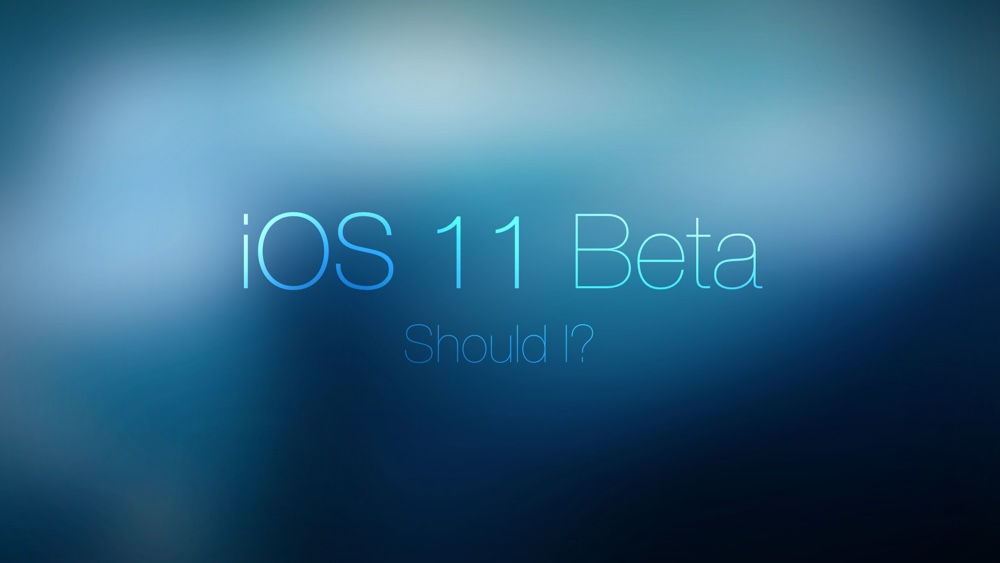 iOS 11 has been announced, and the first beta is now available. But should you update to iOS 11 Beta right now?

iOS 11 comes packed with a modest amount of features. You can read about them here. Furthermore, the first iOS 11 Beta has been seeded to developers as well. This means if you have an Apple Developer Program membership at hand, you can install the software on your iPhone or iPad. Sounds like something which you should do right away, no? Well, not quite.

First and foremost, it should be made absolutely clear at this point that iOS 11 Beta is software that is bound for release later this year. This means that it is unfinished in every possible way imaginable. Sure, it packs the features which Apple showed off on stage, but things are going to be very, very rocky at best. In simple words: we will not recommend installing iOS 11 Beta on your iPhone or iPad right now. Please wait for a few weeks until Apple irons out the crucial bugs, ensuring that things are smooth as compared to how they are today.

Don't Try it on a Daily Driver iPhone at All - Not Yet, At least

If you were hoping to install the beta on an iPhone, then I would strongly advise against it. First beta builds are the worst when it comes to battery life promises. It's highly likely you'll run out of juice in a few hours rather than going through half a day. Secondly, since apps haven't been updated for the new beta, and they won't be until later this year, therefore a completely broken experience can be expected.

Going ahead with the beta on a spare device is the best route you can take at this moment. After all, it's not going to be your daily driver. Which further equates to the fact that you can try out new features without hindering your own productivity. But of course, not everyone has a spare device lying around like pocket change. Therefore be extremely considerate while handling beta software.

Will you be updating to iOS 11 Beta? Let us know in the comments section below.