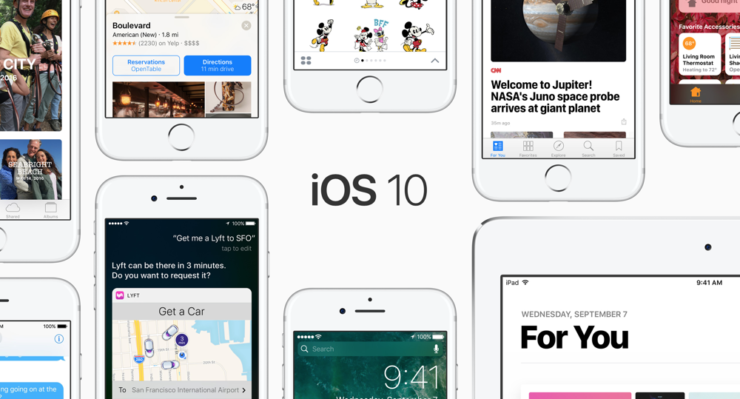 Apple has just seeded iOS 10.2 Beta update for registered iPhone and iPad developers. The update can be downloaded right now.

Today is proving to be a software packed day from Apple. First the company released iOS 10.1.1 for users with Health data fixes, followed by closing the signing window of iOS 10.0.3 and iOS 10.0.2. Now though, Apple is taking things up a notch by releasing iOS 10.2 Beta 1 for registered developers. So, if you're a part of the Apple Developer Program initiative then you can download the latest pre-release bits right away for compatible devices.

Just like previous iOS 10 pre-release builds, the new iOS 10.2 Beta 1 can be downloaded either over the air or you can download the complete IPSW file in order to restore via iTunes. Which route you take is totally up to you as long as you are running iOS 10.2 Beta at the end of the day. But if you are seeking for a personal opinion, I would suggest going for the over the air method. Simply sign into Apple Developer Program's website, then go to Downloads. Once here you'll see the option to download iOS 10.2 pre-release images. Select the Preferred installation method. Make sure you visit the website from your iPhone or iPad as it will install a profile on your device. Once the profile is installed, the beta will be pushed to your device over the air. Navigate to Settings > General > Software Update in order to download and install it onto your device.

The biggest advantage of taking the over the air route is simple: you do not lose your files and settings and everything remains in tact. Restoring via iTunes means you will lose everything and you have to set up your device from scratch in order to get things up and running. Not exactly ideal if you're asking me.

It's unclear at this point what iOS 10.2 Beta brings to the table. Given iOS 10.1 was a jam-packed release featuring tons of fixes and performance enhancements, it's possible iOS 10.2 will introduce the same for users. There is also a high probability the new beta introduces a handful of features which users have been asking for since iOS 10 hit public download channels back in September. Whatever the case might be, we will take the new beta for a spin and report back on what is new, so stay tuned.

We will recommend installing iOS 10.2 on a device that is not your daily driver.