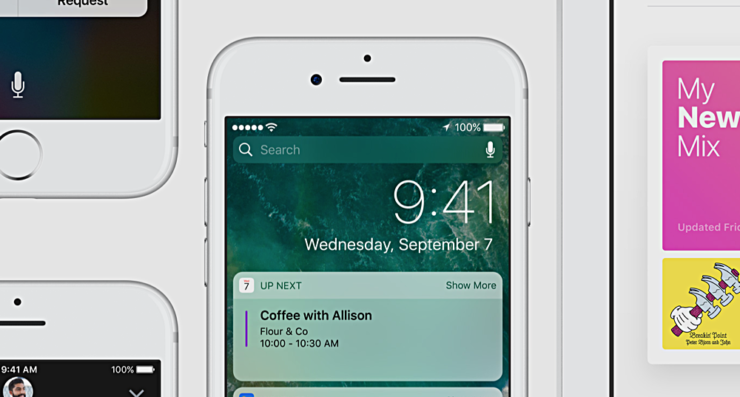 iOS 10.1.1 is a very minor update that aims to fix a bug that prevented users from seeing their Health data. Shortly after releasing the aforementioned update, Apple stepped up its game by ceasing to sign iOS 10.0.2 and iOS 10.0.3. This means you can no longer downgrade to those firmware versions even if you wanted to. If you have updated to iOS 10.1 or iOS 10.1.1, then that's where you'll be staying from here on in until a new version is released.

For those who are wondering, iOS 10.0.3 was available for iPhone 7 and iPhone 7 Plus users only. It fixed an issue for users where their handsets were experiencing connectivity issues on LTE networks, especially those on Verizon in United States.

Today's move is rather strange from Apple as the company (usually) takes a lot of time in closing the signing window for older firmware versions. It's possible Apple has done this in order to make sure users are running the latest release of their software at any given time. Users have, of course, the option to avoid updates as they are notified before going ahead with the installation process. Simply tapping on the Later option in the update prompt in iOS delays the process.

Please make sure you do not touch your device during the downgrade process. Everything should go smoothly as possible to the point you set it up as new once again.

We will keep our readers updated regarding Apple software releases in the days to come so stay tuned. Meanwhile users are requested to update straight to iOS 10.1.1 as it's a bug fix release. Downgrade only when you have a solid reason for doing so.