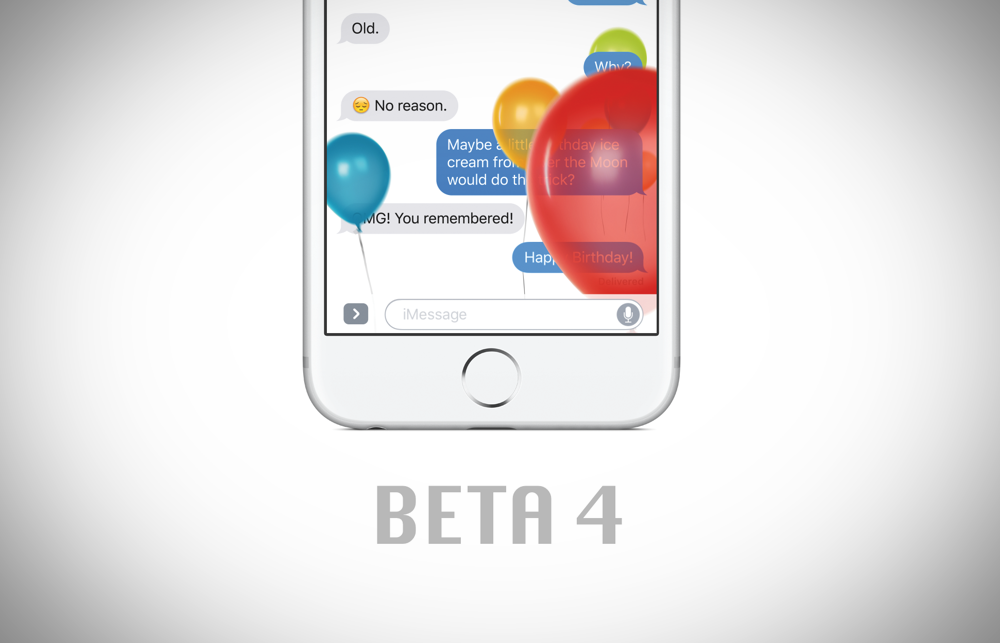 iOS 10 beta 4 for devices has been released. The newly released update is available for developers only. Here's how you can update.

Apple seeded iOS 10 beta 3 a couple of weeks back. Staying true to its release timetable the company has seeded iOS 10 beta 4 to registered developers today. This means you have to be a paying software developer with Apple in order to download the pre-release bits onto your device. If you indeed are one, a developer that is, then we will lay down all the routes you can take to install iOS 10 beta 4 right away.

Install iOS 10 Beta 4 Over The Air

The most obvious method if you already have iOS 10 beta installed. Here are the steps in to download and install.

As you can tell from the title itself, this is a route to download iOS 10 beta onto your device without downloading the entire IPSW and restoring it via iTunes. The process is obviously simple and we've laid it out here: Install iOS 10 Beta OTA On iPhone, iPad Without Downloading Entire IPSW.

The best route to latch onto if you're seeking to get the maximum performance output from iOS 10 beta. Full guide is posted here: Clean Install iOS 10 Beta On iPhone, iPad The Right Way – How To.

We will not endorse the route in which you can download iOS 10 beta without a developer account. Why? Because Apple has a Public Beta program going on. Take that route instead. It's free and it's more safer.

There's a slight chance you'll bump into Error 14 while restoring iOS 10 beta using iTunes. If you do, then be sure to check out the fix here.

Downgrading Back To iOS 9.x

If, for some reason, you want to downgrade back to iOS 9.x, then check out the following guide: Downgrade iOS 10 Beta To iOS 9 – How To Tutorial.

We will be digging through iOS 10 beta 4 to see what new surprises Apple has packed into this release. Also, we will give our final verdict whether or not this beta is safe enough to be used as a daily driver. Till then, if you're a developer, be sure to update to the latest release as soon as possible since this build packs in a lot of bug fixes and performance enhancements.