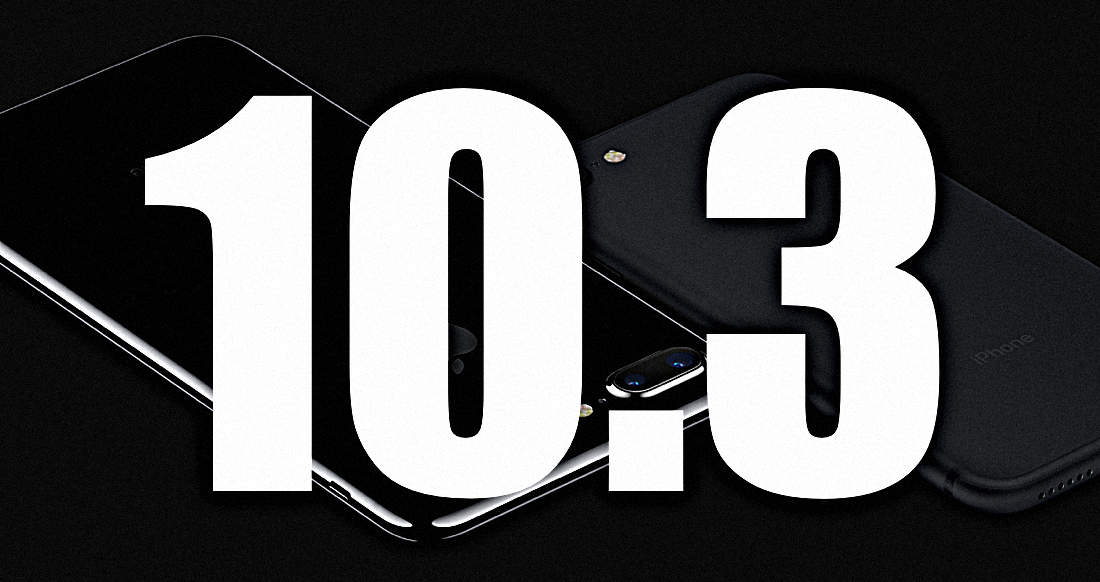 iOS 10.3 update with a new 'Theater Mode' feature is bound for release in early January, according to a reputable source.

What is 'Theater Mode'? Your Guess is as Good as Ours - iOS 10.3 Update is Going to be Interesting, Nonetheless

According to Sonny Dickson, a man famous for leaking key Apple announcements ahead of time, has taken to Twitter to reveal that Cupertino is all set to release the iOS 10.3 update (in beta) on January 10th. Interestingly, not a lot of details are at hand, but what we do have right now is something which Apple might end up calling 'Theater Mode'. That's not just it though, it's also rumored that this new feature will have its dedicated button in the Control Center, and will be shaped like a popcorn.

Given how the term 'theater mode' is treated by many different outlets already, it's likely that the feature will bring dark mode to iOS (at long last) if nothing else. But of course, there could be a surprise waiting for us which we do not know about currently. Also, given how close we are to January 10th, we will know very soon what Apple has wrapped for us in the gift box.

Here are all the tweets Sonny Dickson sent pertaining to the upcoming iOS 10.3 update:

iOS 10.3 to feature a new Theatre mode - will include a new popcorn-shaped Control Center icon.

We will, as ever, update our readers whenever the first beta of iOS 10.3 becomes available. And it is highly likely that the first release will be aimed towards developers only, with public beta testers getting a taste of the build within the same week. The developer beta, as you can tell already, can be accessed only by those who have an Apple Developer Program membership. Public beta software on the other hand, is absolutely free to download and try.

Theater Mode is going to be an interesting addition to iOS 10 as it is a feature many users have been asking for, including me. But given how Apple is planning to add a flagship feature to its current OS ahead of iOS 11, it makes us curious what the next-gen software will pack under the hood.

WWDC is just a few months away, and everything will be unveiled by Cupertino in great detail. Exciting times!

Before you head out, be sure to check out the following links: