Intel has finally launched the next class of enthusiast level main board, the Intel Z97. The Z97 is an upgrade to the Z87. Prior to the launch, the Z87 was the only board in Intel's line to offer full CPU overclocking for K-Series Processors. It allowed 16 PCI-e configurations to be separated into single x16 slots, dual x8 slots or a single x8 and dual x4 slots. Theoretically, this allowed support for triple SLI configurations. In addition to this, the board had six SATA 6Gb/s ports, six 3.0 ports and CPU overclocking. This was all in June last year, and the successor to the Z87, the Z97 is finally here after all the drama and controversy that occurred prior to its release.

The Z97 Very Similar to its Predecessor. Significant Changes Include Support for M.2 SSD, More Silicon Resource for SATA and Support for Devil's Canyon.

The M.2 form factor now replaces the mSATA which was previously used. M.2 allows for four PCI Express lanes and one SATA 3.0 6Gb/s port. These are exposed through the same connector which allows simultaneous use of both PCIe and SATA on the board. M.2 allows longer modules and double sided components population, therefore enabling the M.2 to deliver double the storage capacity within the footprints of mSATA SSDs. The use of the M.2 on the Z97 by Intel uses two of the chipset's PCIe lanes for storage purposes. This allows for a theoretical transfer speed of 1Gb/s. Real world transfer speeds are expected to be no more than 850 Mb/s however. The use of two lanes is not exceptional by any means though. Other boards out there using the M.2, such as Samsung's XP941 use up to four lanes. It looks like Intel simply has run out of usable lanes in this case.

Coming towards SATA resources on the Z97. Intel has integrated the PHY layer on the board and this is routed directly to the SATA Express supporting ports. This also allows for PCIe's reference clock of 1000Mhz to be carried over. Therefore, SATA express now has its own reference clock with independent spread speed-spectrum clocking. This integration of two lane PCIe based SATA express now results in greater speed by allowing the combined use of their resources. Now coming towards perhaps the most anticipated and important feature of the Z97. The Z97 will be the only board, according to Intel, to support the upcoming faster Haswell versions - Devil's Canyon. Enthusiasts and users alike looking forward towards Devil's Canyon will therefore have to choose the Z97. The Z97 is also the first board to feature direct chipset security through Boot Guard. It works through a combination of software and Haswell architecture to reduce installation chances of malware and rootkits on the machine.

You can also check out our review of the Z97 chipset based motherboards in the links given below:

A total of 26 desktop processors have started shipping to retailers across the globe and are available for sale now. The Core i7-4790 will be the flagship processor of the Haswell Refresh lineup and the first 22nm consumer CPU to obtain clock frequency of 4 GHz. It will feature 4 cores and 8 threads. The Core i7-4790 will also be available in ‘S’ and ‘T’ variants which will retail at the same price of $303 US but will feature lower clock speeds since they are aimed towards low TDP and low power platforms. The entire Haswell Refresh lineup can be seen in the chart provided at the bottom of this article: 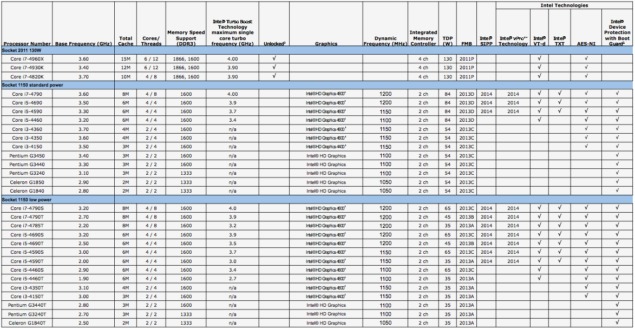 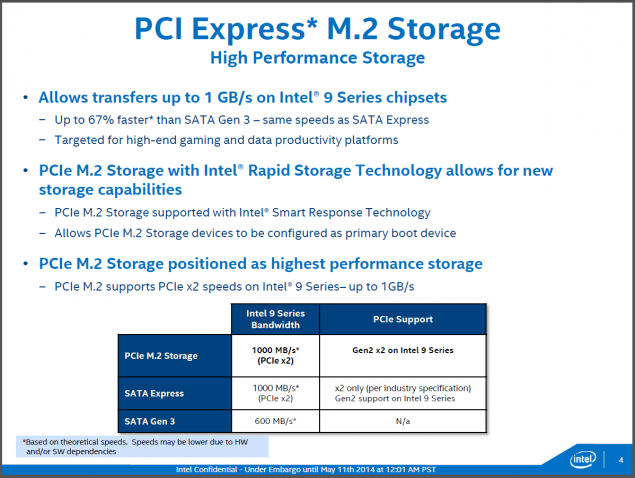 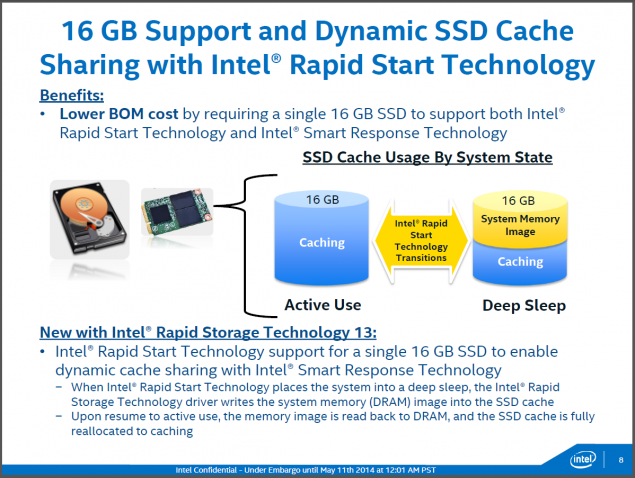