Moving over to the MSI 500 series lineup, the board manufacturer is preparing 15 Z590, 12 B560 & 3 H510 motherboards. The MSI lineup will feature a range of families. These include the MEG or Massive Enthusiast Gaming lineup which focuses on the enthusiast gaming segment, MPG which stands for Massive Performance Gaming and carters the high-end market, MAG, or the Massive Arsenal Gaming which focuses on the mainstream and budget segment while the PRO series is designed with content creators in mind. 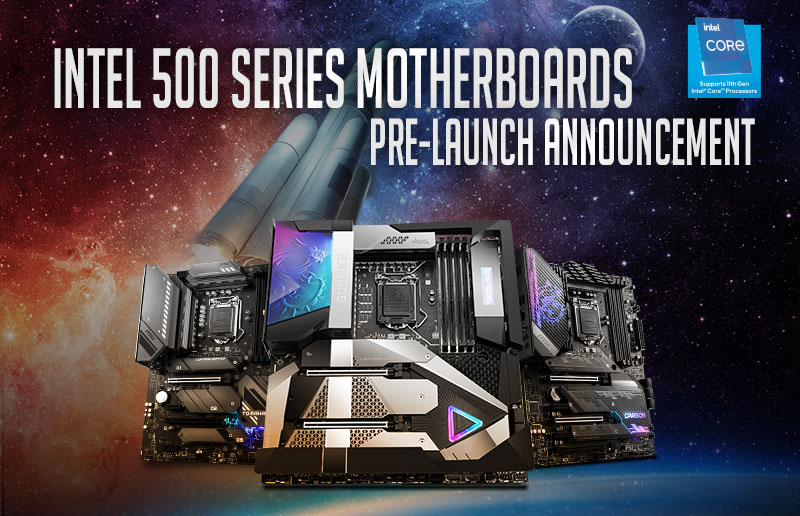 Following is the complete lineup of motherboards that MSI is going to offer:

MSI is back with its GODLIKE, this time featuring the Z590 chipset and design that is much powerful than ever. The MSI MEG Z590 GODLIKE features an insane amount of technical expertise that has gone into its design and development. Featured as MSI's flagship Z590 product, the Z590 GODLIKE comes with an insane power delivery setup. You get a Direct 20 Phase All-Digital VRM with 90 Amp Smart Power Stages. Power to the VRM and CPU socket is provided through a dual 8-pin connector configuration. 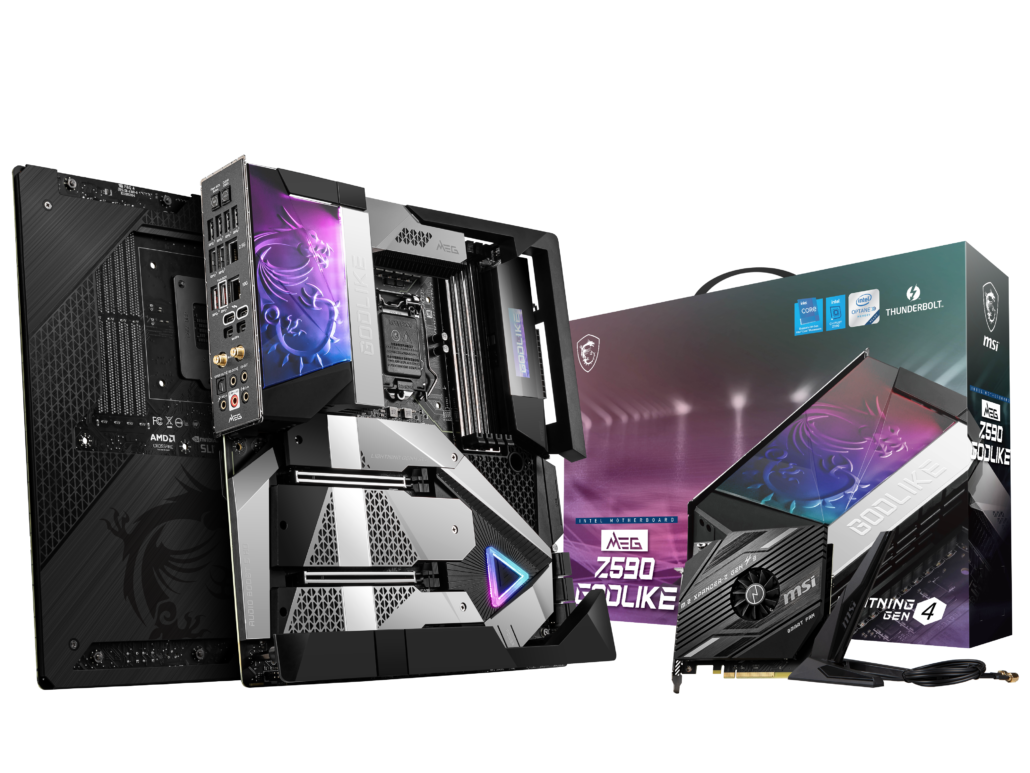 The rampage doesn't end here, the MEG Z590 GODLIKE also features support for four DDR4 Rams with speeds of up to 5000+ MHz (OC) and a capacity of up to 128 GB. The board features 6 SATA III ports and also dual USB 3.0 front panel headers. Before we talk about I/O and expansion on this motherboard, let's look at the design itself. MSI's MEG Z590 GODLIKE is simply put, brilliant in its design and features. The E-ATX motherboard features several heatsinks and a futuristic design theme on it with brushed metallic accents in grey and black colors. The heatsink includes an 8mm Heatpipe and also comes with active Frozr cooling with Zero Frozr technology.

The motherboard features several mirrors that are embedded on the motherboard which display various RGB effects and one cut out actually has a built-in OLED screen which is a continuation from the Z490 GODLIKE. You will be able to see a range of things such as GIFs, System info, Debug function, and various other details with the Dynamic Dashboard II utility. The motherboard also comes with an aluminum backplate.

Now coming to the expansion slots, the MSI MEG Z490 GODLIKE motherboard features two PCIe 4.0 x16 slots and quad M.2 slots (1x Gen4x4, 3x Gen 3x4), all of which are cooled by the M.2 Shield Frozr heatsinks. MSI also bundles the board with an M.2 XPANDER-Z Gen4 S AIC which offers two additional M.2 slots that are cooled by active cooling. There's an additional 6-pin connector on the bottom of the board to help it support the additional power stress of the PCIe lanes when loaded up with several devices at once. But here's the thing, MSI has added extra PCB layers to the PCBs on all Z490 boards, 8 in total on the GODLIKE.