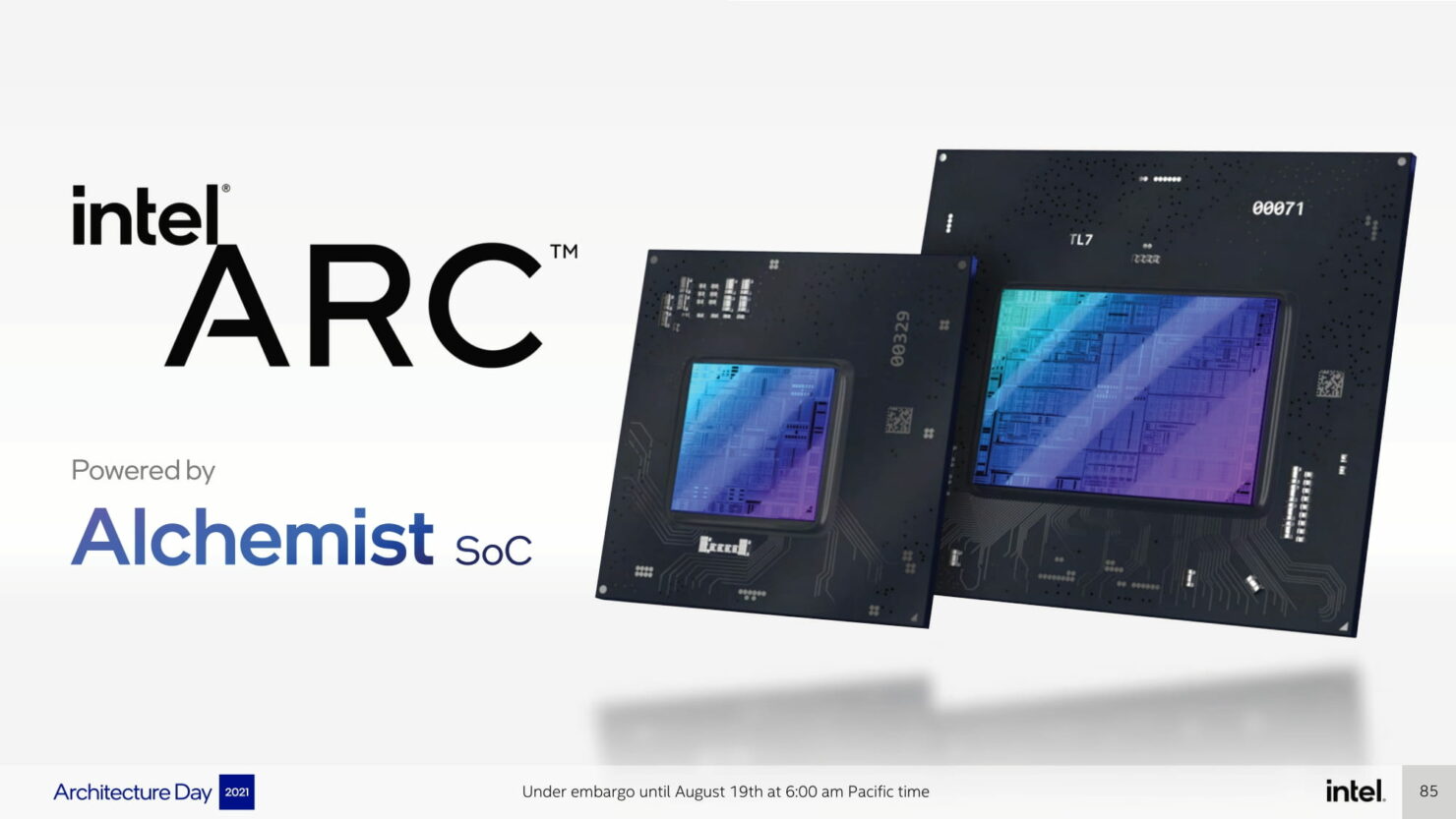 Intel revealed quite a few new details about its upcoming Xe HPG graphics at Intel Architecture Day 2021 including a full-fledged roadmap. The first family of Intel GPUs is going to be called Alchemist and will be landing in the first quarter of 2022. This will be followed by Xe2, Xe3 and Xe NG which are dubbed Battlemage, Celestial and Druid respectively. 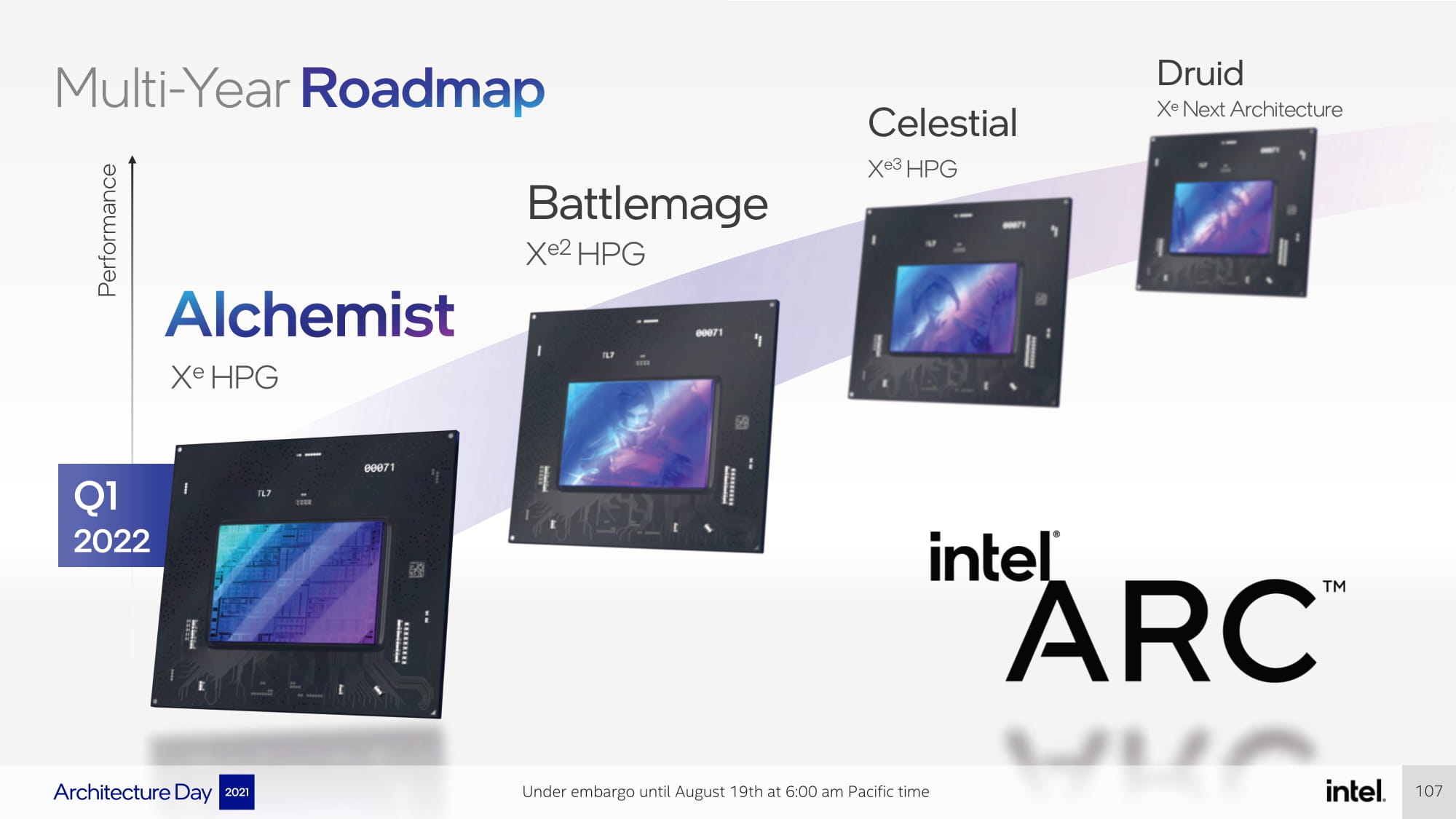 Intel: We defined a new computer building block, which serves as a foundation for the XE architecture as part of this architecture change. We're also takeing the opportunity to update some of the naming so you won't hear us talking about execution units much anymore. Execution units are getting too large to reason about and the generational changes make it difficult to do comparisons. So, allow me to introduce the XE core which includes efficient, arithmetic units, caches and load store logic. The arithmetic units include engines for traditional floating point, integer vector operations along with engines to accelerate, convolution and matrix operations commonly found in AI workloads.

Intel has decided to rename the Execution Unit to more technical nomenclature. Instead of an EU, Intel is now using the following standard. The basic unit of the Intel Xe Alchemist GPU will have 16 vector engines (256 bit) and 16 matrix engines (1024 bit) making up an “Xe Core”. Each Xe Core will have its own dedicated Sampler, Geometry, Cache and a shared Pixel Backend. 4 Xe Cores make up one render slice. Each render slice has its own ray tracing unit as well. 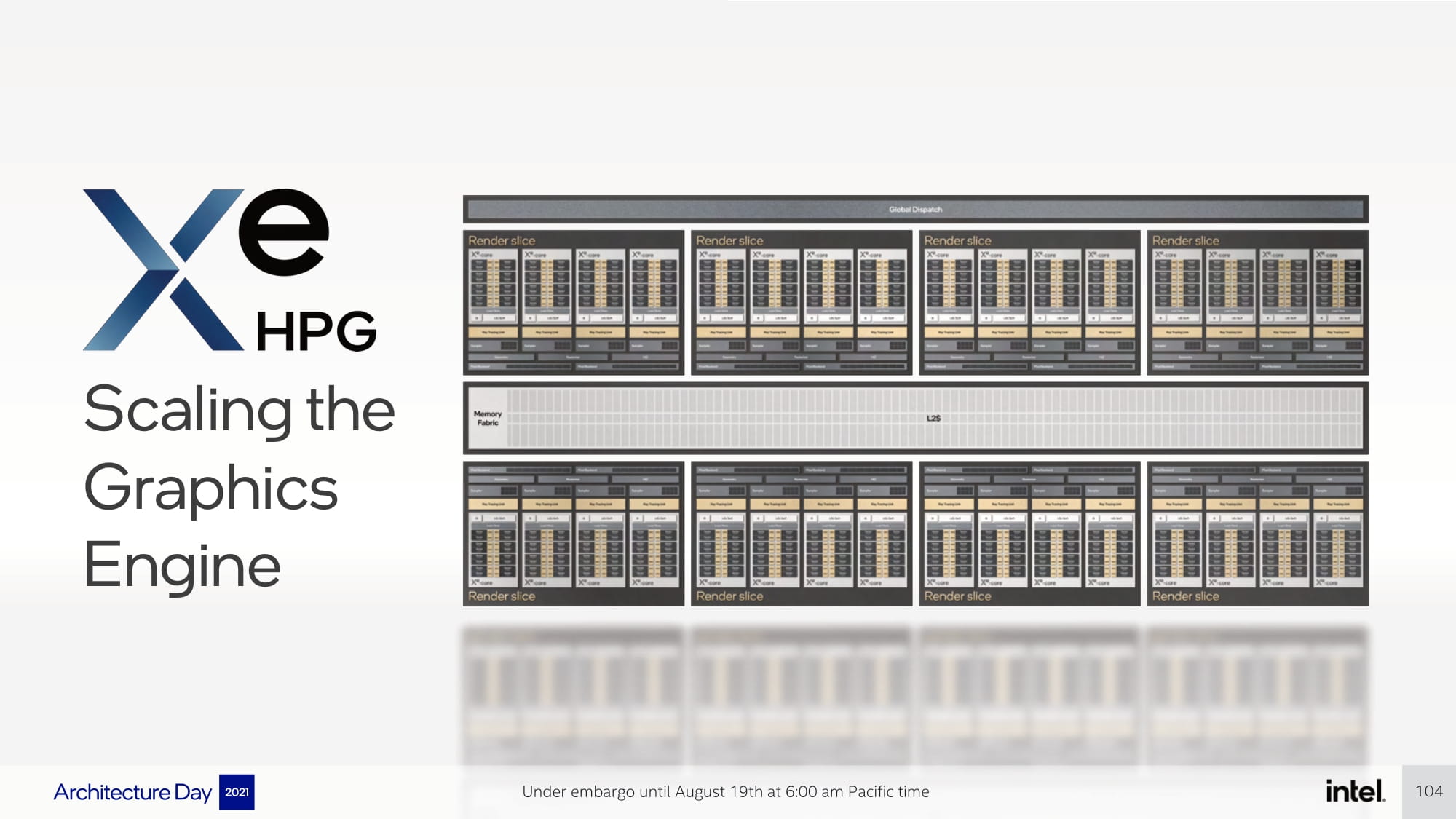 The first iteration of the Intel Xe HPG GPU will have 8 slices, each consisting of 4 Xe Cores. This makes up a total Vector/Matrix count of 512 (8x4x16). And yes, that is exactly what the older “EU” count of this GPU was. Assuming the base architecture is the same (which it should be) we are still looking at 4096 ALLUs (512*8).

In the world of graphics, there is an insatiable demand for better performance and more realism. TSMC is excited that Intel has chosen our N6 technology for their Alchemist family of discrete graphics solutions.

There are many ingredients to a successful graphics product including thee semiconductor technology. With N6, TSMC provides an optimal balance of performance, density and power efficiency that are ideal for modern GPUs. We are pleased with the collaboration with Intel on the Alchemist family of discrete GPUs.

Intel Xe HPG will be manufactured on TSMC’s 6nm process, which should give them quite the kick in terms of power efficiency and transistor density. This also means that we might actually get some good volume out of these when they launch. 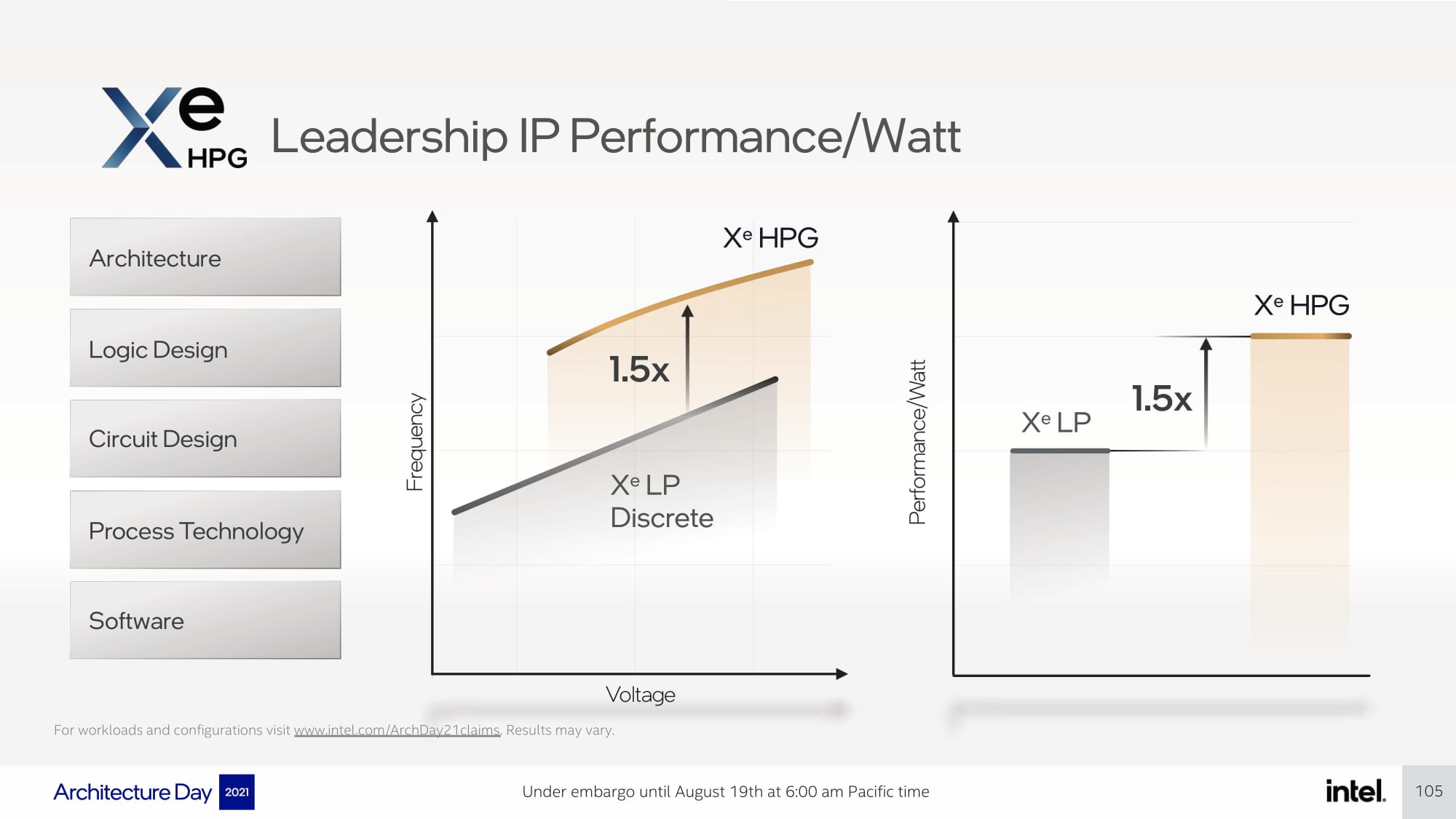 Intel’s Xe HPG architecture will be able to achieve 1.5x higher clock rates than Xe LP and also deliver 1.5x higher performance per watt. This means we are looking at clocks in the 2.1 GHz range considering the Xe LP discrete GPUs were clocked at 1.4 GHz. It also means that Intel will be able to squeeze additional power out of the architecture, should they want to, without increasing the power draw (or reduce the power draw while keeping performance constant.