Intel Succesfully Showcases SSD Overclocking at the IDF – Is a New Era of OC Inbound?

Most of the PC Enthusiasts overclock. This is a fact. But we were always limited to our CPUs, GPUs, Rams and in some cases Motherboards. Now Intel has showcased its SSD Overclocking, times are in for a change. With a decent overclock of 10% achieve by the Intel staff, we feel that the time will soon come when we will see 'Kingpin' overclocks of SSDs too.

Mr. Dan Ragland who is a Senior System had the honor to be the first SSD Overclocker in history. Using a  Clevo W740U laptop, he used an unreleased version of the Extreme Tuning Utility (XTU) complete with the experimental SSD overclocking tab to OC an Intel SSD by 10%.

In this SSD Overclocking session he increased the Intel SSD's memory controller frequency from 400MHz to 625MHz. He then showed us the AS SSD Benchmark results for comparison. So for an increase of 225MHZ you would get an overall increase in score of 10%. Not bad. Considering the fact that Storage overclocking was impossible before SSDs.

The Intel Extreme Tuning Utility had a pair of sliders both for Memory Controller Frequency along with 2 levels for the NAND Chips. It is unclear at this stage what effect (if any) this will have on your SSD's Data Integrity and other work load performance. If you overclock and your risk of data loss increases exponentially is it really worth it? 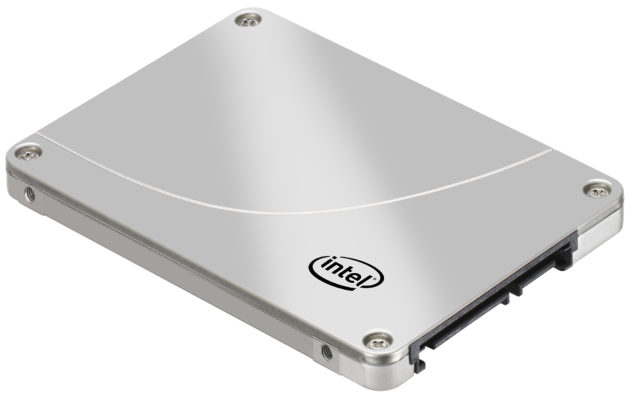