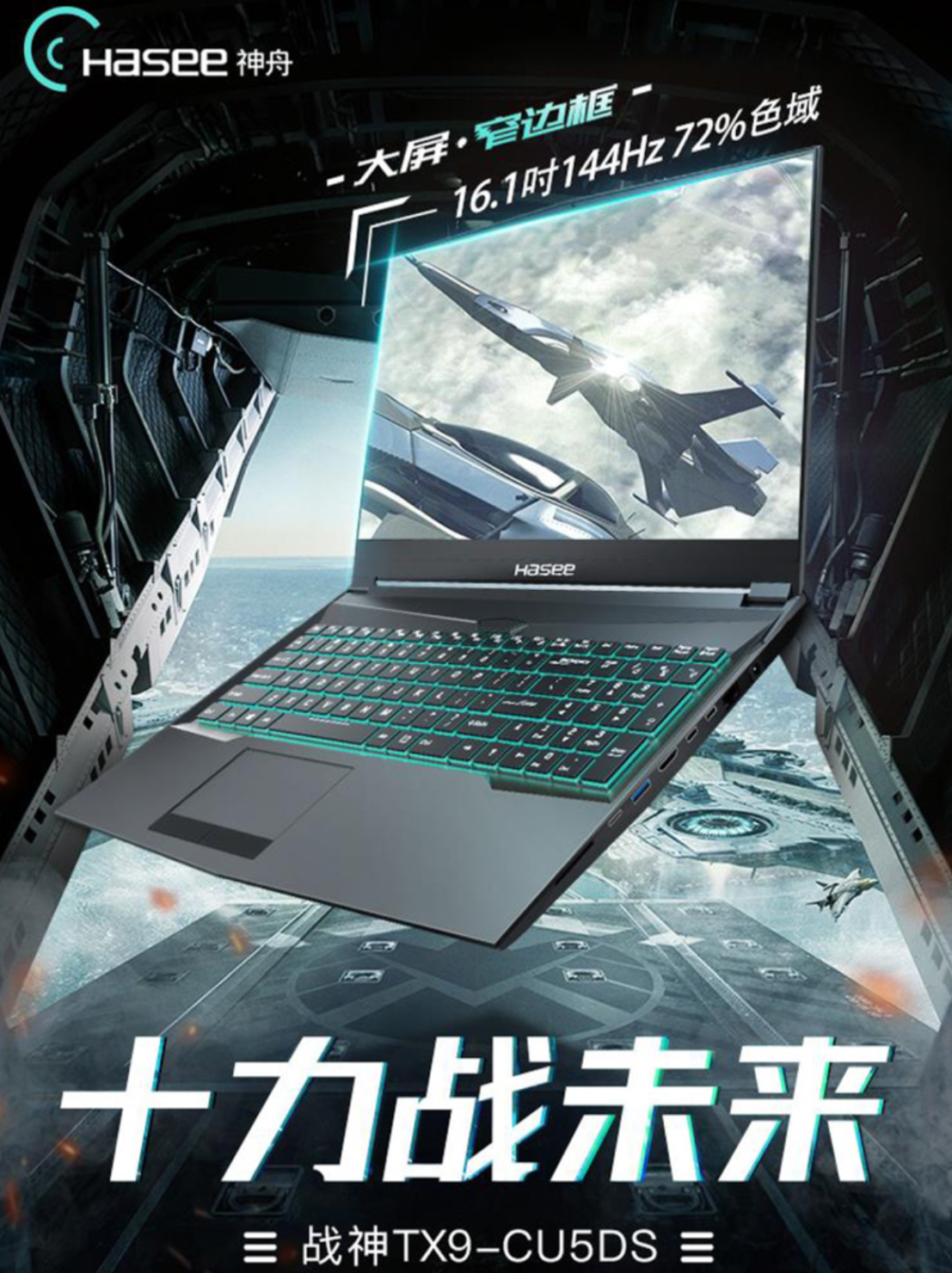 Chinese laptop maker, Hasee, will soon be introducing its brand new designs which feature Intel's 11th Gen Rocket Lake CPUs and NVIDIA's GeForce RTX 30 Mobility GPUs. The fun fact about these laptops is that they are making use of desktop-grade chips instead of laptop SKUs which is quite an interesting choice given that Intel Tiger Lake-H (45W) CPUs are just around the corner.

Hasee is definitely making an interesting choice by going with Intel's 11th Gen Rocket Lake Desktop CPUs instead of the 11th Gen Tiger Lake (45W H-Series) mobility lineup. We aren't sure of the exact reason but these desktop-grade CPUs launch at the end of March so we can expect their availability around April.

Coming to the specifications, the Hasee laptops include the TX8 and TX9 series, both of which come with Intel's 11th Gen Rocket Lake Desktop CPUs and NVIDIA's GeForce RTX 30 Mobility GPUs. Hasee TX8 series laptops are the base variants that start at around $1300 US & feature a choice of Intel Core i5-11400 6 core or Core i7-11700 8 core processors. Both variants come equipped with NVIDIA GeForce RTX 3060 6 GB Mobility GPU, a 16.1" IPS panel with 144 Hz refresh rate, 16 GB DDR4-3200 memory, and 512 GB of PCIe storage.

The top TX9 models come with the same Intel Rocket Lake Desktop CPU choices but feature the NVIDIA GeForce RTX 3070 8 GB graphics card. The rest of the specifications remain the same but due to the GPU upgrade, the base model costs $1500 US while the top-variant costs $1650-$1700 US. This won't be the first time that we see desktop-grade GPUs featured on laptops. Other laptop manufacturers such as CLEVO & XMG have been offering desktop CPUs in their laptops for a while now. It is likely that the laptops house a mainstream chipset such as the B560 or H510 to power the platform.

The Intel Rocket Lake 11th Gen CPUs feature a 65W TDP while the Tiger Lake-H lineup will start at 45W TDP and go up from there in various configurations set by OEMs. The Tiger Lake-H lineup will also feature up to 8 cores and has a slightly better architecture tuned for high-performance & CPU efficiency. There's no word on the release date of these laptops but once again, we can see a formal unveil by the end of this month followed by retail availability next month.