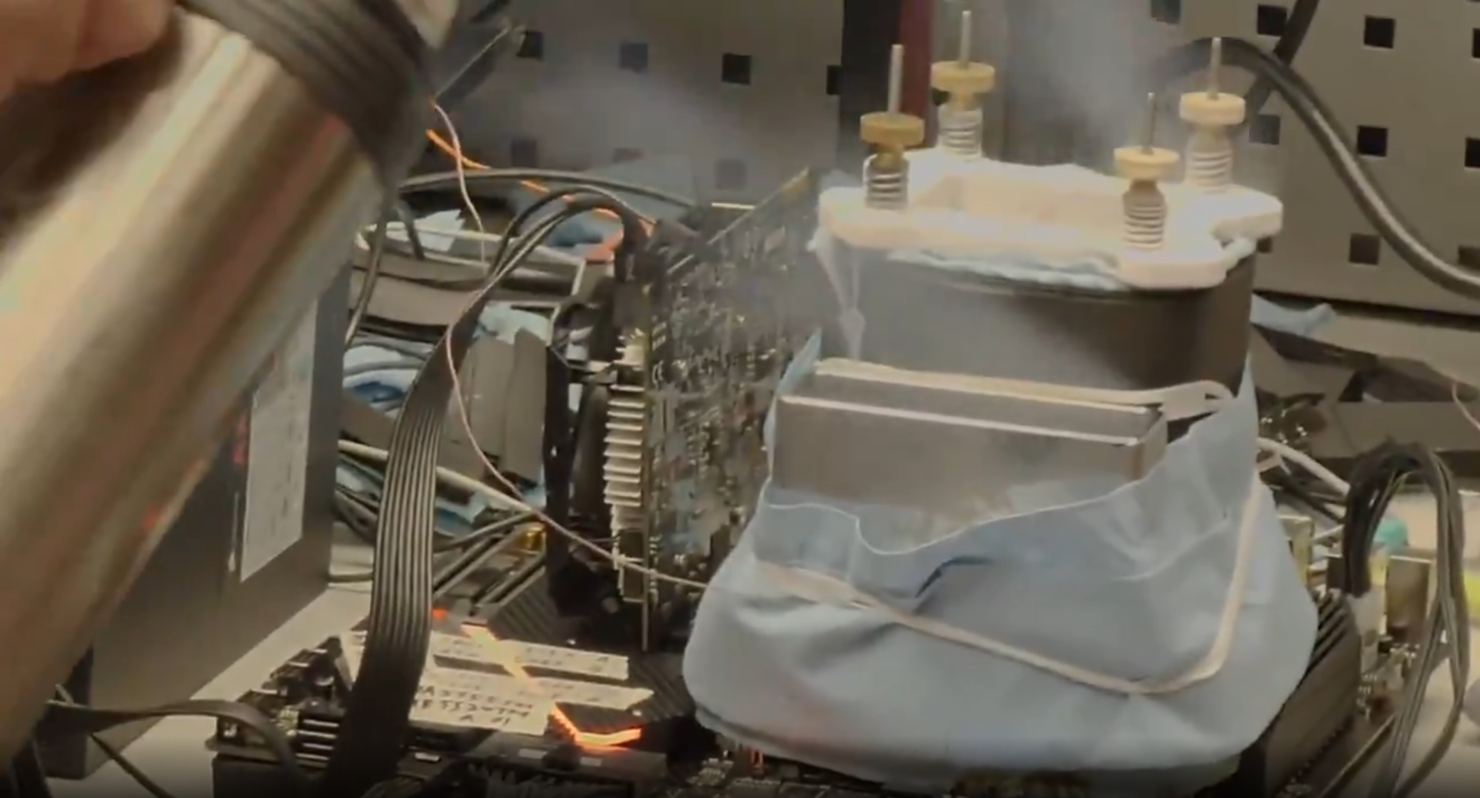 Intel's upcoming 11th Gen Rocket Lake Desktop CPUs are already in the hands of overclockers and they are pushing the chips to their literal max limits as showcased in a teaser video of sorts posted by VWorld.

The video shows a small teaser of an overclocking session which is most likely been done internally by a board manufacturer, Gigabyte, in this case, to push Intel's next-gen Rocket Lake Desktop CPUs to their max limits. The CPU shown in the brief teaser clip is definitely an Intel Rocket Lake CPU as spotted by Videocardz. It supports AVX512F and SHA instructions which are not featured on any of Intel's 10th Gen Comet Lake or prior CPU releases.

Other specifications that are reported include 4 MB of L2 cache and 16 MB of L3 cache along with 8 cores & 16 threads. This pretty much confirms that the chip being tested is indeed an Intel Rocket Lake CPU and based on the 14nm Cypress Cove core architecture. We cannot confirm which SKU is being used since both the Core i7-11700K and the Core i9-11900K feature the same core config and the only difference between them is the clock speeds but overclockers tend to use the top-end CPU for such sessions and considering the Core i9-11900K is a better bin, that must be the chip that was overclocked here.

Coming to the overclocking results, the CPU was tested on an unnamed Gigabyte Z590 board with 8 GB of DDR4 memory running at 6666.6 MHz. No voltages or thermals were shown but since this was done on an LN2 testbed, it is bound to be in the sub-zero range. The CPU was running at 6.92 GHz which is almost 7.0 GHz and quite an impressive number for the unreleased CPU. It is still not as high as the 7.7 GHz world record achieved with the 10 core, Core i9-10900K CPU, last year.

Board manufacturers usually hold internal overclocking sessions to showcase the strength of their upcoming products. Considering that Gigabyte is going to offer an insanely good VRM solution on its next-generation flagship AORUS Xtreme motherboard, there are chances that this is the board that was tested here. The Intel 11th Gen Rocket Lake Desktop CPU family will be unveiled at CES 2021 next week followed by a launch in March.