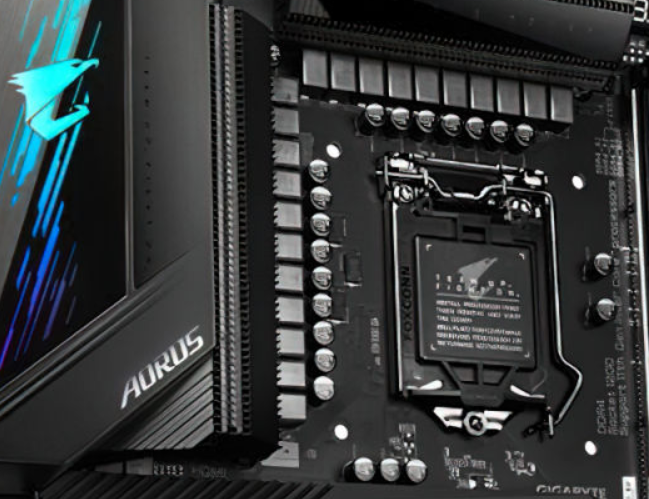 Gigabyte's insane and upcoming flagship motherboard, the Z590 AORUS Xtreme has leaked out by Videocardz. The motherboard is simply an insane monster that is purely designed to support Intel's Rocket Lake Desktop CPUs with insane amounts of power.

The Gigabyte Z590 AORUS Xtreme is as high-end as Z590 motherboards can get. It has all the bells and whistles which you can expect from an enthusiast tier design & as such, expect it to be priced really close to the $1000 US mark.

Starting with the specifications, the Gigabyte Z590 AORUS Xtreme is designed from top-to-bottom to support Intel's 11th Gen Rocket Lake Desktop CPUs. It features the LGA 1200 socket that can be used to house both 10th Gen Comet Lake and 11th Gen Rocket Lake CPUs (depending on your own preferences if you're going for more cores/threads or a better overall performing chip). 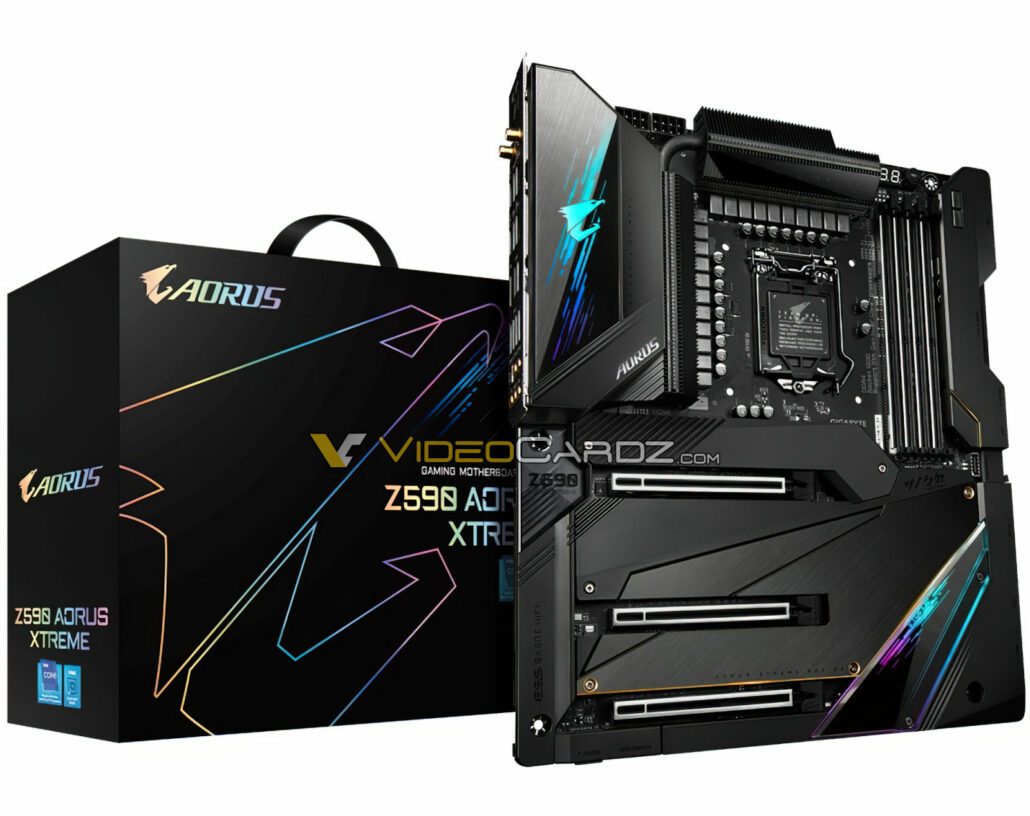 Some more data about this board was posted by Komachi which suggests that the board packs an insane 20+1 phase digital VRM design with 100A power stages. This powerful VRM delivery system is cooled off by two large aluminum-finned heatsinks which are interconnected by a solid copper heatpipe with nickel-plating. There's a good chance that Gigabyte is using an active cooling solution that could be hidden underneath the I/O plate. The I/O plate itself features an RGB lit design with the AORUS Eagle engram.

There are the four standard DDR4 DIMM slots that feature metal-shielding around them and will be able to support up to 128 GB capacities with some insane speeds of around 5000 MHz (OC+). In terms of expansion, the board houses triple PCIe 4.0 x16 slots, all of which are also metal shielded. The motherboard also features triple M.2 slots which are covered by the heatsink armor plating but only two of them run over the Gen 4.0 protocol. The Z590 PCH is hidden beneath a large heatsink with a stunning RGB LED-lit accent plate over it.

In addition to these features, the motherboard also has 10GbE + 2.5GbE LAN support, Thunderbolt 4.0, WiFi 6,E, and will also get the latest ALC4080 audio chipset from Realtek. There are also tons of IO on the rear panel but we didn't get a good look at that (yet) so stay tuned for more info next week which is when this motherboard will be officially unveiled. As always,