The two upcoming components were spotted by TUM_APISAK in the not so user-friendly, User Benchmark database. The outlet is known to show biased in favor of Intel's CPUs and NVIDIA's GPUs. It is still a decent resource for hardware leaks but performance leaks should only be of usage if we compare the same vendor due to the aforementioned bias.

With that said, the UserBenchmark database has now listed an Intel Raptor Lake Desktop CPU which matches its specs with the upcoming flagship, the Core i9-13900K. The CPU is still an early sample that features 24 cores and 32 threads in an 8 P-Core and 16 E-Core configuration. From previous rumors, we can expect as much as 68 MB of the total 'Game' cache on this chip. The clocks, being an early sample, are maintained at a 2.4 GHz base and 4.6 GHz boost. This is still pretty low compared to the leaks which have pointed out up to 5.8 GHz boost clocks. 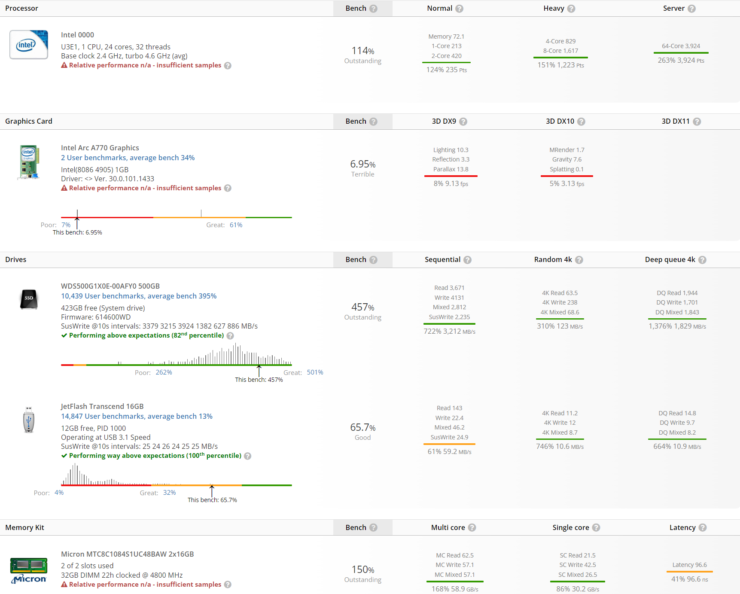 In terms of performance, the CPU actually managed to be slightly faster than the Core i9-12900K. This is mostly due to the increased number of cores and threads. Despite the lower clocks, Intel's Raptor Lake Core i9-13900K shows a 6% improvement in Single-Core and a 24% uplift in the multi-thread performance tests which is nice for an early sample with such low clock speeds. The results are as follows:

Besides the Raptor Lake Desktop CPU, the leaked system was also running a flagship Intel Arc A770 graphics card. The Arc A770 is an ACM-G10-based graphics card for desktops, featuring up to 32 Xe Cores, 4096 ALUs, and clock speeds of up to 2.4 GHz. The graphics card is expected to launch in 8GB and 16GB of GDDR6 memory flavors. It is also anticipated to compete with the NVIDIA GeForce RTX 3060 and 3070 series of cards in terms of performance. However, the performance within the UserBenchmark database shows that the drivers still aren't working as intended due to such poor graphics performance. 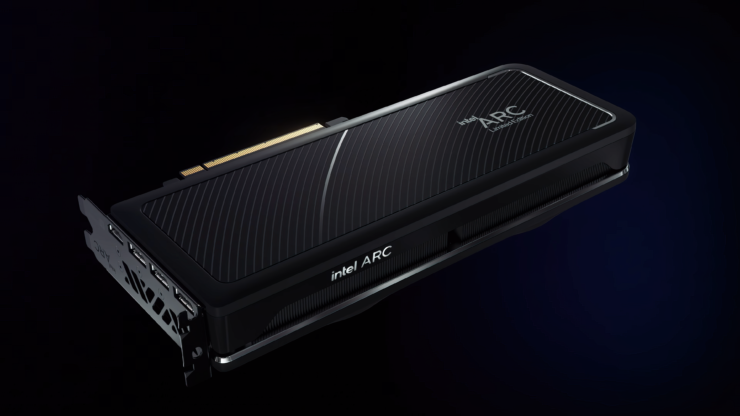 With that said, both the Intel Raptor Lake Desktop CPUs and Intel's Arc GPU lineup for desktops will launch around the same time in the second half of this year.