Intel announced new partnerships with game studios to utilize the XeSS Super Resolution tech in the latest AAA titles during the Innovation 2021 event. The company also talked about a few key topics concerning how efficiency cores will help developers to extract more performance out of games.

The two new Intel XeSS demos were shown by include IO Interactive's Hitman 3 and Exor Studio's The Riftbreaker, both of which are fairly new AAA titles. Intel showcased both games running on an undisclosed Xe-HPG ARC Alchemist GPU. Both games were compared on 1080p resolution and 4K XeSS upscaling. Although the videos are of 1080p quality, you can still see that 4K XeSS really helps enhance the visual quality in both titles.

The upscaled images are both sharp, less blurry and show the textures on various objects in more detail. We have a very in-depth interview with the principal engineer of XeSS here which talks about how the company plans on expanding the technology in their future updates. You can also see an internal 4K XeSS demo here along with further XeSS tech details here.

In addition to XeSS support, Intel also showed a brief demo of raytracing running in Metro Exodus on its own ARC Alchemist GPUs. Another key technology Intel talked about is XeGTAO which is the brand new Gound-Truth Ambient Occlusion method, an advanced form of screen-space ambient occlusion, that delivers greater accuracy for higher image quality. 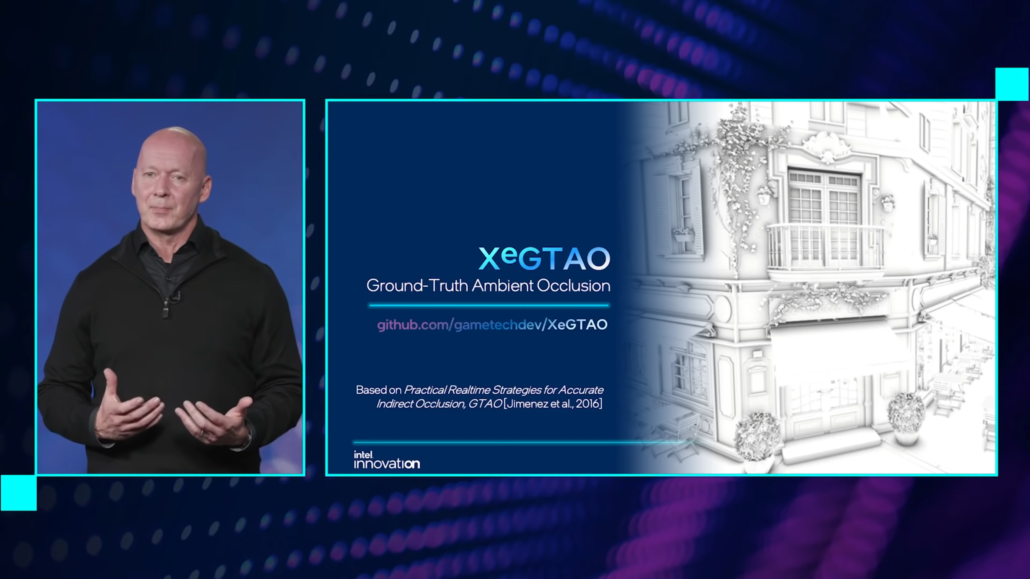 Intel also announced that devs will have access to their XeSS technology through the DevMesh program and anyone from indie to AAA developers can submit a form from the official Intel DevMesh site. Intel is touting up to 2x FPS with their XeSS Super Resolution technology so it will be great to have more options for gamers & the tech also will be workable on both NVIDIA and AMD GPUs. 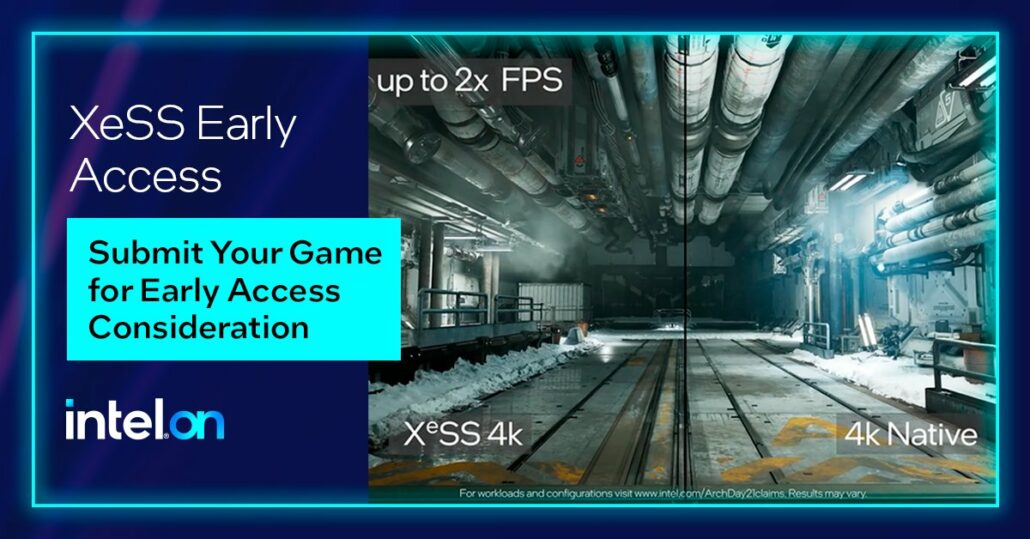 The last most interesting thing shared by Intel was their DeepLink technology which will help Xe-HPG ARC Alchemist GPUs work alongside Iris Xe to boost performance in creation applications. A demo showcasing a standalone ARC Alchemist GPU and another system with DeepLink where the same ARC Alchemist GPU is working alongside an Iris Xe GPU integrated on Intel's CPUs is shown. The DeepLink system ended up with 40% faster transcoding in Handbrake as it was able to utilize more performance out of the Iris Xe chip.

Other than that, Intel reaffirmed that their flagship ARC Alchemist GPU will feature 32 Xe-cores as we detailed here and will be launching in Q1 2022 though it was not confirmed if they are talking about desktop or mobility SKUs.