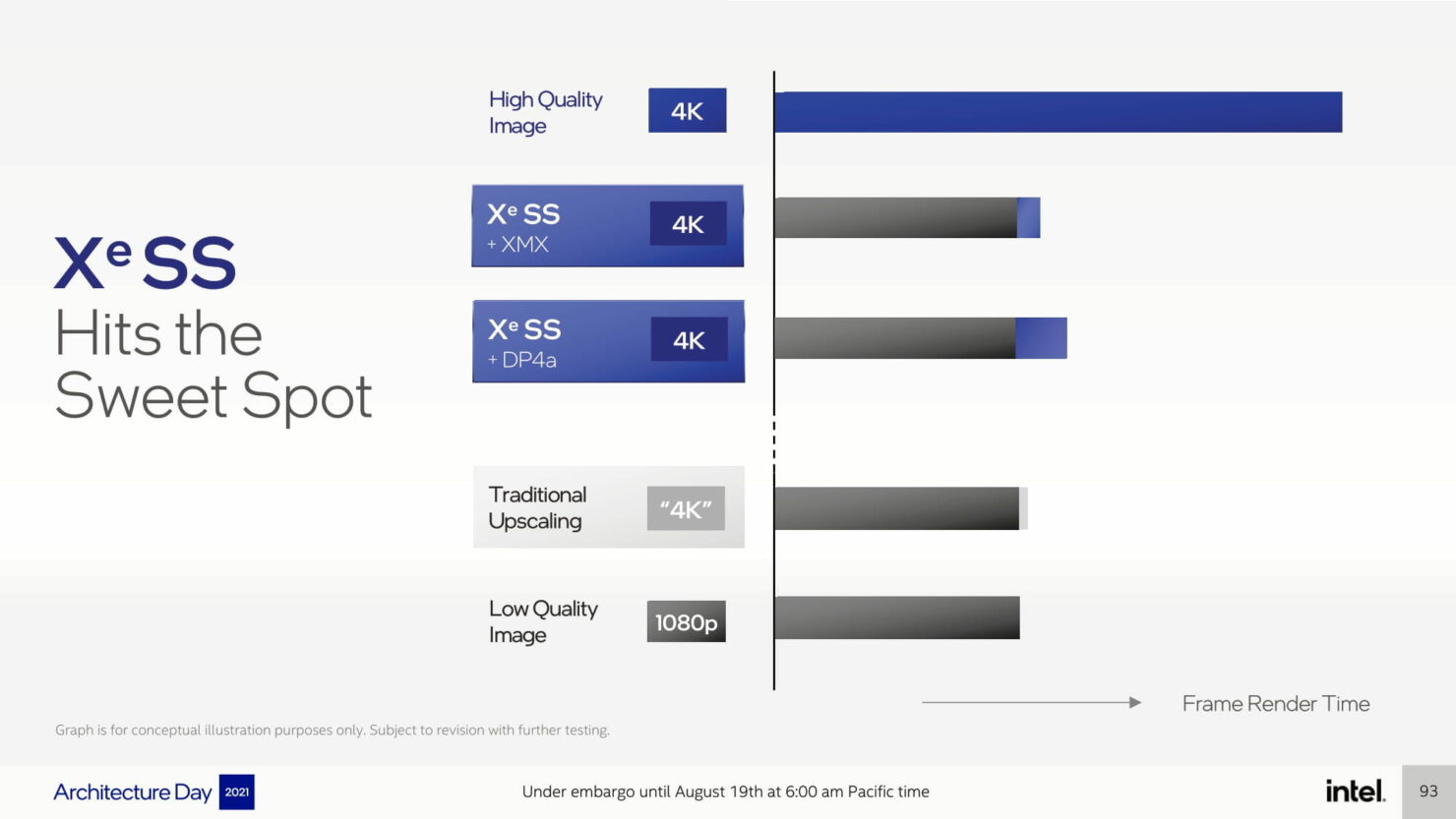 Intel XeSS is AI based and will eventually be open-sourced

Intel revealed that they are already working with Unreal Engine, Microsoft (for DirectX 12 Ultimate), Vulkan (Kronos Foundation) and Unity for API and implementation. The demos that they showed off speak for themselves but we still handpicked some zoomed in frames to show just how good XeSS is at upscaling.

While AMD FSR is based on conventional algorithms, Intel XeSS is comparable to NVIDIA’s DLSS and is based on neural networks (AI/ML based) and can work with far lower input information with far higher fidelity results. Intel is planning to deliver up to a 2x FPS increase on the same hardware using XeSS and are even planning to support older hardware. 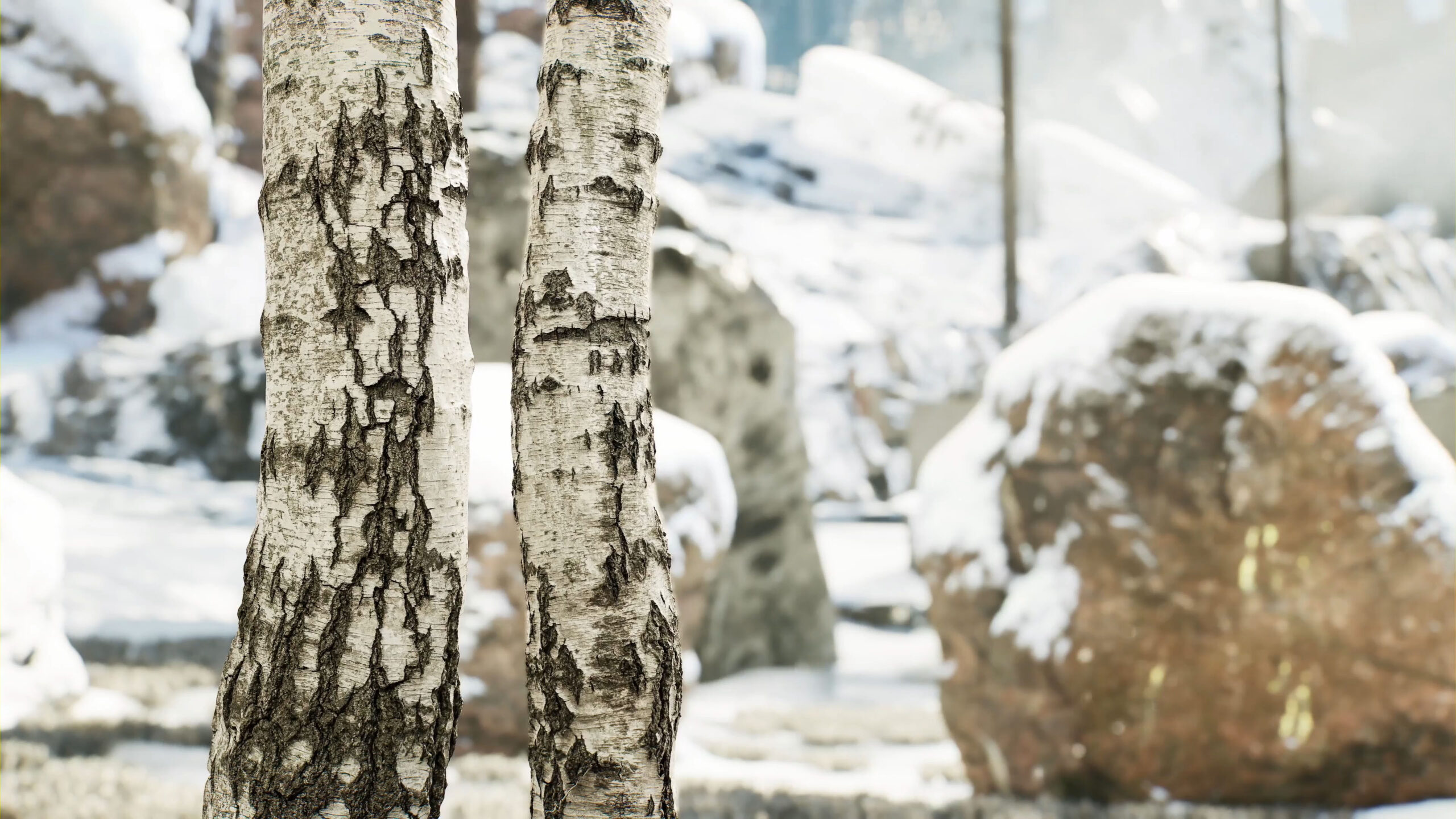 We can see in these screenshots that the XeSS upscaled image results in 2x FPS and is barely distinguishable from the native frame. Oh and this is a 2x crop, so in the standard zoomed out format, you would barely be able to notice any difference at all. Considering super sampling technology has gained the infamous nickname of “Vaseline”, we thought it was interesting that Intel’s approach even in its infancy looks pretty clear. 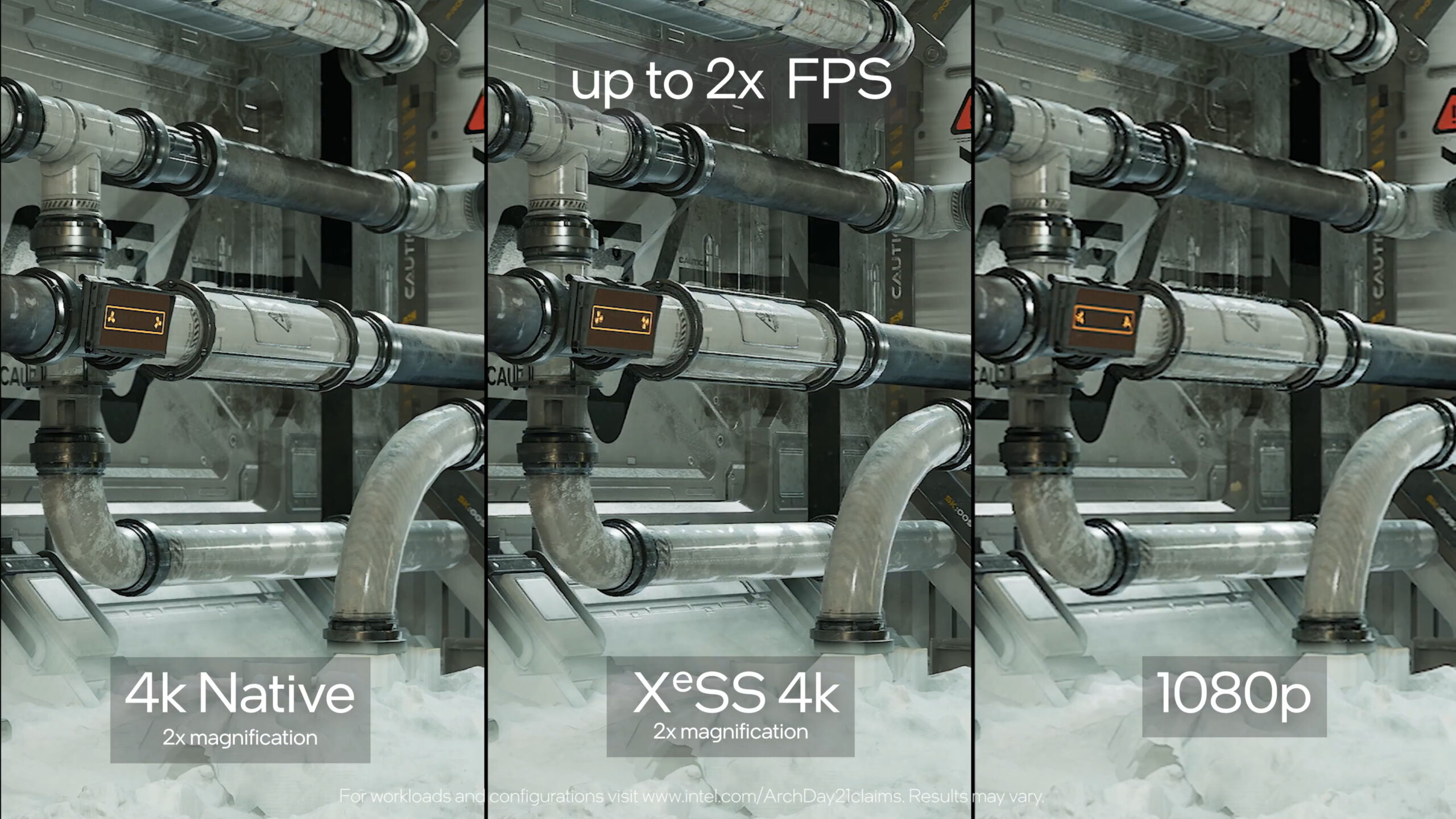 Based on this frame that Intel shared it is also apparent that XeSS will have advanced motion vectors support, which should make it far more accurate in moving scenes. 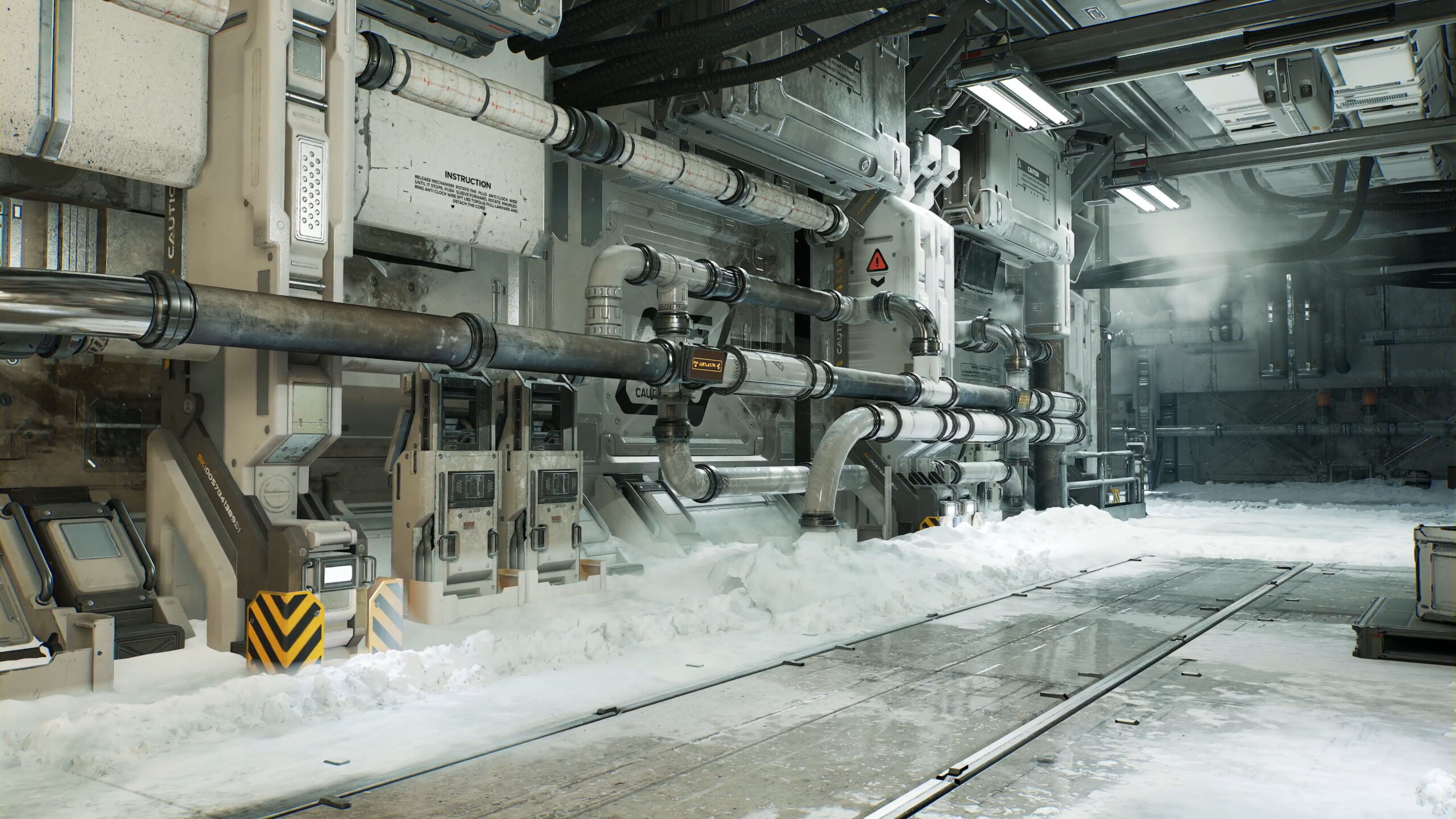 Oh, and best of all? They seem to be taking a leaf out of AMD’s book and plan to make XeSS opensource eventually once initial development completes.