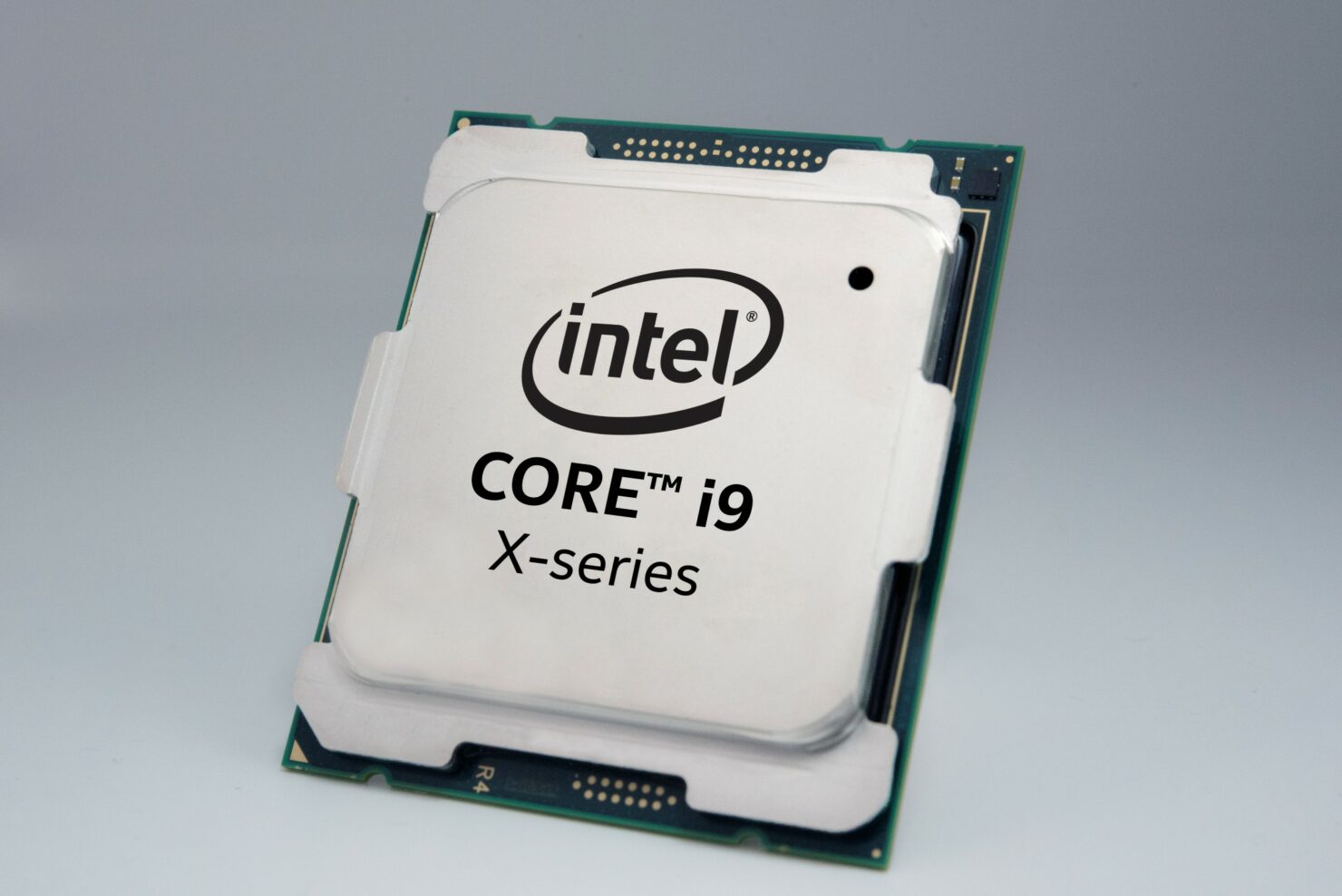 The first performance benchmark of Intel's flagship Core-X series processor, the Core i9-9980XE, has leaked out. The performance benchmarks show that we are looking at slight gains over the current generation Core-X part which is due to higher clock speeds and improved thermal design which will help deliver stable operation under heavy workloads.

Earlier this month, Intel made a load of announcements for their desktop CPU lineup. The unveiled the 9th Generation Core-S and Core-X processors. The Intel Core-S series is already available in the market but the Core-X parts are yet to launch. We haven't really got any details regarding the CPU performance of the flagship parts aside from the ones published by Principled Technologies which aren't as convincing due to their testing methodologies and misleading benchmark results. To be honest, Intel commissioned (paid for) those results and we don't find them legitimate until we test the CPUs ourselves to give you the proper results.

Coming to the leaked benchmark (via Tum APISAK), here we see the Intel Core i9-9980XE CPU scoring 10,728 points in the CPU test on 3DMark Timespy. The clock speeds mentioned in the benchmark are 3.0 GHz for the base and 4.517 GHz for the boost clock. We know that the boost clock of the chip is rated at 4.5 GHz so if it was running at stock, it's a good bit ahead of the Core i9-7980XE. 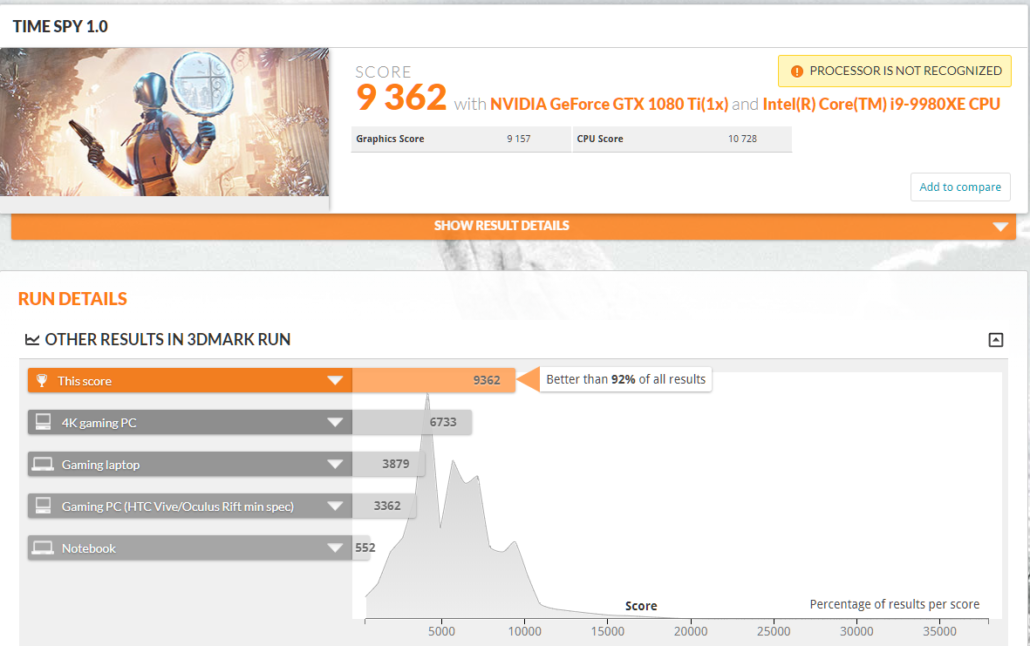 If the chip was over-clocked to 4.5 GHz across all cores, then that's still ahead of its predecessor, but just slightly less. So overall, you can tell that the improvement in the CPU thermal design and higher clock speeds does result in a better processor but it's something that the Core i9-7980XE should have been from the start. 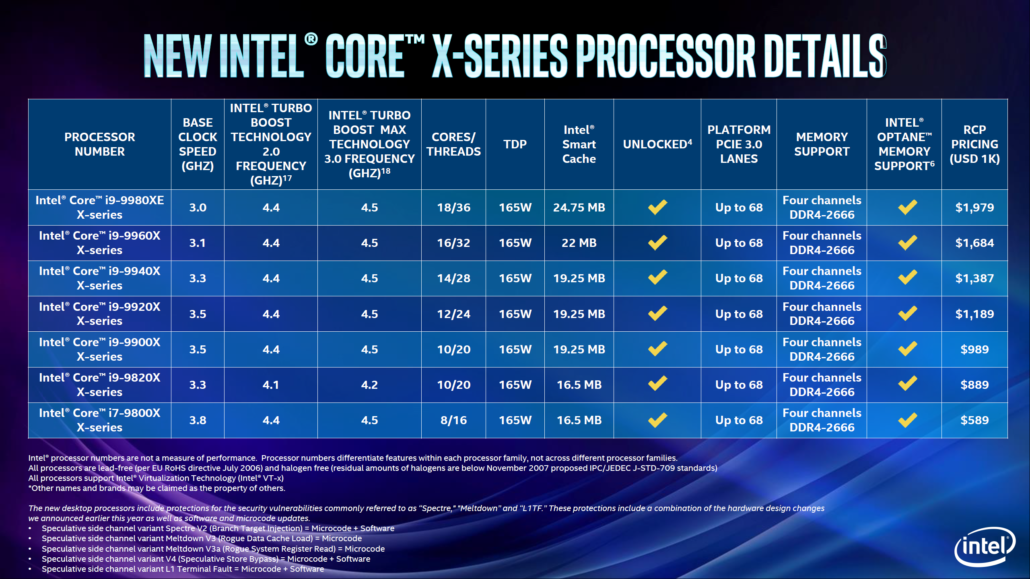