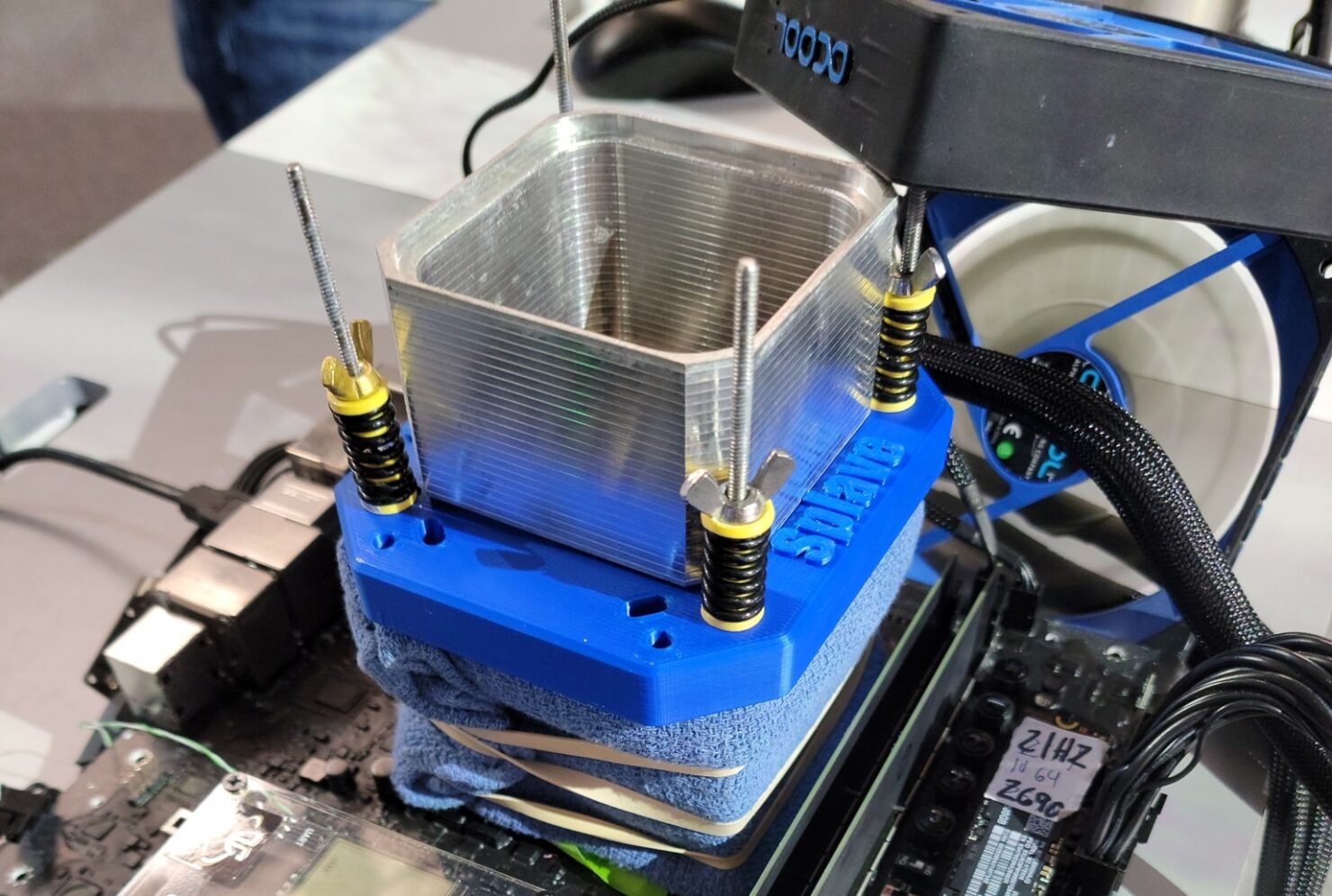 For the demonstration, Splave used the ASRock Z690 Aqua OC Edition motherboard which is one of ASRock's upcoming flagship designs that will rock a liquid cooling water block. A pair of Klevv DDR5-4800 memory was used that was overclocked to DDR5-6200 with CL34 timings, a Reaktor 3.0 pot is used for cooling with LN2 while the entire system was powered by a 1600W EVGA SuperNova PSU. Since the ASRock Z690 OC comes with a dual DIMM design, it tends to offer better memory OC vs standard motherboards but this overclocking configuration was specifically done to push the CPU.

Intel Alder Lake CPUs will be available in the retail segment next week and chips such as the unlocked Core i9-12900K will feature a range of overclocking enhancements for overclockers and enthusiasts which you can read more about over here.