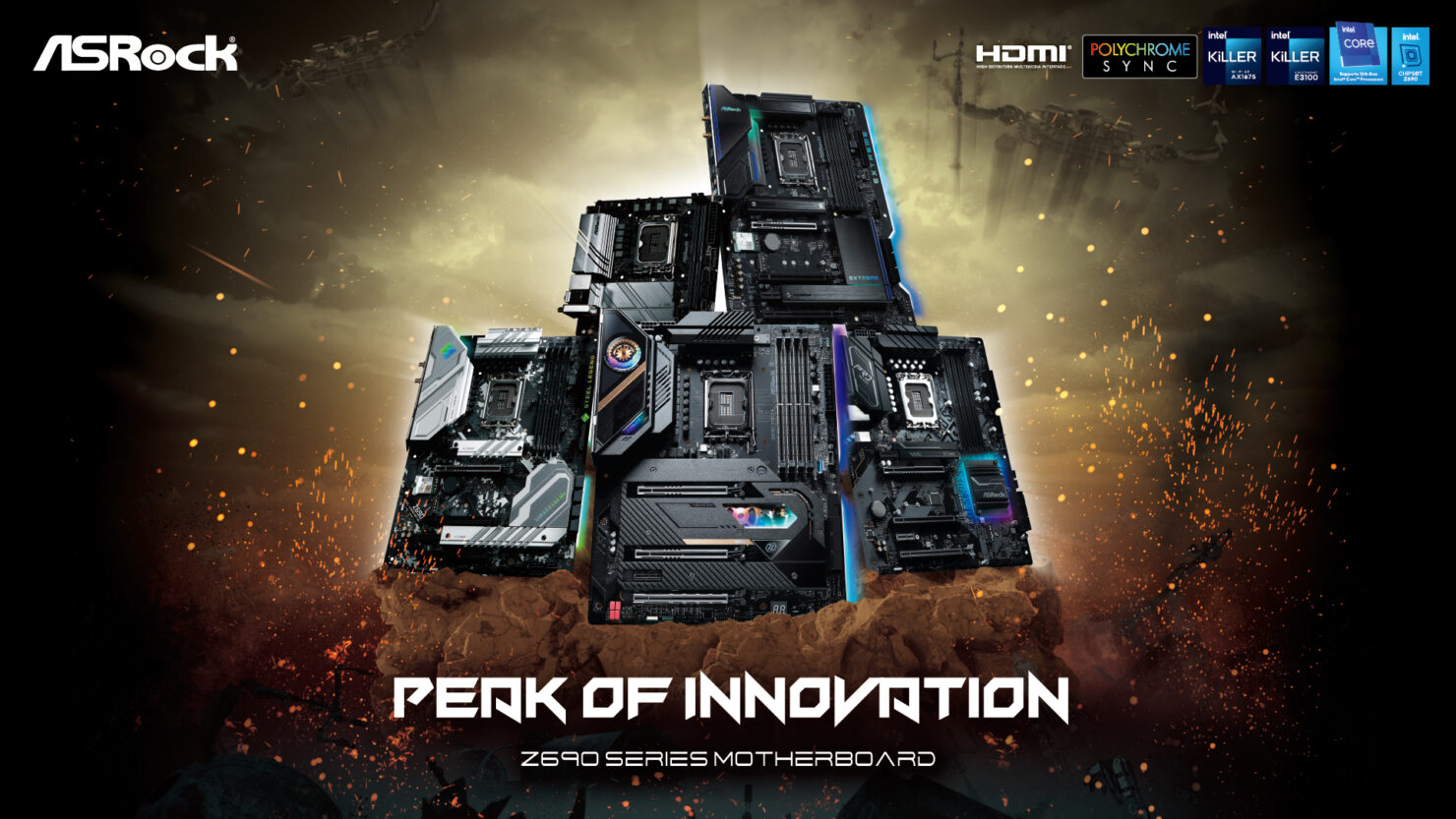 The ASRock Z690 motherboards will continue to excel upon the design foundation set by the last-generation Z590 motherboards. Doing so, the motherboards will also continue to support the base frequency boost or BFB technology that ASRock pioneered a few generations ago. The ASRock BFB technology will allow users to raise the power limit, allowing CPUs to receive more power than their standard PL1 rating (125W for Unlocked SKUs). With the extra juice, the CPUs will be able to run at higher base frequencies than what they feature out of the box. 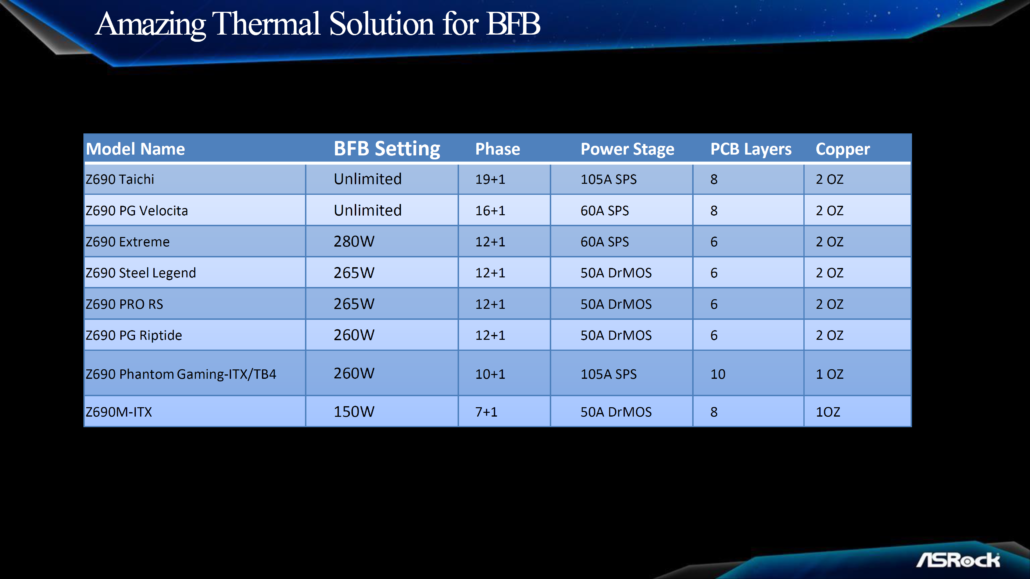 The BFB configuration for each Z690 motherboard varies based on its VRM and cooling config. The high-end motherboards have an unlimited setting which will allow them to deliver maximum power to the CPU while the rest of the lineup ranges from 150W and up to 280W. Again, cooling & overall power delivery matters a lot while this feature is activated so make sure you got your check marks on both.

Coming to the lineup itself, ASRock is going all out with its flagship Z690 Taichi motherboard which comes with the same gear theme that we have known the Taichi series for but this time, the gear is actually going to rotate which is a nice feature. The motherboard also features some great cooling in the form of heat pipe cooling for the PCH and large heatsinks covering the 20 phase (105A) VRM.

The Taichi is followed by the Z690 PG Velocita which rocks gaming aesthetic with black, red, and silver accents. The motherboard also carries a high-end heatsink design for the VRMs that comes with an active cooling solution like the Taichi. The Z690 Extreme, Steel Legend, and Pro RS feature the same 12+1 phase design but the extreme rocks 60A SPS stages while the rest rock 50A DrMOS power stages. Each motherboard has it's own unique aesthetic and set of features.

As for pricing, they are listed below:

We will be posting the specifications sheet for each specific motherboard in a bit so stay tuned for more information to be updated in this article.