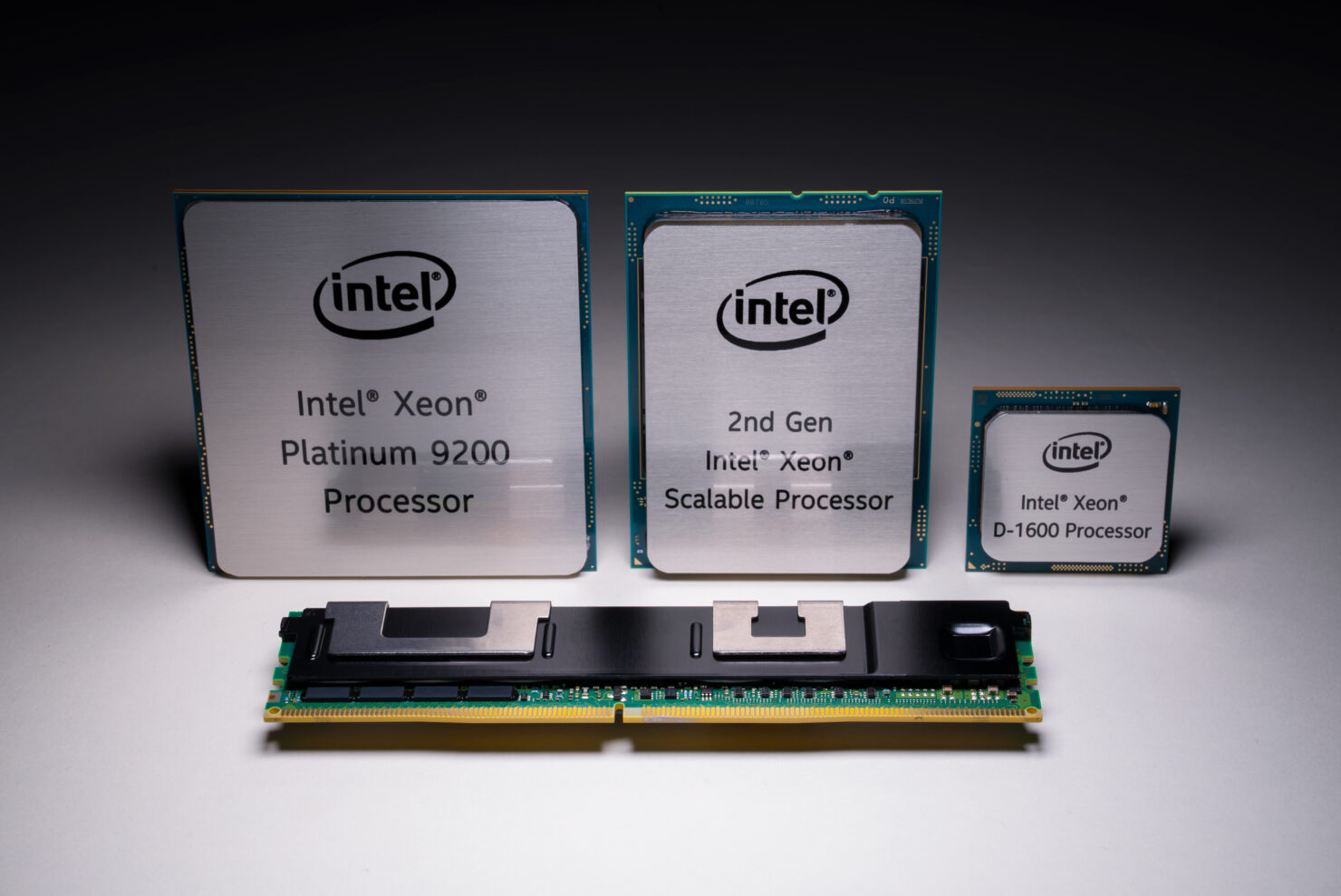 Intel's Cascade Lake Xeon family has been under pressure since the release of AMD's 2nd Gen EPYC Rome family. With its new Zen 2 core architecture, AMD managed to not only offer higher core counts and clock speeds but the 7nm process led to significant efficiency / IPC gains along with disruptive prices that are made possible through the chiplet design. But it looks like Intel is finally deciding to step up their game and refresh their own Xeon family with the release of the Cascade Lake refresh lineup.

In a report posted by CRN (via Computerbase), it is reported that the release of the refreshed Xeon lineup would not only help Intel to reclaim a spot in the server segment but also alleviate the Xeon CPU shortage. Intel is also not refreshing the entire Cascade Lake product stack but rather the mid and entry-level lineup which is where AMD has hit them the hardest.

There are reportedly 18 new SKUs that will make their way in the Cascade Lake Refresh Xeon CPU family. These would offer higher clocks, higher cores and higher cache than the existing parts, but also come with higher TDPs something which is necessary for Intel to deliver the said performance bumps on an aging 14nm process node.

"AMD is forcing them to compete on core count," he said. "The only way to improve performance without dramatically increasing power consumption is higher core counts. It will enable Intel to do a better job of spec matching against AMD's [processors]."

"It might help alleviate some of the supply chain issues, assuming your customer is not impacted with per-core licensing costs," Fertik said. 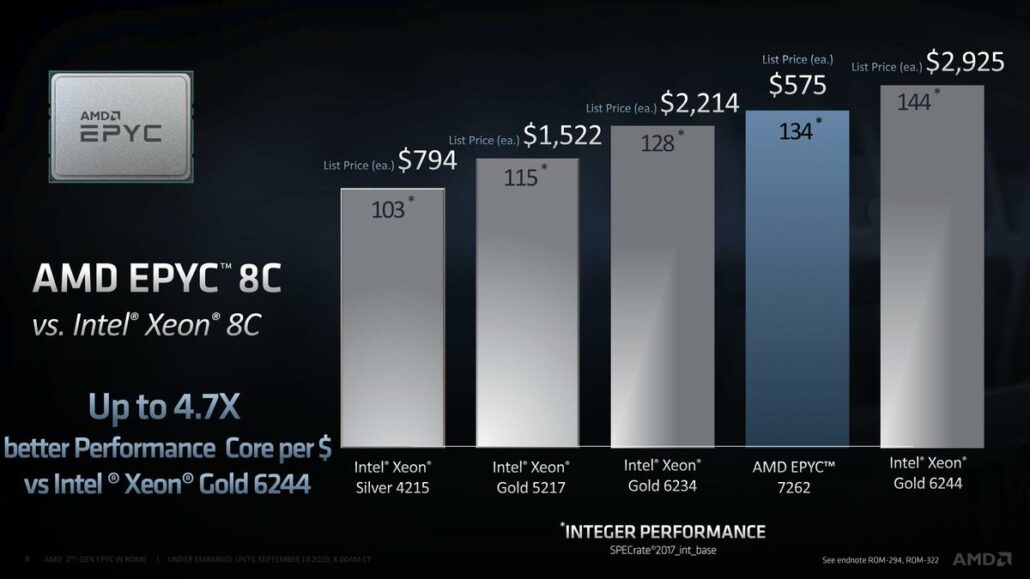 CRN's sources couldn't comment on the prices but they are expected to remain the same as the existing parts while offering better performance per dollar value. Currently, AMD's EPYC Rome line competes against Intel's Xeon offerings with 1.8x - 1.4x better performance per dollar proposition. At the same time, AMD suggested full confidence in their existing product lineup and pricing which are getting significant interest from major HPC/Datacenter/AI customers.

"This is going to sweeten the deal for Xeon," he said. "It's going to be more cost effective."

An AMD spokesperson declined to comment beyond stating the company's "confidence in its current products and future roadmap," which "continues to see significant interest from customers."

Coming to the SKUs, all 18 SKUs are labeled with the 'R' suffix at the very end of their codename which indicates the Refresh part. As mentioned, most of these SKUs are part of the Xeon Gold & Xeon Silver segment while the Xeon Platinum CPUs would stick to their existing specifications. Intel has already announced some significant price cuts to its Xeon Platinum lineup recently without changing the specifications. However, recent benchmarks have shown that top-tier EPYC parts are still doing very well compared to whatever Intel has to respond with despite price cuts of several thousand dollars. An example would be the Xeon Platinum 8280 itself which has been cut from its original price of $18,000 US to $13,000 US.

The chips range from 8 core to 28 core parts. There wasn't a 28 core part in the Xeon Gold segment so that's new. The Xeon Gold segment now also offers a faster 16 core variant while the Bronze line is upgraded to 8 cores versus 6 cores of the previous SKU. Following is the list of all the chips with their respective specifications.

As stated above, these processors would match or be priced similarly to each existing processor, respective of their segment. The Xeon Gold 6258R sounds similar to the Xeon Platinum 8280 with its 28 cores, 56 threads, 2.7 GHz base clock and 205W TDP. But a few extended feature sets would be kept exclusive to the Platinum offering which also supports multiple-socket configurations.

With all that said, it is unlikely that Intel would make a major dent in AMD's dominating position because EPYC Rome has been out for a while and has seen wild traction since its release. Intel, on the other hand, is still trailing behind with an older process node that draws significant power, increasing the TCO. 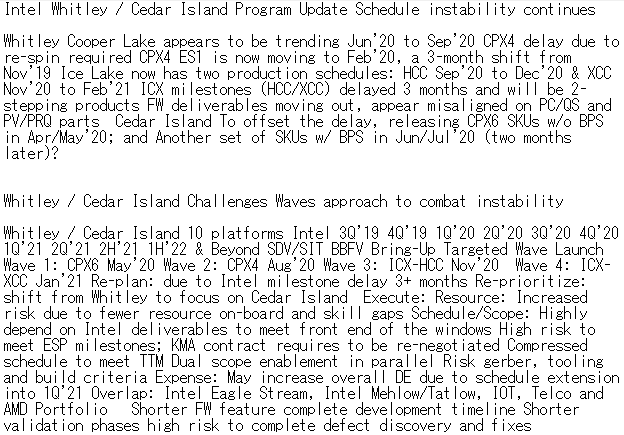 This refresh further confirms the reports of delays we are hearing regarding Intel's Cooper Lake and Ice Lake Xeon processors which have been pushed back by up to 3 months due to various instability issues. This would further increase the pressure on Intel as their 10nm and 14nm Xeon processors would be directly competing against AMD's 7nm+ EUV based EPYC Milan lineup which is going to feature the brand new Zen 3 core architecture which is confirmed to be one of AMD's biggest architectural upgrade since the original Zen core.

Intel has since resorted to some shady tactics, posting benchmarks with improper optimizations for their rival's CPUs which have received major heat from tech experts and insiders. With all of these rumors, Intel doesn't seem to be in a great position at all and once can hope they can revert the damage by the time their next-gen Sapphire / Granite Rapids Xeon parts appear on shelves.