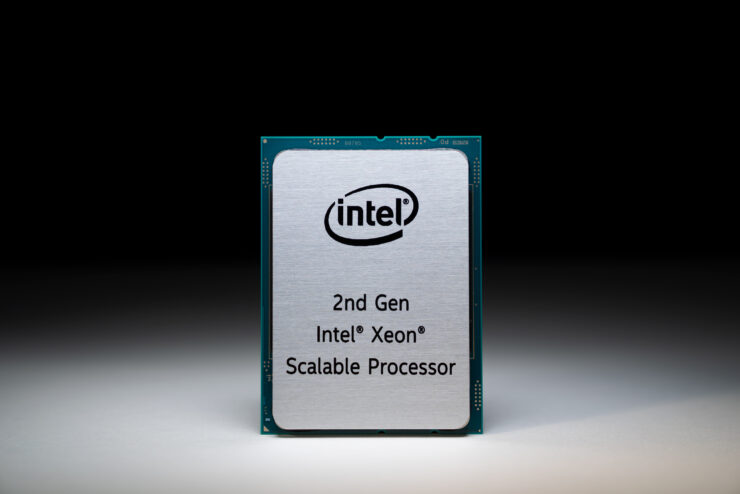 The launch comes as no surprise as we had already got to know about Intel's 2nd Generation Xeon Scalable Refresh family of processors earlier this month. Today, Intel is officially unveiling the new lineup which is composed of 18 SKUs, ranging all the way from 8 to 24 cores. It's not a complete top-to-bottom refresh as Intel has primarily focused on its Gold, Silver and Bronze series while the Platinum line of Xeon Scalable processors remains unchanged.

“Intel’s data-centric platforms offer the broadest market coverage of any server processor platform -– from the cloud, through the network, to the intelligent edge,” said Lisa Spelman, corporate vice president and general manager of the Xeon and Memory Group within Intel’s Data Platform Group. “Working closely with our customers, we are delivering these new server processors to address their performance and pricing needs across a broad range of markets and workloads.” - Intel 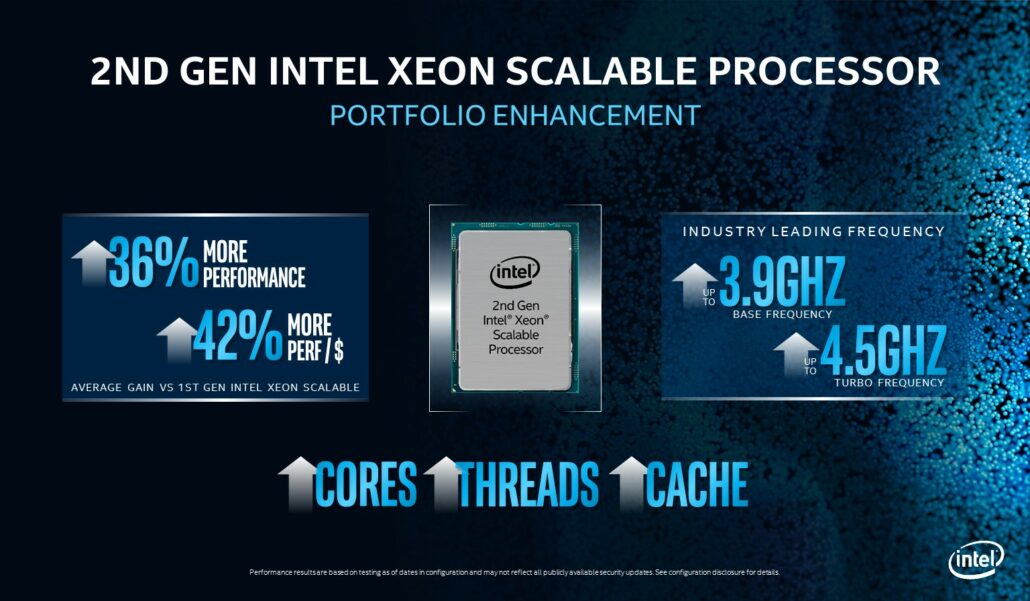 The Xeon Platinum line did receive price cuts last month so that has to be taken into account but the 2nd Gen family offers completely new specifications. Intel has reported up to 36% performance improvement and up to 42% more performance per dollar compared to its initial Xeon Cascade Lake lineup. According to Intel themselves, the new Xeon family brings:

Coming to the SKUs, all 18 SKUs are labeled with the 'R' suffix at the very end of their codename which indicates the Refresh part. As mentioned, most of these SKUs are part of the Xeon Gold and Xeon Silver segment while the Xeon Platinum CPUs would stick to their existing specifications. Intel has already announced some significant price cuts to its Xeon Platinum lineup recently without changing the specifications. However, recent benchmarks have shown that top-tier EPYC parts are still doing very well compared to whatever Intel has to respond with despite price cuts of several thousand dollars. An example would be the Xeon Platinum 8280 itself which has been cut from its original price of $18,000 US to $13,000 US.

There wasn't a 28 core part in the Xeon Gold segment so that's new. The Xeon Gold segment now also offers a faster 16 core variant while the Bronze line is upgraded to 8 cores versus 6 cores of the previous SKU. Following is the list of all the chips with their respective specifications. All across the board, we can see a boost in clocks, cores, threads, and cache which is a nice initiative by Intel to retain their server dominance with a market share of around 95%. Following is the specifications list for the complete lineup. 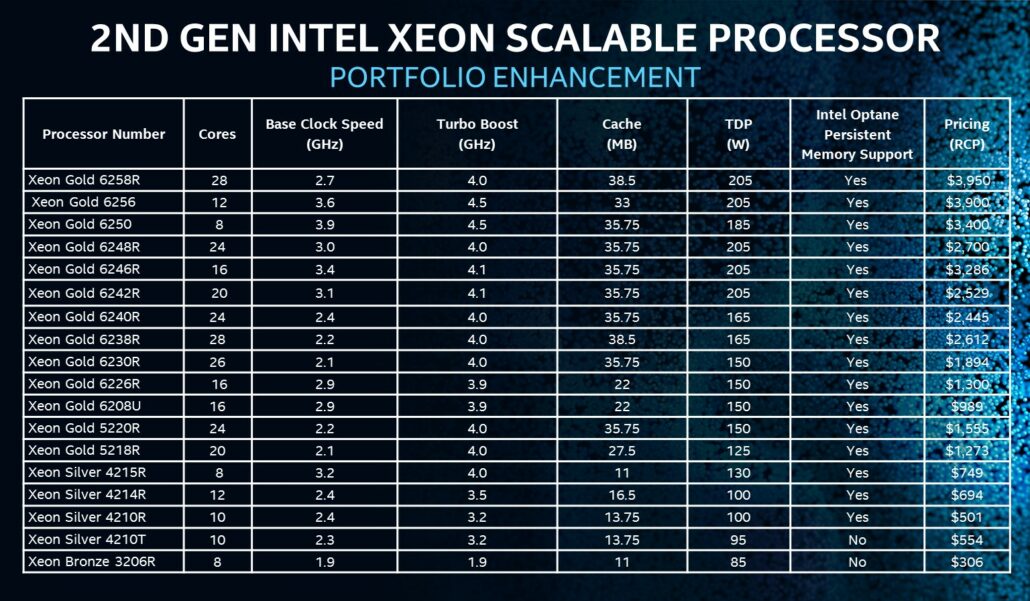 The only advantage that the Xeon Platinum lineup has on its own now is 8S support since the Gold series only support 2S configurations. Aside from that, the Gold series offers more competitive prices that may in fact put more pressure on sales figures for the Platinum lineup. All of the said chips are available starting today so they will show up on retail stores rather soon.

This refresh further confirms the reports of delays we are hearing regarding Intel's Cooper Lake and Ice Lake Xeon processors which have been pushed back by up to 3 months due to various instability issues. This would further increase the pressure on Intel as their 10nm and 14nm Xeon processors would be directly competing against AMD's 7nm+ EUV based EPYC Milan lineup which is going to feature the brand new Zen 3 core architecture which is confirmed to be one of AMD's biggest architectural upgrade since the original Zen core. But recent benchmarks have shown that the next-generation Xeon Scalable family is pushing some serious performance figures which if true might totally be worth the wait.