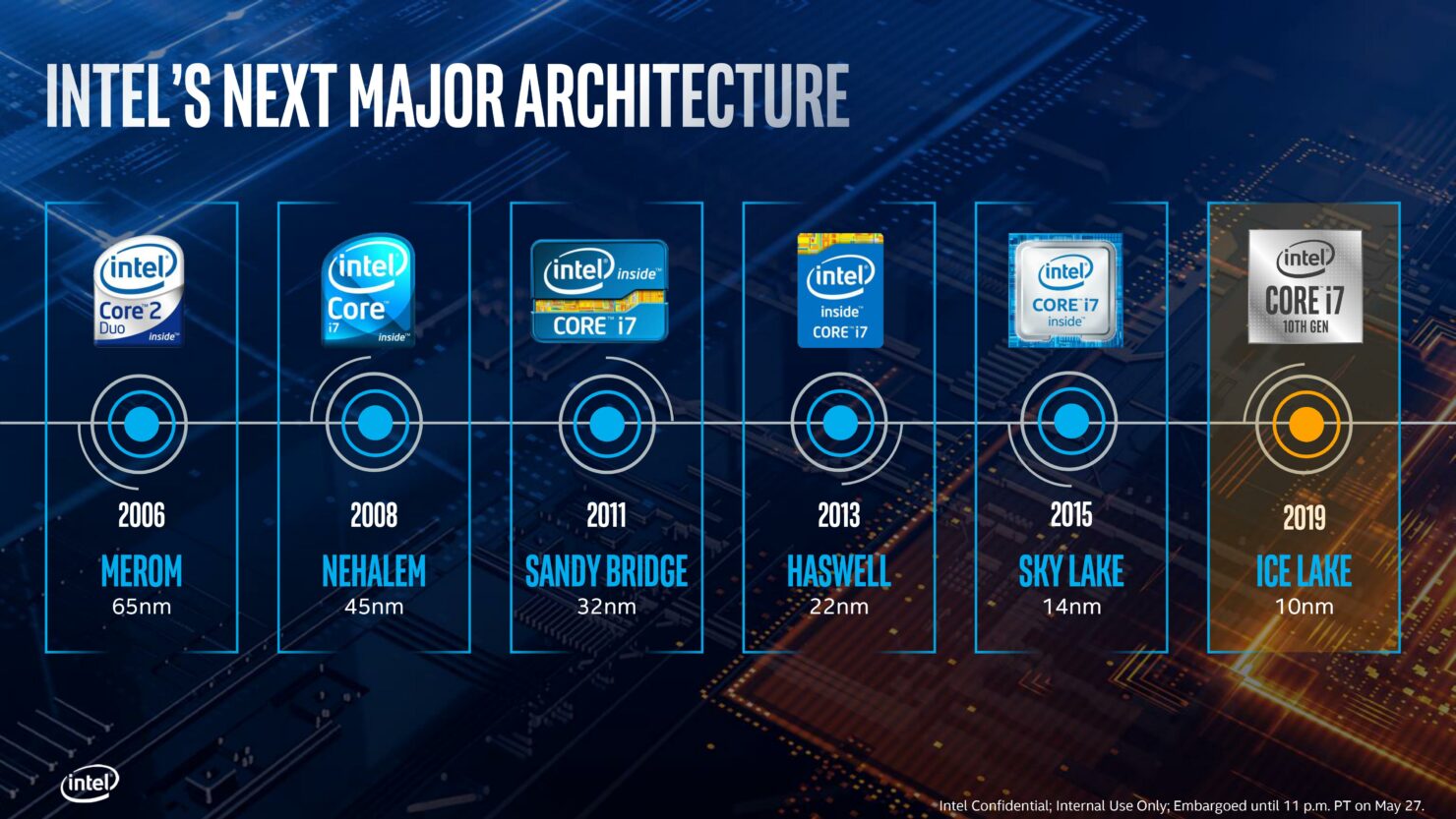 Intel's Ice Lake is its first major architectural upgrade in over 4 years.

Intel's 10nm Sunny Cove has yet to be seen in action, well at least on consumer end products since they just started shipping earlier last month. While we have seen public demos, it looks like alleged results from engineering samples based around the Sunny Cove architecture, Ice Lake, have been leaked in CPU-Z along with Intel's Comet Lake and AMD Ryzen 3000 processors too.

During the announcement of their 10nm Sunny Cove architecture at Computex, Intel unveiled that they have achieved an 18% IPC improvement with some workloads showing an IPC improvement of up to 40% over the Skylake architecture. Now, like AMD's claim of 15% IPC improvement, there are no independent sources to confirm Intel's figures of 18% IPC uplift, so we have to wait till both chip makers launch their respective products in the market so reviewers can fact check their claims.

While we wait for these products to launch, a Chinese forum member has posted what seems to be several AMD and Intel chips along with their single-core performance numbers in the CPU-Z benchmark. The chips include AMD's Ryzen 3000 series processors and Intel's ES chips that will be featured in the 10th Gen Comet Lake and Ice Lake family. 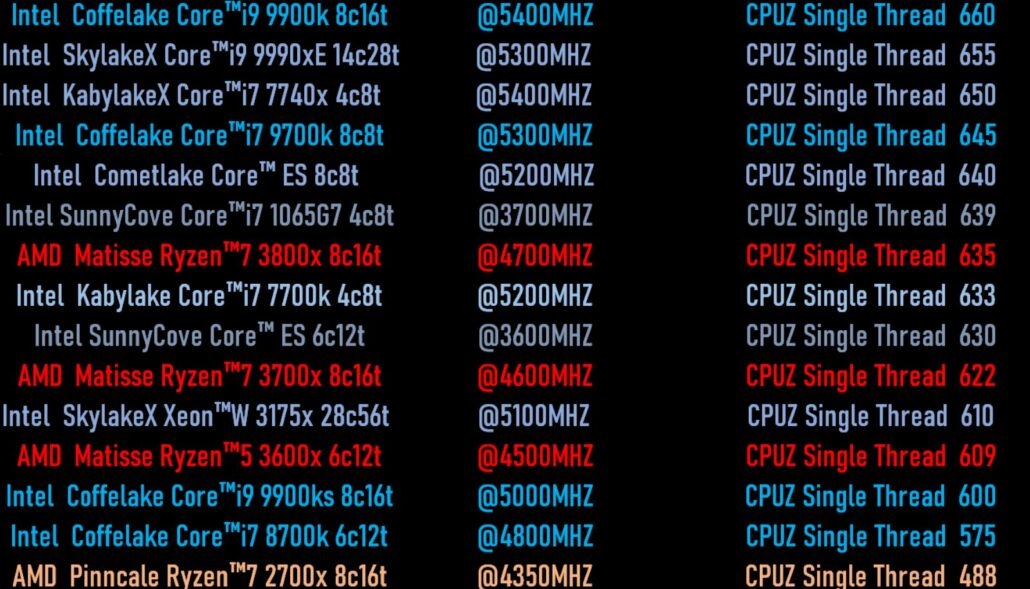 Now you might be wondering why these clock speeds are higher than the maximum boost clocks that AMD has listed. The reason is that each chip has Precision Boost Overdrive which delivers a 100-200MHz additional boost range over the standard boost frequency. So, each chip will run at a higher boost frequency across as many cores as possible and since this specific CPU-Z benchmark uses only one core, the frequency was for a single core alone. With that said, AMD's Ryzen 7 2700X delivers a score of 488 points at 4.35 GHz while the Core i9-9900K ends up at 600 points with 5GHz so yeah, AMD did make some good IPC gains with Zen 2. 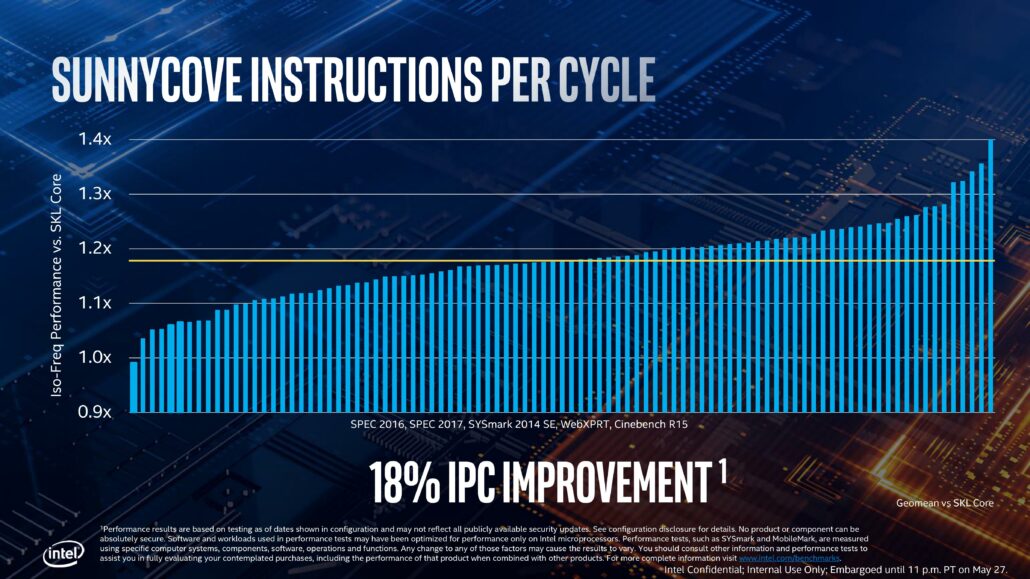 The 6 core Sunny Cove part has a lower frequency of 3.6 GHz and scores 630 points which are still as good as a 5.2 GHz Kaby Lake-S and the Ryzen 7 3800X at 4.7 GHz. If (and a big if) these results are true, then after several years of no major IPC gain, Intel might finally have a big architecture win coming in the form of Sunny Cove on 10th Gen processors.

Intel has definitely not mentioned a 6 core, 12 thread part but if this leak is true, then we might get to see this chip in action in the coming year since the current year only has quad-core parts in the 10th Gen Ice Lake family. Lastly, we have a single Comet Lake part which is also an ES chip with 8 core and 8 thread configuration. The chip is based on the 14nm++ Coffee Lake design and not on the more advanced 10nm Sunny Cove architecture. 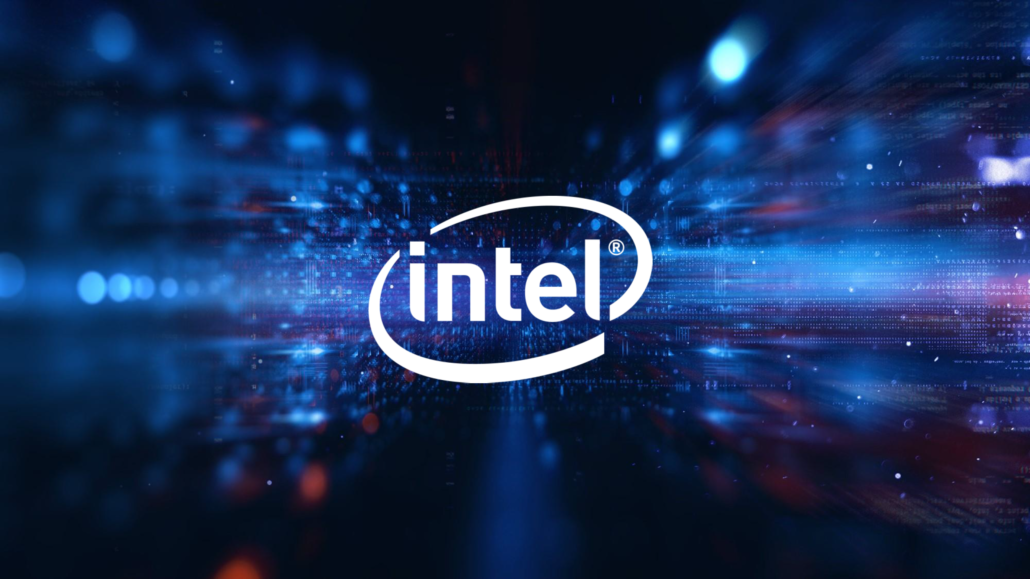 The chip was spotted running at 5.2 GHz and scored 640 points which are just 5 points under the Core i7-9700K. Considering that the 9700K and the listed Comet Lake-S part would be very alike in terms of architecture and the only gain the latter would receive would be from frequency uplifts, the score seems highly possible. But with all that said, it's advised to take these results with a grain of salt. Do let us know your thoughts on the benchmarks in the comments below.