The Intel 10nm Alder Lake-P family is the main mobility lineup which is expected to feature up to 14 cores and 20 threads which will be split into 6 Golden Cove cores with 12 threads and 8 Gracemont cores with 8 threads. These hybrid chips are expected to be announced at Intel's CES 2022 keynote, followed by a launch in the coming months. The Alder Lake-P CPU family will be the first proper line of chips to feature a hybrid architecture approach, unlike Lakefield SOCs which were limited to just a few OEMs. So let's talk about the leaked SKUs.

The Intel Alder Lake-P 14 core and 20 thread CPU has appeared once again and this time, it wasn't featured on a CRB (Customer Reference Board) but rather a brand new laptop design from HP. The HP 896D featured the chip which clocked in at around 1 GHz base and 4.25 GHz boost clock. Alder Lake-P chips will sit on the BGA 1744 socket and this particular SKU features 24 MB of L3 cache and 4 MB of L2 cache. The platform featured 16 GB of DDR5-4800 SODIMM memory.

As for performance, the Alder Lake-P 14 core and 20 thread CPU scored 1258 points in single-core and 6831 points in the multi-core tests. This is slightly slower than the previous 14 core & 20 thread samples that featured higher base and boost clocks. 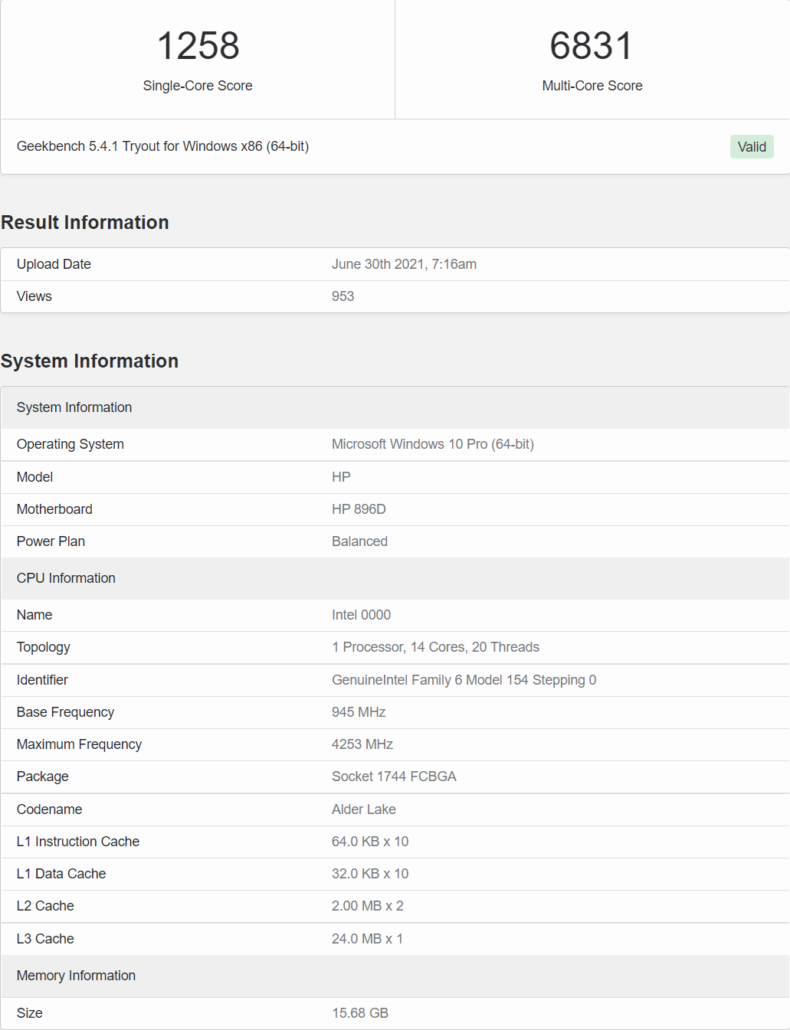 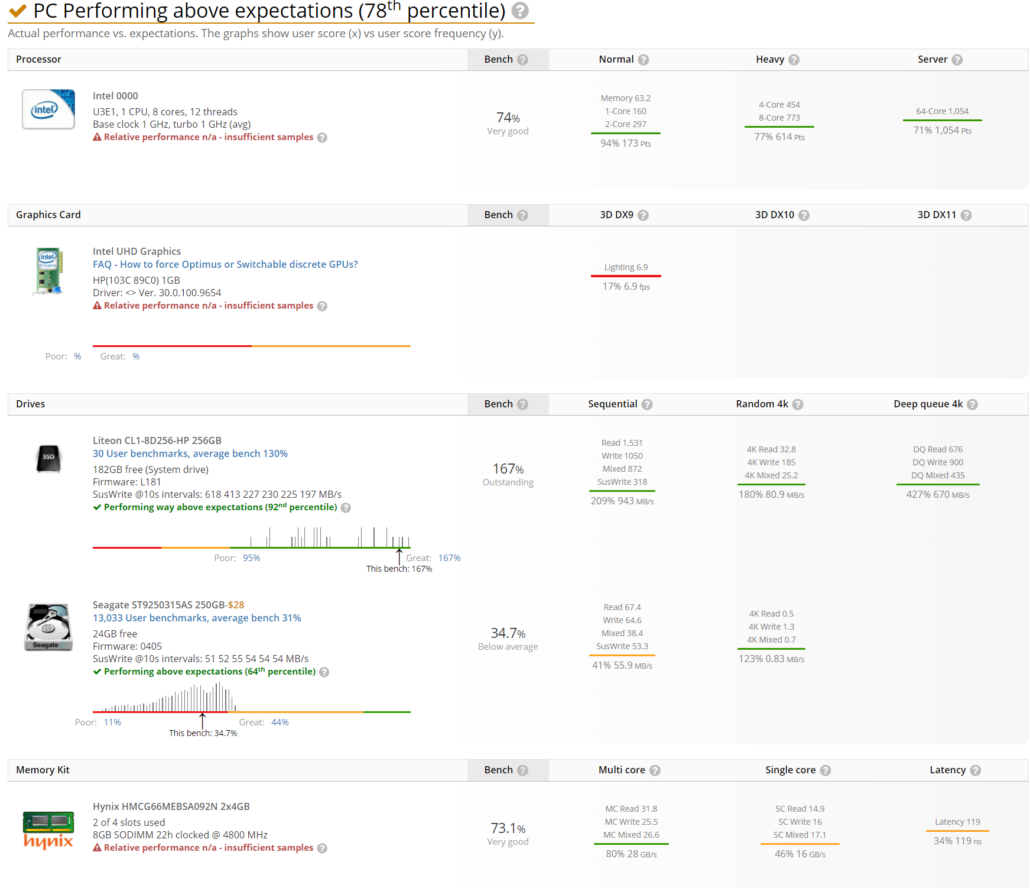 The H45 series will come with up to 6 big cores and up to 8 small cores. All three feature 96 Graphics Execution Units. The U series looks to be put in mainstream and performance laptops featuring Tiger Lake processors. The H series looks to be a direct replacement for Tiger Lake-H35 which is in portable gaming laptops.

The Intel Alder Lake CPU lineup is expected to debut later this year and will be featuring a 20% IPC improvement over Rocket Lake which should put it in a competitive position over AMD's Zen 4 CPU architecture. You can learn more about the architectural, IO, and platform enhancements coming to both the 12th Gen desktop and mobile platforms over here.