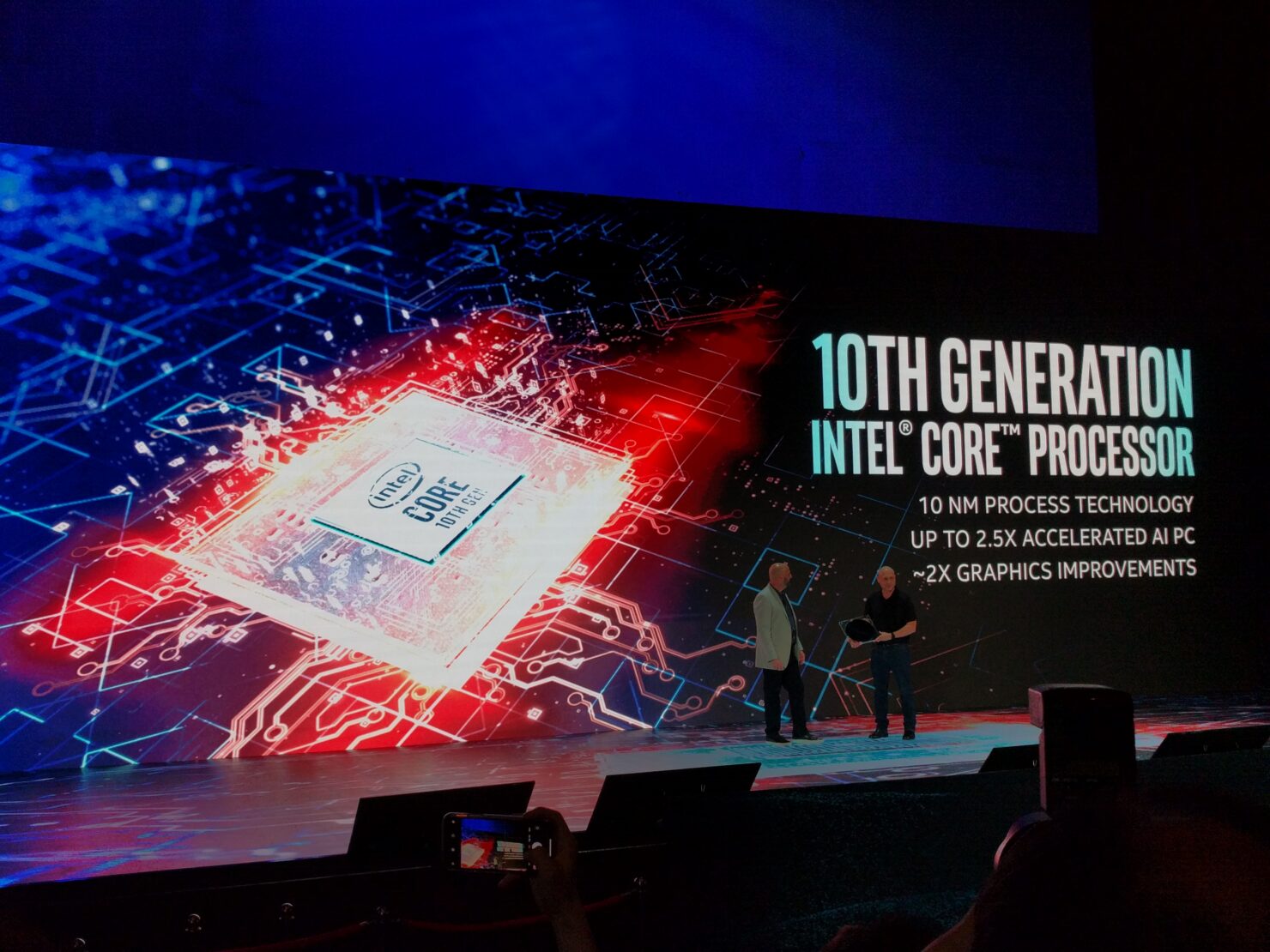 Intel has officially launched its mainstream (and volume) 10nm CPUs dubbed Ice Lake. Featuring the Sunnycove microarchitecture, the Ice Lake CPUs are shipping right now and should be on the shelves shortly. As always, the mobility side starts to ship first with desktop and enthusiast following along later. There had been a lot of rumors that the company's 10nm was in trouble, but the messaging at the keynote and the fact that the mobility side is shipping should put those to rest.

The 10th generation processors are going to feature a set of sweeping changes, which includes big architectural improvements (its actually the biggest update since 2015) as well as a brand new integrated GPU (Gen 11 graphics). If everything goes well, 10nm desktop processors will be landing sometime later this year and should finally put Intel back on track for its rhythmic cadence of process. 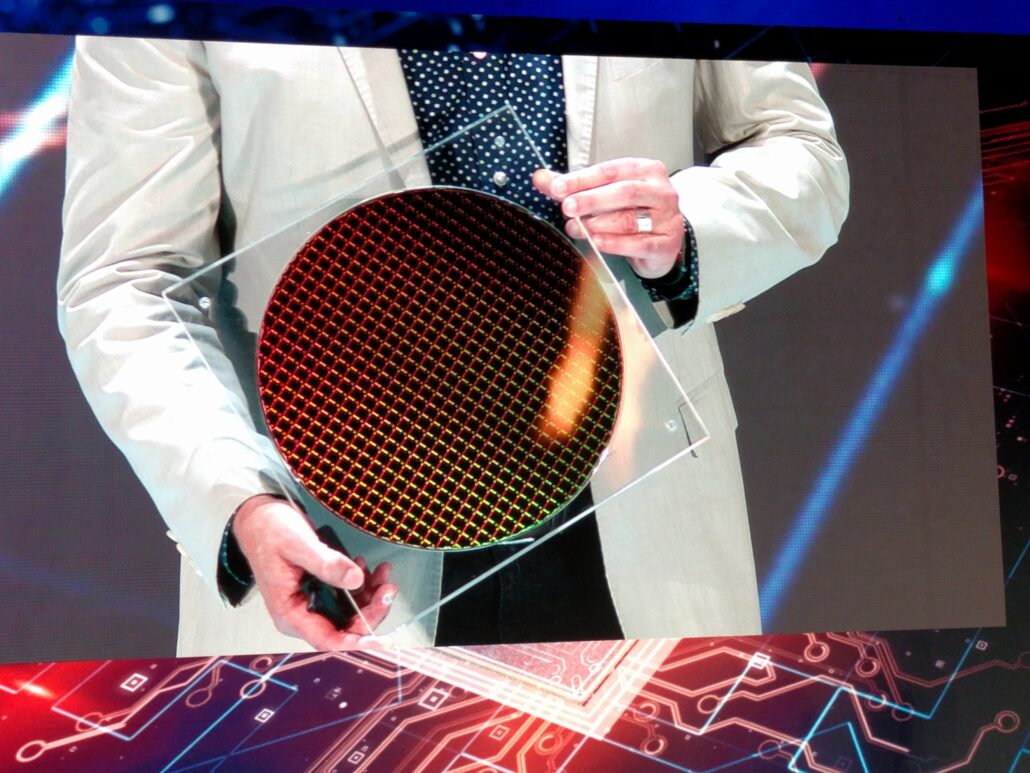 A picture of the 10nm wafer.

Intel's typical cadence for processors used to be 2 years but it spent over 4 years perfecting 10nm to launch and it looks like its finally show time. Interestingly however, the delay in 10nm is unlikely to impact 7nm processors as long as the company shifts to using EUV. Intel has been using UV in conjunction with multi patterning techniques to achieve 14nm and below so far, but if it shifts to EUV, it will not need to go the multi-patterning route and should actually find that tick easier to pull off than 10nm.

The fact sheet provided to us show major improvements in power efficiency as well, for the battery minded folks and the specs show up to 16 hour battery life laptops can be expected in the next wave. All-day computing is now very much a thing. The presence of WiFi6 and 5G (not to mention specter mitigations) makes this next wave of notebooks and ultrabooks one of the bigger changes in this industry. 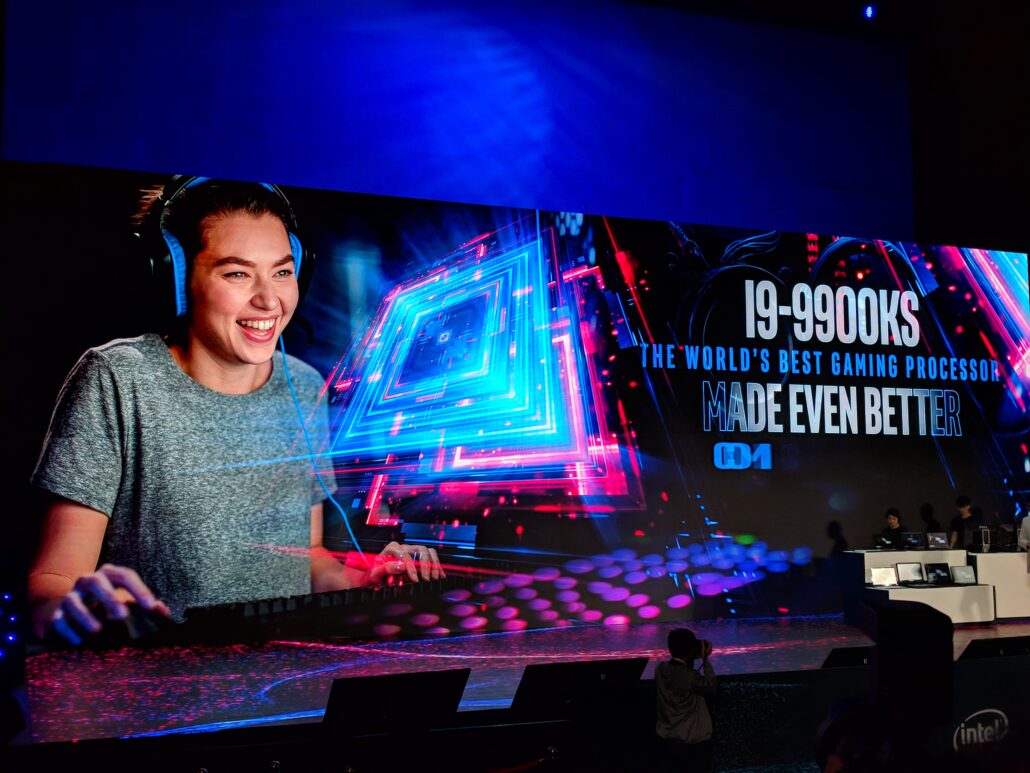 Intel also announced the Core i9-9900KS processor which has an all-core turbo of 5 GHz and is a very highly binned form of the 9900K. Considering its an 8-core processor running 5GHz on all cores, this is going to be an insanely good choice for gamers which depend more on clock rates than core counts. Intel also announced that the next generation of Intel's Core-X series will be landing sometimes this fall. No further information was released at this point regarding those.