Insurgency, the excellent first person shooter developed by New World Interactive, has recently received a brand new World War 2 themed mod which represents a turning point for the game's development, according to the team. 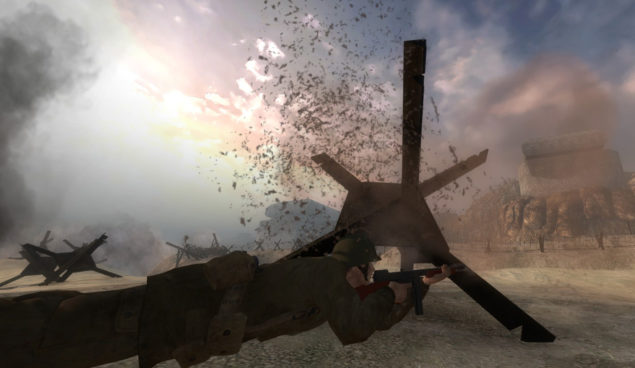 The new Insurgency mod is called Day of Infamy and it's a total conversion of the game set during World War 2. An early build of the mod is now available for download through the Steam Workshop and it will eventually be completed with the help of the community.

“Day of Infamy marks a turning point for Insurgency’s development. It’s the manifestation of several years’ work creating a tactical shooter platform that can be modified into an entirely new era, while maintaining the core gameplay that Insurgency is renowned for.”

In order to play the current build of the Day of Infamy mod, players require the beta branch of Insurgency to be enabled. Two maps of the mod also require players to be subscribed to on Workshop - the Normandy invasion with “Dog Red” and the Battle of the Bulge with “Bastogne”. More information on the Insurgency Day of Infamy mod and how to play it can be found by going here.

Insurgency is the sequel to Insurgency: Modern Infantry Combat, a total conversion mod for the Valve's Source Engine. The game is an intense and highly competitive multiplayer experience which manages to find a balance between one-life gameplay and prolonged action.

"Take to the streets for intense close quarters combat, where a team's survival depends upon securing crucial strongholds and destroying enemy supply in this multiplayer and cooperative Source Engine based experience. The follow-up game to the award-winning Source mod, Insurgency is highly competitive and unforgivingly lethal, striking a balance between one-life gameplay and prolonged action."

Insurgency is now available for purchase on Steam. An early build of the Day of Infamy mod is also available for download through the Steam Workshop.

Insurgency: Sandstorm Getting an Open Beta This Weekend Ahead of December 12th Launch

Insurgency: Sandstorm is a Cinematic Bloodbath

Insurgency: Sandstorm Gets September Release Date on PC; Coming To Consoles in 1H 2019