A couple of days back we reported that Hackulous was shutting down, along with it Installous, which was widely used to install cracked apps on iOS. Since its demise various other tools have been gaining popularity, some which allow users to install pirated apps on iPhone without jailbreak. The tools are not only limited to the iPhone, but to all compatible iOS devices.

The essence of jailbreaking your iOS device is not about installing cracked apps on iPhone, iPad or iPod touch. Jailbreak developers are explicitly against app piracy, and so are we. If you like an app, purchase it legally from the iTunes App Store. 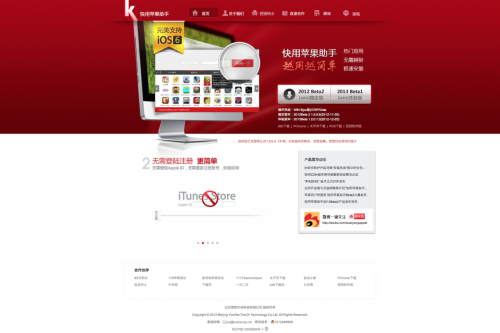 Zeusmos and Kuaiyong are the two new services that are allowing users to install pirated apps on iPhone without jailbreak. Apparently the developers of these services have figured out a way to bypass the strict digital rights management, DRM, that Apple imposes on iOS app installs. There are no complicated steps involved as these services offer convenient one tap installs of pirated apps on non-jailbroken devices. This poses as a huge obstacle for developers as app piracy is now an option even for those iOS devices for which a jailbreak is not available.

Zeusmos is available for free on jailbroken iOS devices while it charges a fee from those who are willing to use it on non jailbroken iOS devices. It really is as ironical as it sounds, the service is actually charging users in order to let them install pirated apps on iPhone without jailbreak. Isn't the whole concept of piracy based upon not paying a dime?

Kuaiyong, a Chinese website, offers the exact same service of piracy. It is different from Zeusmos in a big pay, its completely free for jailbroken and non jailbroken iOS devices. On the face of it, it looks like the pirated apps available for download via these services have been purchased under an enterprise license, which allows installation of an app on multiple devices. The apps are stripped of DRM and seem to using a developer licensing certificate for installation on any iOS device. Developers logs obtained by TNW reveal that the exact same copy of apps, with the exact same credentials, are being installed thousands of times on thousands of devices, through these two services.

iOS hacker and security expert Stefan Esser has been specifically looking in to the Kuaiyong service and believes that it could be an excellent front for spreading malware to an unimaginable number of iOS devices. The apps themselves have limited access thanks to sandboxing, but malware can be specially produced for popular apps which can siphon data off of an iOS device. It goes without saying that using these services to install pirated apps on iPhone without jailbreak poses a huge risk to the safety and security of your data, apart from them being downright illegal.

Surely Apple will find a way to fix this once and for all. Till then we here at Wccftech strongly advise you against using Zuesmos or Kuaiyong to install pirated apps on iPhone without jailbreak. We don't support piracy of any sort and neither should you. The revenue from app sales is a source of livelihood for app developers, there's no humanity in depriving them of it.