It was only two months ago when our very own Francesco had a look at and previewed Kalypso Media's upcoming deck-building, turn-based, 4x strategy game. As the resident strategy master of Wccftech, it was only reasonable that I have a look at the game. Why? Because I like strategy games. Also, because I'm pretty and I'm actually pretty interested in the whole idea behind Immortal Realms: Vampire Wars.

So, as I've said, Immortal Realms: Vampire Wars is essentially every single non-real-time strategy sub-genre rolled into one. Set in a world where three vampire clans are at war with each other, in a world where the vampiric race has subjugated all others. However, while they are at war with each other, there are rumblings of a rising, a rebellion from all those the Vampires have subjugated. Which of our pointy-teeth factions will reign supreme or will the 'lesser beings' rise up and take back control? 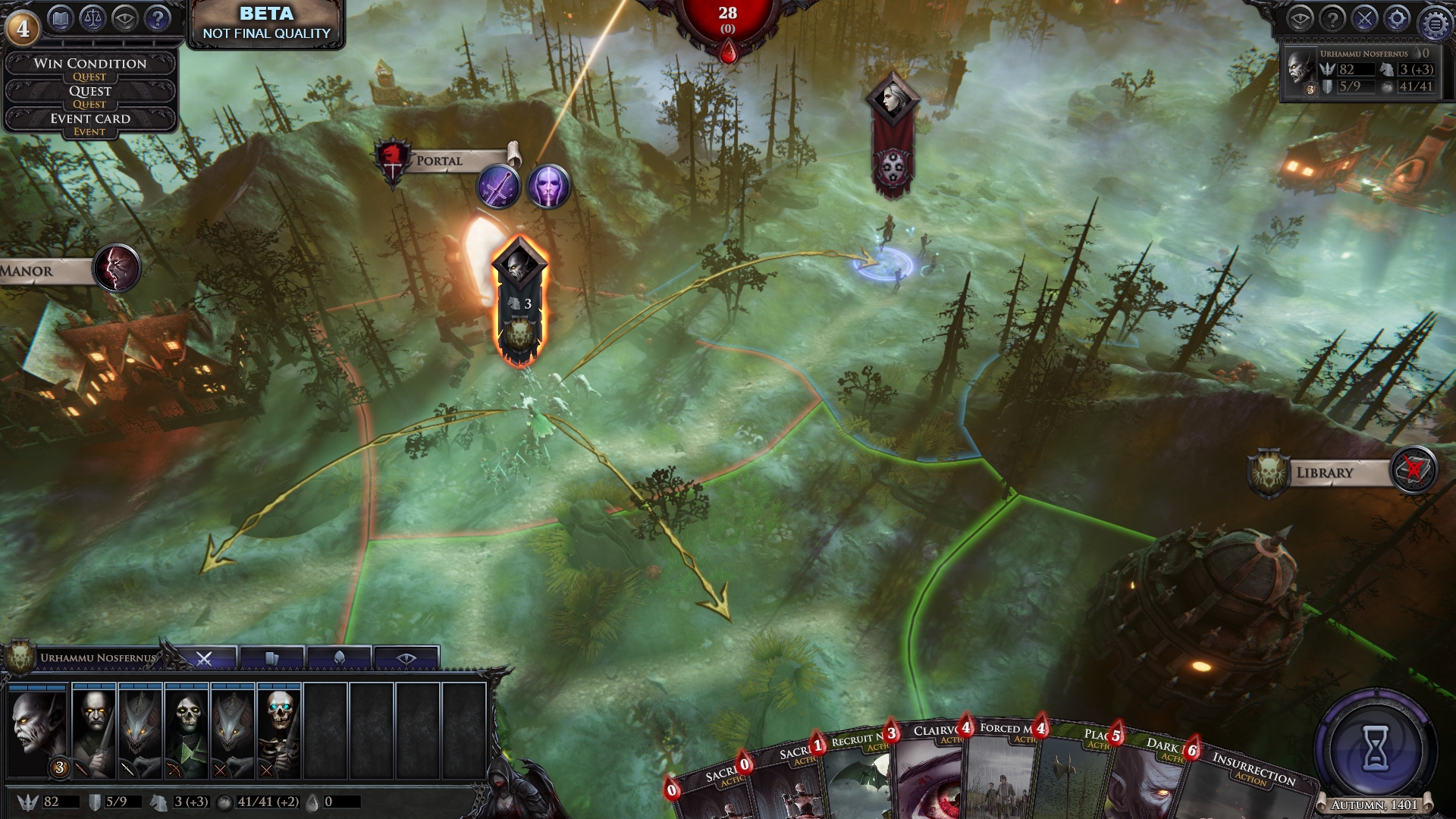 I don't know. Why would I know? I only got to try a bit of a preview. Though, honestly, I have some reservations just from being told how the campaign of the game will be laid out. Taking place over twelve large missions, each of the three vampire factions (Dracul, Nosfernus and Moroia) having four each. I've seen this in games before, so either the campaign has a predetermined victor due to the layout of the campaign, or essentially everything will return to the current status quo.

Granted, this could all be completely incorrect and just my own concerns, so do take that with a pinch of salt. What I do know is that the game will have a skirmish, as well as a custom mode, letting you create a campaign and letting you play it as freeform as you would like. So, knowing this and also the potential for future campaign missions following the launch of the game, we should probably look at other aspects.

One other aspect can be the aesthetical quality of the game. There's little doubt that Immortal looks good, though I can't say that it's got anything to set it aside from titles like Age of Wonders. It's got a colourful art style, with a focus on setting a dark atmosphere in fitting with the setting of the game. Likely the most eye-catching aspect of the game is the hand-drawn cutscenes. Palindrome Interactive, the developers, are certainly looking to set a certain style with the game. 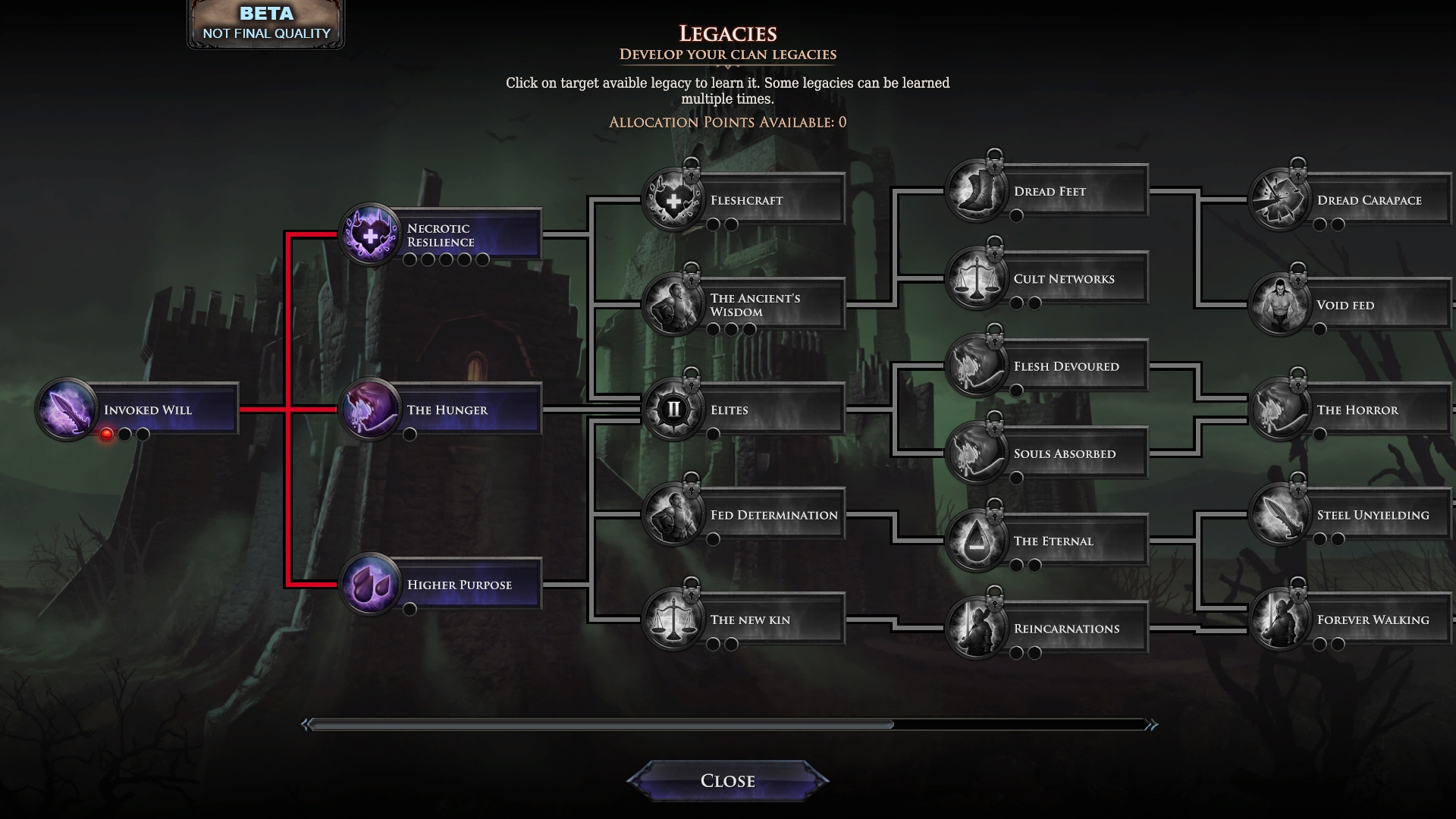 We all know the most important thing is the gameplay and this is where Immortal Realms: Vampire Wars should catch people's attention. It's the mixture of different elements that should make the game stand out, combining deck-building aspects with the empire management of a game like an early Total War and turn-based tactics within combat.

Building your deck will be one of the core elements, using your vampire lord and their buffs with a mixture of unit and effect cards to strengthen your army, letting it advance forward and expand your empire. What should also add to the strategic and tactical elements are the differences between the clans and how you can develop them. Each clan has its own tech-tree, or legacies, for you to move down.

As you expand your empire you'll see the use of the overall map, where territory is divided into regions similar to that of older Total War titles. In these regions, you'll find yourself with some containing towns, the much-needed source of blood for your fanged population, and others where you'll be building and advancing other structures to assist with recruitment and other aspects.

Recruiting these units and taking them into battle also links into the card-management aspect of the game. Indeed, everything does, with some cards specifically being for the campaign to enhance your regions, buildings or towns. How you create and structure your deck of cards will impact everything. I did notice that there's a fair amount of variety in the units available to you, all reasonably well detailed with a mixture of abilities and skills. It will all add to the tactical nuances of battle. 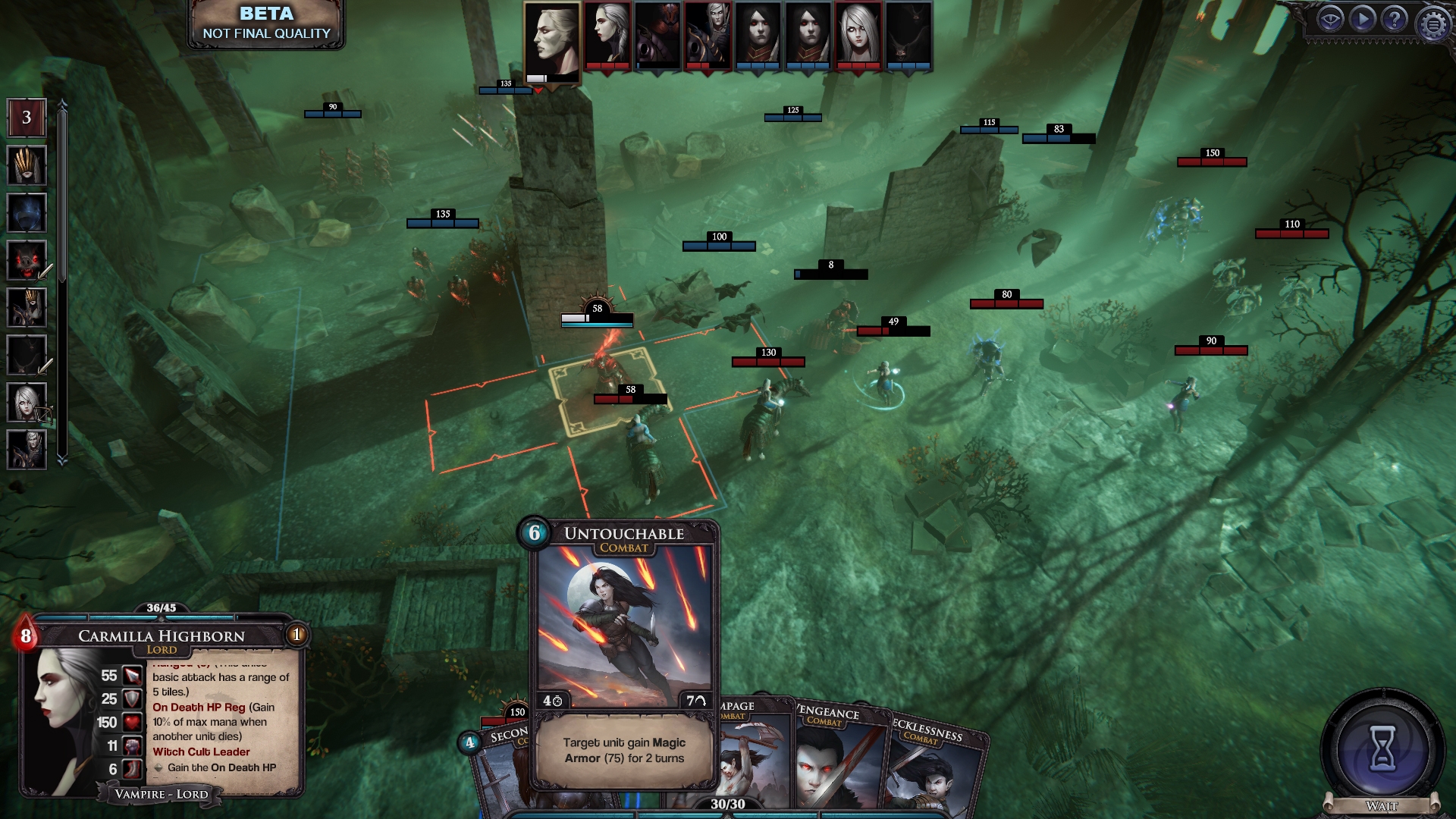 Releasing on the PC later this year, Immortal Realms: Vampire Wars is something worth keeping an eye on if you're a fan of the genre, though likely worth checking out reviews when they land - if only to see if the variety of genres come together well. What I am honestly looking forward to is the fact that the game is planned to release on the PlayStation 4, Xbox One and Nintendo Switch early next year. I can honestly see this, provided the game plays as well as it could, being a good game to play on the Switch, on the go.