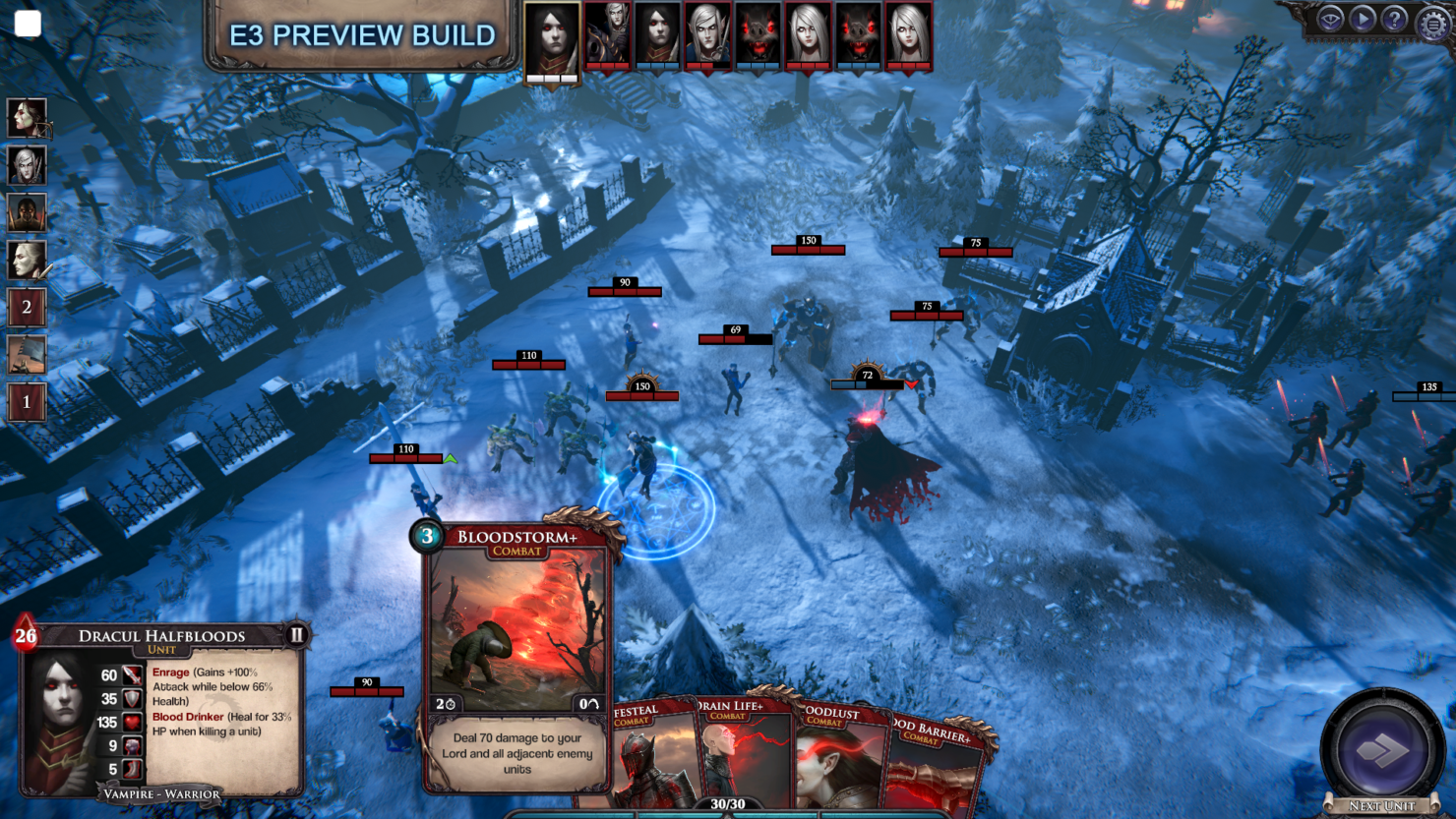 Kalypso Media had a rather impressive line-up to show at this year's E3. Not only the publisher showed the HD remasters of two classic strategy games, Praetorians and Commandos 2, but also a brand new game called Immortal Realms: Vampire Wars. The latter is also the most interesting of the three, as it will sport some very interesting gameplay mechanics that will make it stand out from other similar games.

Immortal Realms: Vampire Wars is set in a world where three vampire clans are vying for dominance. The three tribes are distinct in pretty much every possible way, and the main campaign will explore the story of each one separately. The three stories, however, are intertwined, and only playing through all of them will give players the full picture. The story will be fully fleshed out by cinematics playing before each mission as well as cutscenes playing during the course of each mission.

Immortal Realms: Vampire Wars is a rather unique strategy game due to how the game is played. There are two different modes: Kingdom mode and Combat mode. In the first, players are able to manage their empire in typical turn-based style, deciding which facilities to build or upgrade, which units to recruit, move their units on the map and so on. Towns and settlements play an important role, as they are used to gather blood, which is the primary resource. 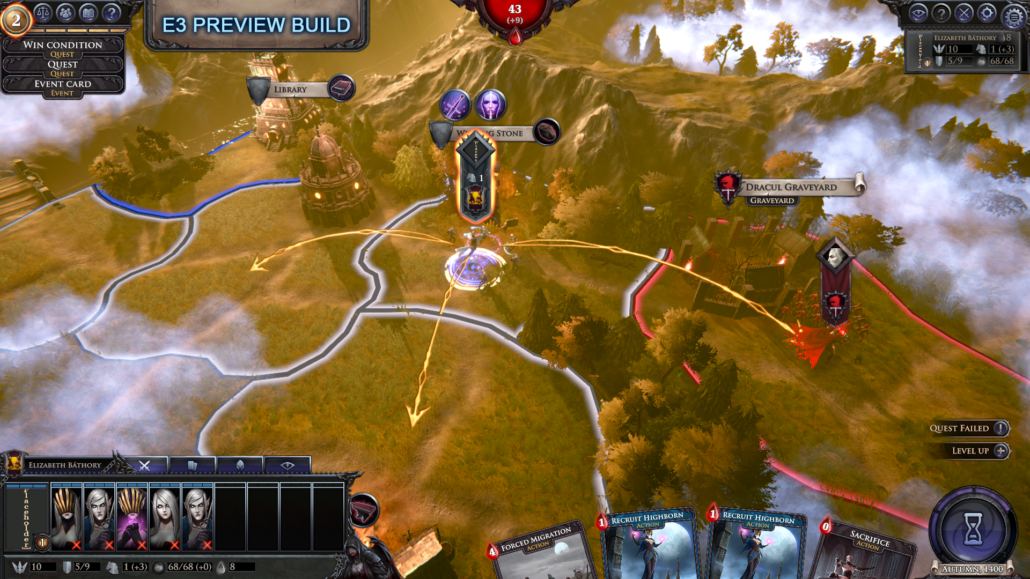 There are a variety of enemy facilities on the map, as well as enemy units. Once an enemy unit is engaged, the game will switch to Combat mode, where players must kill all of the enemies in turn-based fashion. Both enemy and players have a slew of individual regular units with unique skills and traits as well as a general who is more powerful than regular units. Generals also have another very distinct trait: the ability to use cards.

The card mechanics are what will separate Immortal Realms: Vampire Wars from most similar games. At any time during Kingdom or Combat mode, players can use cards to get some advantage. Cards are handed out randomly, but they all will be extremely useful from what I have seen during the E3 2019 demo, adding another layer of strategic depth that would not be available otherwise. The developer also assured me that no card will be available behind a paywall, so they will all be available at no additional cost.

The campaign promises to be quite extensive, but it will not be the only play mode offered by the game. In addition to the story mode, Immortal Realms: Vampire Wars will include a skirmish mode and a custom mode, which will allow players to create their own campaigns. The developer is not going to offer an online sharing functionality, but it will still be possible to share campaigns with others by sharing save files directly. Not the most user-friendly way, but definitely better than nothing.

Immortal Realms: Vampire Wars may also get expanded after release. While no plans are currently in place, additional factions and mission may be coming after release. One thing the developer is certain of is that no additional card will be offered through paid DLC.

Immortal Realms: Vampire Wars launches on PC later this year. The game will also hit PlayStation 4 and Xbox One in the first quarter of 2020, with a Nintendo Switch release also coming next year.