First of all, I would like to applaud this absolutely amazing article on Crave Online where the writer has indeed done a magnificent job on telling us why The Phantom Pain could be Konami's biggest triumph yet. Moving on, If you are curious on what we can expect to see from The Phantom Pain this year at E3, then here are 3 images to help kick-start your imagination. 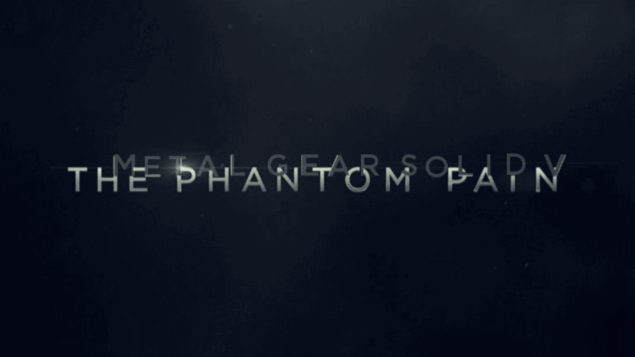 The Phantom Pain is without a shadow of a doubt one of Kojima's biggest endeavors yet, it is a game that is rich in soul, spirit, offers one of the largest maps ever seen in a Metal Gear Solid game and offers a missing side of the story that we have waited years to find out. The Phantom Pain is probably going to be Konami's highlight game of the entire show and those of us who have played Ground Zeroes have truly seen the power of the FOX Engine first hand. Having played Ground Zeroes on a PS3 and a PS4 I can tell you this much, The Phantom Pain could be Kojima's Mona Lisa.

All 3 images are courtesy of Crave Online:

Shocked at the photo realism? And keep in mind that these are all in-game rendered screenshots. The FOX Engine doesn't do CGI Cut scenes. Every screenshot you are looking at is more or less a reflection of the actual game graphics and aren't meant to mislead you, The power of the FOX Engine is truly magnificent to say the least and after what I have seen this engine do in Ground Zeroes I can safely assume that The Phantom Pain will easily be one of the most memorable and amazing games in a very long time. According to Crave, the above shots are only a glimpse of what we can expect to see at this years E3 for the game.

While there will actually be two different instances for the game at this years E3, one of them being a 5-6 minute long trailer which Kojima says could be uncomfortable to watch, this will be available for the public and then there will be a separate 30 minute or so of gameplay shown to members of the press behind closed doors which makes fans feel left out but hopefully some of that game play will find its way to the internet in a later stage for us to look at, Every minute of this game is another minute I spend picking my jaw up off the floor! I mean, the Box Ripping out feature is pretty bad ass, right?

So what do you think of the new images? I know I am dying to get more details on the game.