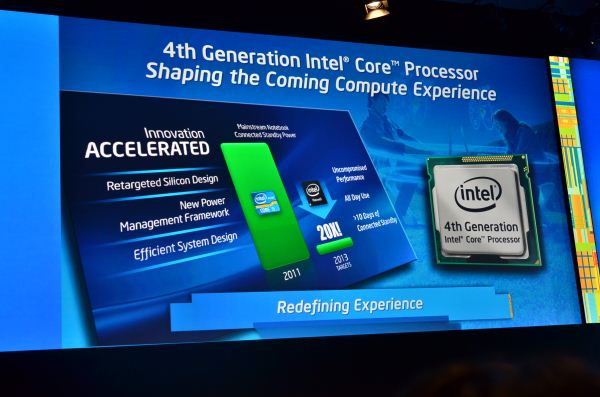 The IDF is sure bringing up things that seemed to be even more better than we originally had anticipated. And this time, Intel’s going energy efficient with Haswell by a huge leap.

In comparison with the power consumption with Sandy Bridge, Haswell features 20 times less power draw at its idle state which will be very beneficial in conservation of energy all around.

Besides that, GPU performance of Haswell is twice as faster than of the current Ivy Bridge series. Intel had even demonstrated that by running a Unigen benchmark on a Haswell based platform that gave out twice the frame rate than of an Ivy Bridge GPU.

Haswell Is Up To Three Times Faster Than Ivy Bridge