An overclock usually takes a user to reboot his system making specific adjustments through the BIOS in able to achieve a stable overclock. Well not anymore, with the new 3rd Generation Ivy Bridge users can change CPU and iGPU frequencies and settings from within Windows in realtime. However the BCLK ratio can only be configured to around 7% which makes enthusiast switch back to the good old BIOS/UEFI interface. 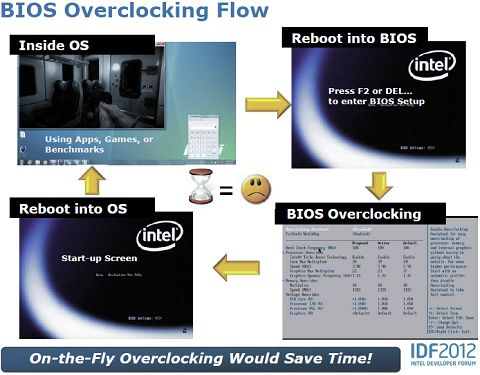 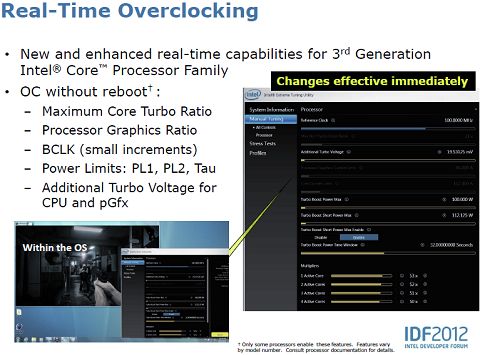 Well things are about to change with Haswell since it offers significant improvements in real-time overclocking. The configurations and features which allow Higher BCLK ratio adjustments do exist but only on the high end Sandy Bridge-E but mainstream Haswell processors would get these features out of box. With BCLCK ratios of 100MHz, 125MHz and 166MHz available on Haswell, users would get unprecedented overclock levels by only adjusting the multiplier value in realtime. 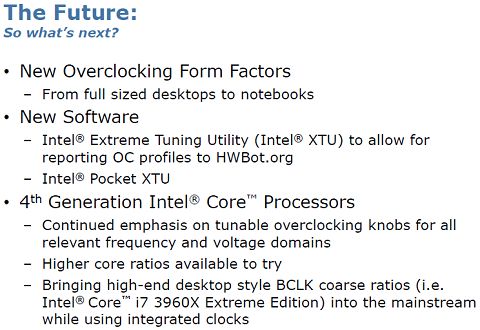 In addition to these, a portable version of the Intel's Extreme Tuning Utility would also be available known as the Pocket XTU which allows user to dynamically adjust clock frequencies in realtime or while playing games through a portable device or another PC. Even notebooks are said to be getting these overclocking features. 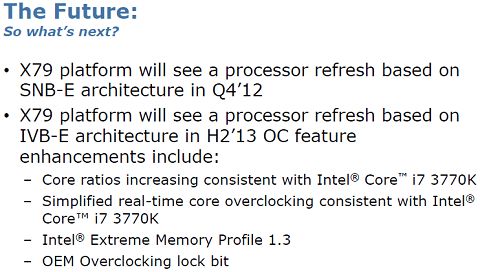 Intel also confirms that a SB-E processor refresh would arrive in Q4 2012 known as the Core i7-3970X which we got covered here including the Ivy Bridge-E X79 refresh in 2H of 2013. Intel would gradually increase clock speeds which suggests we could see some heavy clocked 4GHz CPUs with turbo boost in the upcoming core generations.

Finally, Intel invited Charles Wirth "Fugger" of Xtremesystems.org to give a live OC demonstration of Core i7 3770K with LN2. Haswell from Intel launch in April 2013, More details on the Shark Bay platform here.