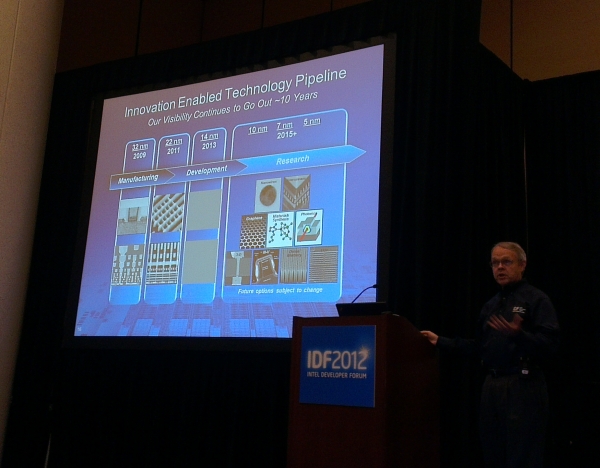 Intel had given a nice presentation over its upcoming manufacturing process on the 14nm node and beyond.

As it turns out, Intel is almost ready to start 14nm manufacturing and also says to do so by the end of 2013 in order to meet the schedule for the production needs of the next generation Broadwell based processors in 2014.

The process codenamed P1272, is originally 16nm based and with Intel’s expertise, they have managed to make it even more denser. Adopting tighter pitches than rather it was expected four years back, with a part of the story of Intel changing to a low power oriented roadmap than rather a simple yet power hungry high performance path like the previous years.

Further on, Intel  is expected to be at 10nm by 2015 or even possibly beyond. Intel is indeed at work on 7nm and even 5nm but they don’t tend to leak out such details as of yet.