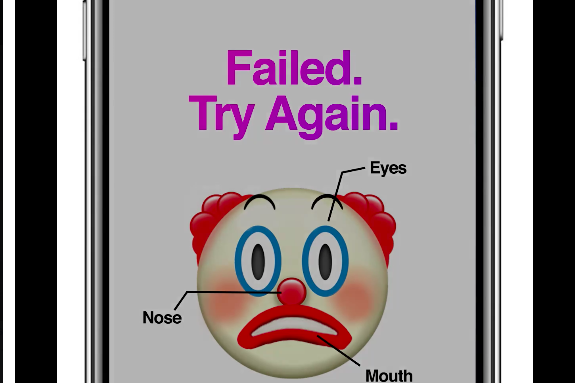 Since the launch of Apple's iPhone X, we have seen a surge in memes teasing its facial recognition feature - Face ID. Most of you must have stumbled on the popular Arya Stark (a girl has no name/face) memes teasing that she can now unlock every phone in the Westeros. Well, it looks like all that mockery inspired Huawei to come up with a video that takes a dig at the iPhone X.

Huawei has posted a video on Facebook that takes an apparent dig at Apple's failed Face ID demo during iPhone X's launch event. Although Apple did quite a good job at its Face ID that can't be fooled by photos or 3D masks (as on Galaxy S8) - the first attempt at the event did not go as expected. The Face ID demo by Craig Federighi’s failed, which was later explained by Apple as an issue with the demo setup not the Face ID feature.

Regardless of Apple's explanation, Huawei went ahead to take a dig at the incident. In the video, Huawei shows a clown who is trying to unlock a phone, but he fails to get through the detection. The video ends with the caption "#TheRealAIPhone 16.10.17." The name of the upcoming device has not been revealed in the teaser, but we expect it to be the Mate 10.

The upcoming Mate 10 smartphone is rumored to come powered by Huawei's newly announced Kirin 970 chip, which is pretty similar to Apple's A11 chip on the new iPhones. The Kirin 970 includes an AI component - Neural Processing Unit. Even the Mate 9 was integrated with AI to learn how users use the phone to assign maximum RAM and power to the most used apps on the device.

With this new teaser video posted on Facebook, it looks like Huawei is taking AI integration to another level with the Mate 10 smartphone. We will get to know more about the device on October 16. For now, all we know is that Huawei has set the ball rolling for comparisons with the iPhone X.

Check out the video: