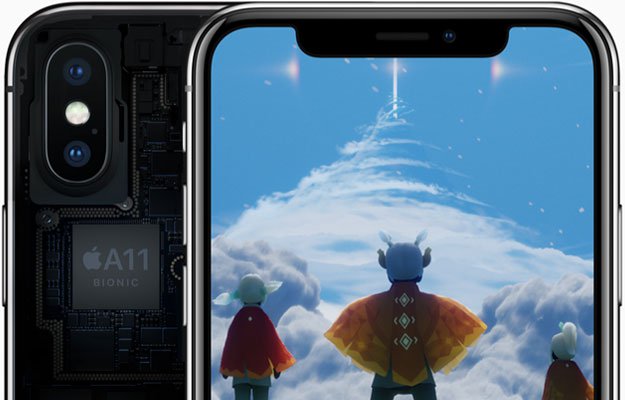 With the passage of time, Apple's finally started to pay more attention towards its mobile processors. Last year, the company finally introduced two additional cores on the A10, after what looked like ages. This year, we get two more cores, on the A11 Bionic. The processor powers Apple's recently launched iPhone 8, iPhone 8 Plus and iPhone X. The A11 Bionic's six cores have the capability to work together under high performance mode together should the moment demand. If it doesn't, then two cores are reserved for high performance, and four for low performance. Now, the processor's first Antutu benchmarks are here. Take a look below for more.

Apple's A11 Bionic Chip Smashes Antutu By Scoring 226,058 Points And Leaving Android In The Dust

This year's iPhone event brought a lot of surprises, that were predicted well in advance by the rumor mill. The last couple of days leading to the event saw a flurry of leaks which revealed nearly everything for the upcoming launch. Apple's biggest feature this year and over the past couple of years, since Touch ID, is Face ID. Biometrics have once again shut off the company's critics and placed it at the forefront of smartphone innovation.

Powering the iPhone X, iPhone 8 Plus and the iPhone 8 is the company's A11 Bionic. Since last year, Apple's taken to adding titles with its processors and this year's 'Bionic' signals all in-house components, particularly its GPU. The A11 Bionic features six cores and can reach frequencies of u to 2.45GHz. GPU performance improves by 25%, processor by 30% and power efficiency by 50% over the A10 Fusion. 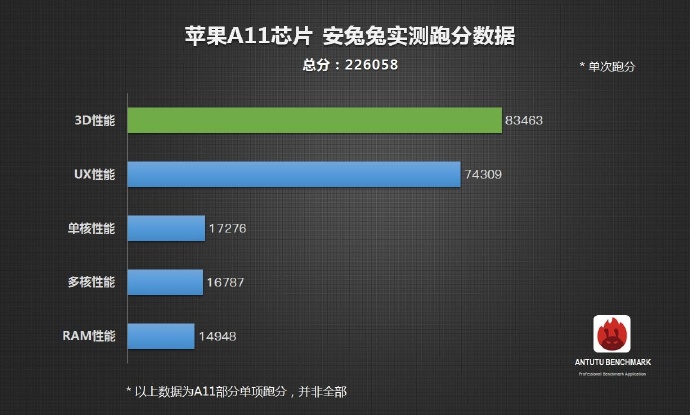 Now, we've got some fresh Antutu scores for the Apple A11 Bionic. The processor scores 226,058 points in the benchmark. This knocks all other processors out of the park, including the company's A10 Fusion. In the Android world, it's the OnePlus 5 that leads the pack with a score of 181,507. The A11 beats this by more than 40,000 points. According to Apple's own numbers, the processor features 4 Billion transistors ad improves multi-thread workloads by an astounding 70%.

While these numbers are impressive, we'll have to wait until the processor is available for testing to verify the results. The benchmarks clearly speak in Apple's favor. The big question now is, how will Android respond? The next big processor from the smartphone world's other spectrum will be the Snapdragon 845. Thoughts? Let us know what you think in the comments section below and stay tuned. We'll keep you updated on the latest.