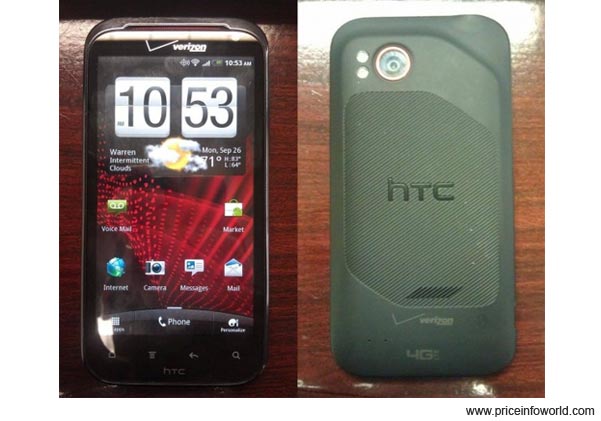 With Google officially declaring 1280x720 to be the native resolution for Ice Cream Sandwich, it is only a matter of time when we'll start seeing phones from HTC, Samsung and other companies supporting 720p screens. Fortunately for HTC fans, the wait might not be so long. In November we might see HTC Introduce its first 720p resolution Android smartphone. The phone in question is the HTC Rezound, or HTC Vigor, although rumor has it that the final name will in fact be Rezound. Along with a screen that equates into 342PPI (4.3" LCD) the Rezound has a couple of more tricks up its sleeve.

According to a FCC certification, the phone will also support wireless charging. This is something not commonly seen on cellphones. Although it doesn't explain the wireless charging process a lot, we do know it will be done through a special back cover. Other than this the Rezound will come with a 1.5Ghz dual-core CPU, 8MP camera with 1080p video recording and Android 2.3 which will probably be upgraded to Android 4.0 pretty soon. Though HTC has not officially announced the phone yet, it's rumored to release in November.