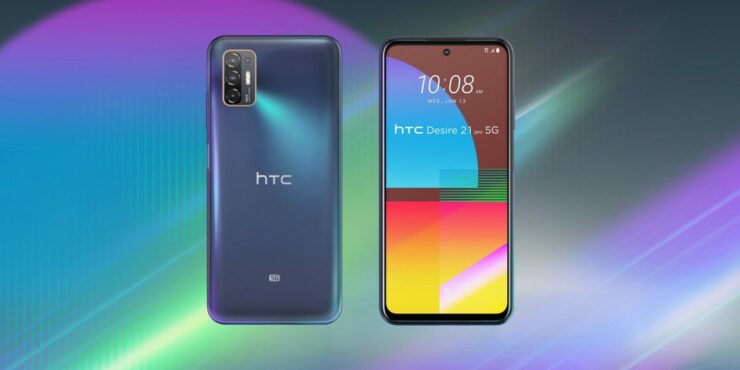 I still remember how HTC was one of the industry leaders at one point, making some of the finest smartphones that one could remember. My first HTC smartphone was an HTC Desire, and I still remember the excitement that revolved around owning an HTC. After all, it was the big thing back then. Today, HTC has released the HTC Desire 21 Pro, and I'm not sure if it will be enough to bring HTC back from death.

The HTC Desire 21 Pro is a lower-midrange device that does offer high-speed networking as it does bring 5G support with it, but it seems like the device is going to be limited to the Taiwanese market, or at least that is the case at the time of writing this. We are not sure if HTC will be bringing it to the international markets.

The Desire 21 Pro was leaked before it was made official, but people did not seem interested in the device. Still, for those looking for an affordable 5G device, this is good enough.

The HTC Desire 21 Pro brings a 6.7-inches screen with FHD+ resolution and a 90Hz refresh rate. The panel itself is LCD, of course. You are also getting a punch-hole camera, along with thin bezels on all sides.

You are getting Qualcomm Snapdragon 690 chipset with 8 gigs of RAM and 128 gigs of storage under the hood. You are also getting a massive battery of 5,000 mAh with 18-watt charging support.

For optics, you are getting a quad-camera setup with a 48-megapixel pain sensor, an 8-megapixel ultra-wide sensor, and a depth and macro sensor that are both 2-megapixels.

You are also getting a side-mounted capacitive fingerprint reader, and you are not getting a headphone jack, something that had become a staple for affordable Android devices.

The thing that makes zero sense here is that the HTC Desire 21 Pro ships with Android 10 out of the box, considering how Android 11 came out about 4 months ago. Hopefully, HTC releases the Android 11, but there is no word on that at the moment.

We are also not sure if the device will go on sale outside Taiwan, but for those interested, the device will cost TWD $11,990 or $430 if you factor in the exchange rates. The phone is now available for pre-order in Star Blue and Fantasy Purple, and shipping will be started on January 21st, later this year.