You guys already familiar with the name of “HTC One”, which has been launched in 2013 and considered among top 5 Smartphone in 2013. No doubt, it was a great phone with a stylish design, but we noticed some drop in sales and performance, could be the camera was the reason.

But we cannot forget some great feature of this phone like zero-gap, unibody metallic cover, but many tech critics and fans had heaped praise on its curvaceous body. It looks like HTC will keep the same aesthetic look for its successor, but with a minor design tweak to accommodate a bigger display and finger print scanner on the back. 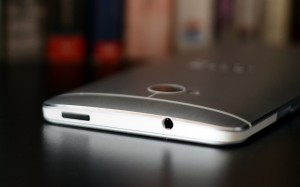 But past is past now and we do not want to discuss it again, now all attention is now towards new HTC because there is a rumor that he will release a new HTC ONE in March 2014.

And according to our source, HTC’s flagship device will maintain the name HTC One, so it looks like if the rumor is true, then we will have to call it HTC One (2014).

Bloomberg also gives the tip on this device, that the new HTC One will add twin sensors on its UltraPixel camera to improve image quality and depth of field. The device is also said to feature a slightly larger display. They also added that the One successor will possess a Snapdragon 800 processor.

Adding Snapdragon 800 processor in new HTC One disappointed us because latest year they have struggled a lot and this is not a good move to add weak processor in their flagship device. And knowing that the first thing they’re focusing is on the camera, hints that it will definitely a better accepted device in the previous HTC One.

If we believe in @evleaks  prediction, HTC One could go with “Snapdragon MSM8974 (800 series)” processor, however it has some apprehension that this specification may amend before the official announcement.
Many believe the Smartphone business looks to possess reached a saturation, wherever each new phone is more of AN progressive model in terms of specifications, instead of innovation.

Apple's iPhone 5S raised the SoC (System on Chip) standard in 64-bit architecture in late 2013, currently Samsung is additionally touted to return up with its own 64-bit based Exynos 6 Octa-core processor in the Galaxy S5. Several HTC fans hope the Taiwanese company at least use 2.5GHz 805 series-based processor in the upcoming phone.