HTC 10: Hours Before The Event, Here Is Everything You Need To Know

Not long ago, he decided to pour in our thoughts on what things need to be done prior and after the HTC 10 announcement event to make sure that the smartphone ends up being a success for the company and eventually ending the long, excruciating streak of its financial drought period. Now, just hours before the official event, we will cover up a roundup of features and hardware present inside HTC 10 just to give you an idea what to expect from the premium flagship. Let us start the round up. 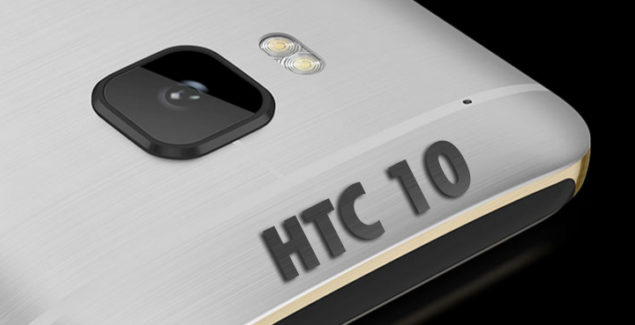 HTC 10 Hardware Specifications: High-End Internals Are Definitely A Must, But The Company Is Missing A Few Things

While high-end and energy efficient components are definitely a must to be incorporated inside HTC 10, there are other goals that really matter for the average consumer, which we will get to later. Right now, let us take a look at the hardware present inside the high-end device. We already knew the Snapdragon 820 was on the cards, since no other chipset is available right now that HTC would be interested in (certainly not Samsung’s Exynos lineup) that can deliver the much needed performance and efficiency.

Snapdragon 820, the 14nm FinFET LPP SoC, will feature a quad-core setup as stated below:

Most manufacturers that use a Snapdragon 820 (most notably Xiaomi Mi5) have the processor’s clock speed reduced for whatever reason (our hunch would be to conserve battery life) but HTC 10 obviously has no reason to do that since the manufacturing process is already small enough to make the processor efficient in a variety of given situations. Lesser number of cores will mean less energy consumption and Qualcomm’s design upgrade clearly shows that the company learned a cold, hard lesson from its Snapdragon 810.

Previous benchmarking scores of Snapdragon 820 have also proved that you do not need a higher processor core count to gain additional performance. With all of this combined, a Snapdragon 820 and 4GB of RAM will provide the perfect performance combination in an Android powered flagship smartphone, since there is pretty much nothing else that HTC can rely upon at this time. There are several technologies that users can take advantage with a Snapdragon 820 on-board, with the most notable one being Qualcomm’s Quick Charge 3.0 technology, and you will see all the necessary details by looking at the video below.

In order for this charging feature to kick in, you will also need a compatible charger, and we certainly hope that inside the retail packaging of HTC 10, you receive a boatload of accessories, with one of them a charger that is compatible with this technology.

No, it obviously does not make sense for a flagship smartphone to come with several internal storage models when you have already placed a MicroSD card slot inside of that handset. For several years running, HTC’s flagship smartphones (with the exception of One M7) have come with an option to expand your storage, so releasing several storage models will only mean that that the company might have unsold inventory in the near future. With the release of HTC 10, we expect to see a MicroSD card capacity limit up to 200GB, which is more than enough to carry around your multimedia and shoot tons of images and video.

The only advantage that modern day smartphones’ internal storage has is that they follow the UFS 2.0 standard. Faster than eMMC, the UFS 2.0 interface increases sequential read and write speeds as well as increases the reliability factor of flash memory. One can argue that most manufacturers are being compelled to produce mobile products that do not come with an option to expand storage because MicroSD cards are not fast enough to pick up the pace of internal flash memory, which is actually true. Recently, we gave our own view on how Samsung and SK Hynix are deliberately forcing manufacturers to produce phones that do not carry this ‘much needed’ feature. 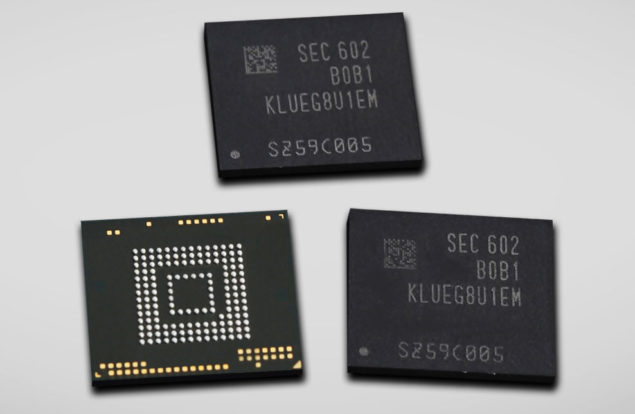 According to the data obtained from Samsung’s newsroom, for sequential read speeds, the 256GB UFS takes advantage of two lanes of data transfer to move data at up to 850MB/s, and for comparison purposes, this is nearly twice as fast as a typical SATA-based SSD used in PCs. In terms of sequential write speeds, it supports up to 260MB/s, which is nearly three times faster than high-performance external MicroSD cards.

Looking at these speed gains, is it any wonder why manufacturers would opt to incorporate a MicroSD card option in their devices? During MWC 2016, SanDisk, a reputable brand amongst flash memory products announced the world’s fastest MicroSD card family. According to the company on its press release page, these storage cards are available in the 64 and 128GB capacities and support the Class 10 and UHS Speed Class 3 standard, and in layman terms, those speeds are sufficient for transferring data up to 275MB/s.

However, before you get excited over these speeds, you should know the price tag that these storage cards are coming with are outrageous. According to SanDisk, pricing details of the cards have been listed below:

These prices are outrageous, but does it warrant the subject of omitting MicroSD card slots from the equation altogether? Absolutely not, and let us be honest, you do not need an insanely fast (and expensive) MicroSD card to carry out extensive tasks such as recording 4K video. HTC has so far understood the needs of customers and continued to incorporate MicroSD card slots inside the unibody design of its flagship devices and we feel that HTC 10 will be no different.

Another thing that HTC gets right with its phones is speakers

Say what you will about HTC smartphones but their front-facing speakers on One M8 and One M9 is something that we hope lands on HTC 10. In fact, the company posted a video on YouTube, underlining the sound quality of its upcoming flagship, which also gives rise to the speculation that the handset might come with dual front-facing speakers. There is nothing like sound coming towards your direction and this is something that the Taiwanese OEM has done right every time. Will we get to see it in this year’s flagship? We have strong hopes.

A better smartphone camera sensor does not necessarily mean a higher megapixel count. In fact, more megapixels might mean that the image will look sharper, if you have a keen eye, but will suffer terribly in low-light environments. Rumor has it that the front camera sensor will be rocking a 12MP shooter, and an F/1.8 aperture. This will give HTC more breathing room to incorporate a larger sensor, which will allow more light to enter to produce a higher-quality image. This will result in less grain (which we encounter during the night).

The wide aperture will also allow more light to enter and will separate the focused subject from the background, leading to an even better result. You should keep in mind that different smartphone cameras function in different ways when they process the image. Some produce warmer colors, and others might produce an image that might not be accurately processed, but it will look more pleasing to the eye, kind of like an Instagram filter. Obviously, we cannot tell what kind of images HTC 10’s camera will produce, so we will leave that to future reviews to come up with varied verdicts. 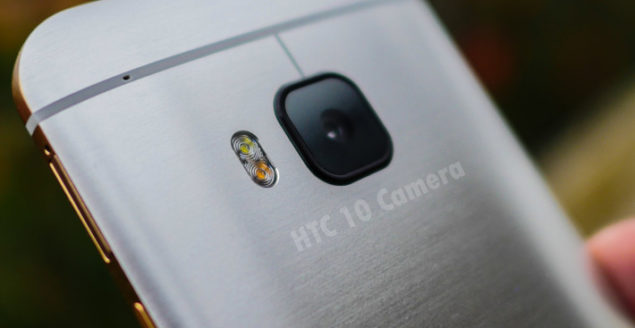 Next up comes manual camera control. We have seen this feature in the likes of LG V10 and sincerely hope that manual camera controls come with HTC 10; not only for snapping images and but recording video as well. This will give more depth to your experience. Other things that we have hoping for from the camera side of things have been listed below:

We expect that the camera settings and functionality will get better overtime as more and more software updates are rolled out so we will wait for HTC to further improve that.

Looking at an efficient chip, it is not that hard to believe that you get slightly better battery life compared to previous generation handsets, but HTC seems to be extremely confident, as suggested from this trailer. It appears that HTC 10 will feature several software optimizations that will enable the user to get more battery from their devices. While we talk about software optimizations, let us talk about OS updates as well. Even after purchasing premium clad smartphones, consumers must wait for months on for the next update to become available to them.

This will also depend upon which country you live in and which carrier you have chosen to run on your Android device, which is completely absurd.

Our engineers are so obsessed w/ battery life we’ve turned it into a science. You’ll feel it. 4/12. #powerof10https://t.co/nsNtGYKXA6

When HTC announced its One A9, its only saving grace was that it would receive timely operating system and security updates just two weeks after the official updates had been rolled out for Google’s Nexus lineup of devices. Purchasing premium flagship smartphones does mean that you are entitled to OS and security updates, but it is done at a huge cost. OEMs like Samsung and others release updates after an insanely long period, which is obviously not something that you will expect after shelling out $600-$650 on a handset.

With HTC 10, the company could get the momentum shifted in its favor by introducing the same timely updates feature, and you will only have to wait a period of 14 days after officially getting to updates to your smartphone. This will ensure better performance, better battery life and better security; something which Android is severely lacking.

What Kind Of Hardware Should We Expect From HTC 10?

Our views of what is going to be present inside HTC 10 has been summarized in the table below:

There is also a teaser video given above, if you would be interested to see what HTC 10 looks like prior to its official announcement. Looking at all the hardware, features and software, we expect the company to deliver on five fronts if it is going to make its flagship phone a success:

We have also listed a polls section below, so tell us which part of HTC 10 do you want to outperform the competition. Additionally, we also want you to tell us what you are expecting from the premium handset? We would love to hear your thoughts.