Despite the fact that Samsung released its Galaxy S7 and Galaxy S7 edge handsets with an expandable storage feature, it looks like the company is becoming responsible for other smartphone manufacturers from omitting this highly crucial feature from handsets. Will there come a time when manufacturers decide that smartphones featuring a MicroSD card is no longer a viable option? Indeed it is, but let us take a look at how Samsung is influencing manufacturers from removing the possibility of an expandable storage slot in future devices.

Not long ago, Samsung announced that it has started mass production of its 256GB chips for smartphones. Instead of being based on the eMMC standard, Samsung’s memory chips are based on the UFS 2.0 standard, or Universal Flash Storage. The idea behind this standard is that these memory chips’ possess tremendous gains in the read and write departments, increasing overall performance as a result.

In fact, according to the data obtained from Samsung’s newsroom, for sequential read speeds, the 256GB UFS takes advantage of two lanes of data transfer to move data at up to 850MB/s, and for comparison purposes, this is nearly twice as fast as a typical SATA-based SSD used in PCs. In terms of sequential write speeds, it supports up to 260MB/s, which is nearly three times faster than high-performance external MicroSD cards.

Looking at these speed gains, is it any wonder why manufacturers would opt to incorporate a MicroSD card option in their devices? During MWC 2016, SanDisk, a reputable brand amongst flash memory products announced the world’s fastest MicroSD card family. According to the company on its press release page, these storage cards are available in the 64 and 128GB capacities and support the Class 10 and UHS Speed Class 3 standard, and in layman terms, those speeds are sufficient for transferring data up to 275MB/s.

However, before you get excited over these speeds, you should know the price tag that these storage cards are coming with are outrageous. According to SanDisk, pricing details of the cards have been listed below:

Despite the fact that these MicroSD storage cards come with a lifetime warranty, their prices are insanely huge, and are equivalent for the retail price of mid-range to high-end smartphones. You could practically snag yourself another Android powered handset for the price that the company is charging for its world’s fastest MicroSD cards. Then again, those speeds will effortlessly allow you to record 4K content, if you have the necessary amount of cash. 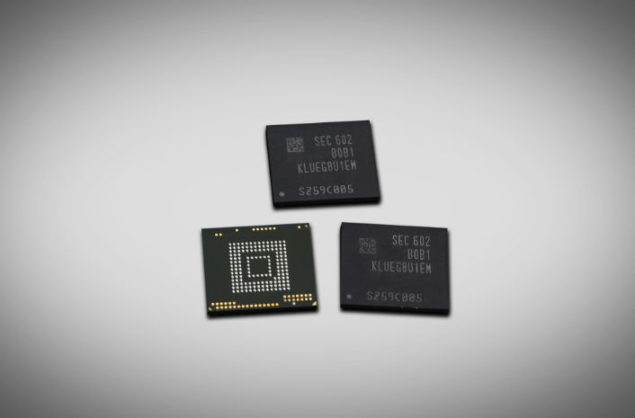 While fingers can be pointed to Samsung for producing high-speed, high capacity memory chips dedicated for smartphones and tablets, other manufacturers are not making it easy for consumers either. Sure, they can go down the more cost-effective route and purchase inexpensive storage card with higher capacities, but that will result in an immediate sacrificing of performance, which will be fairly evident when you decide to fire up an app whose data is present inside the memory card.

Will We Be Seeing The End Of Memory Card Slots In The Near Future?

It can be argued that incorporating MicroSD card slots compromises the overall build quality of the smartphone. Hugo Barra outlined the aggressive business model of Xiaomi as he stated the following:

“MicroSD cards are incredibly prone to failure and malfunctioning of various different sorts, and the fact that there are a lot of fake cards out there and we’ve seen it ourselves doesn’t help, either. You think you’re buying like a Kingston or a SanDisk but you’re actually not, and they’re extremely poor quality, they’re slow, they sometimes just stop working, and it gives people huge number of issues, apps crashing all the time, users losing data, a lot of basically complaints and customer frustration. It’s gonna be a while before you finally accept that maybe the reason why it’s not performing is because you put in an SD card, right? You’re gonna blame the phone, you’re gonna blame the manufacturer, you’re gonna shout and scream and try to get it fixed, so many different ways until you say, Actually, let me just take the SD card out and see what happens.”

His justification as to why Xiaomi does not incorporate a MicroSD slot is because it will severely compromise the following features of the high-end handset:

Additionally, it prevents manufacturers from adopting a unibody design for their smartphones, but with LG’s G5, the Korean smartphone manufacturer managed to place both design and convenience in its flagship handset, indicating that if a company’s design team manages to pay attention to these small key details, even they can roll out a device that sports the best features from both worlds.

Another argument that will be seen from the consumer’s angle is that removing expandable storage from the equation is just another excuse for manufacturers to increase on-board storage capacity while charging them a premium price, which is exactly what companies like Apple and Samsung have been doing. Other manufacturers such as OnePlus and Xiaomi have managed to keep the pricing of their products at an ‘all time’ low, but it still presents flexibility issues for consumers who would ‘rather have it and not need it, than need it and not have it’. 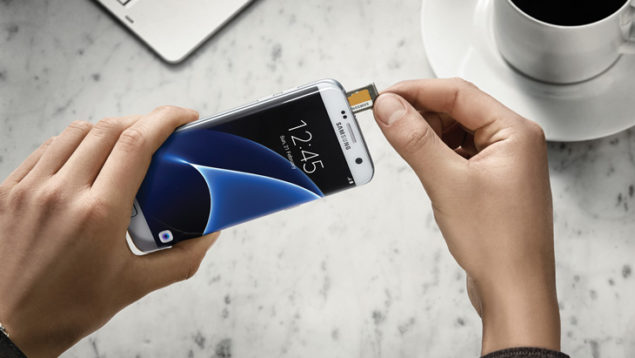 Unfortunately, the speed barriers crossed by internal memory chips is something that external storage cards have been unable to do and it looks like it will continue to stay this way, which if it does, might mark the end of manufacturers incorporating an expandable storage option at all. Apart from Samsung, SK Hynix, another mass producer of flash memory chips has also jumped into the bandwagon of producing 256GB memory chips for smartphone and tablets. It is also speculated that unlike Galaxy S7 and Galaxy S7 edge, Samsung might omit an expandable storage slot in its upcoming Galaxy Note 6, while increasing the maximum internal storage to 256GB.

At the end of the day, when the dust settles, Samsung is most definitely attempting to persuade manufacturers from removing the storage slot feature altogether, and these companies are also going to follow the same approach, but at the same time, other firms have not been doing enough in order to counter this formula.

What opinion do you share? Let us know your thoughts in the comments below.