iOS 13 OTA Stuck on Preparing Update Screen? Here’s How to Fix it 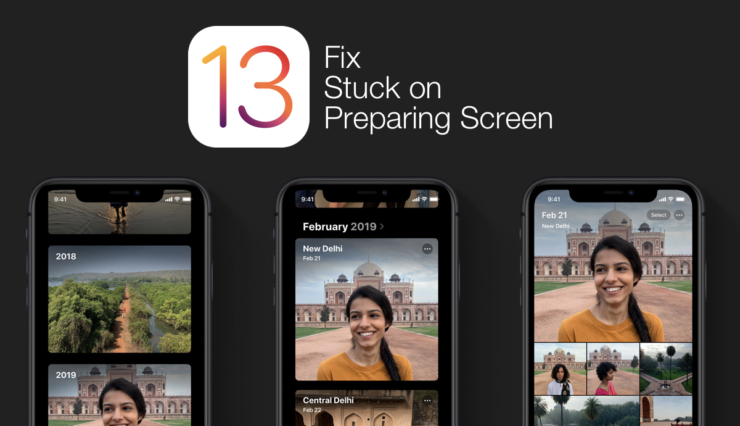 Is the iOS 13 OTA stuck on preparing update screen and failing to go forward on your iPhone? Here's the quick fix.

Many people are going to install iOS 13 right away and there are bound to be problems. The most common one is going to be this: you hit that download button on your iPhone and the update is stock on the preparing screen. Basically, it doesn't go forward from there. There's a fix though, and an easy one. Just follow the steps below to make everything right:

How to Take Screenshots on Apple Watch Running watchOS 7

4. Find the iOS OTA update file and delete it.

5. Restart your iPhone just in case.

6. Once you are booted back up, navigate to Settings > General > Software Update and download the update again. This time it should go through just fine until or unless there's a problem from Apple's end.

I truly understand that this is something which may cause quite a bit of annoyance for users, but if you want to make everything right, then you have to follow the steps outlined below. It doesn't take that long either, and it's better to get everything on track rather than be stuck on preparing screen on your iPhone.

I will highly recommend not installing the iOS 13 update right away. There are countless people putting some serious load on Apple's servers around the world. Let things calm down a little, only then go ahead with the iOS 13 final install. I know, the wait can be really painful, but think about it this way: you waited several months for the update anyway, so a few hours honestly won't make any difference and ensures that everything goes through super smoothly for you.

How to Check Apple Watch Battery Health in watchOS 7

How to Clean Install iOS 14 and iPadOS 14 Final Version