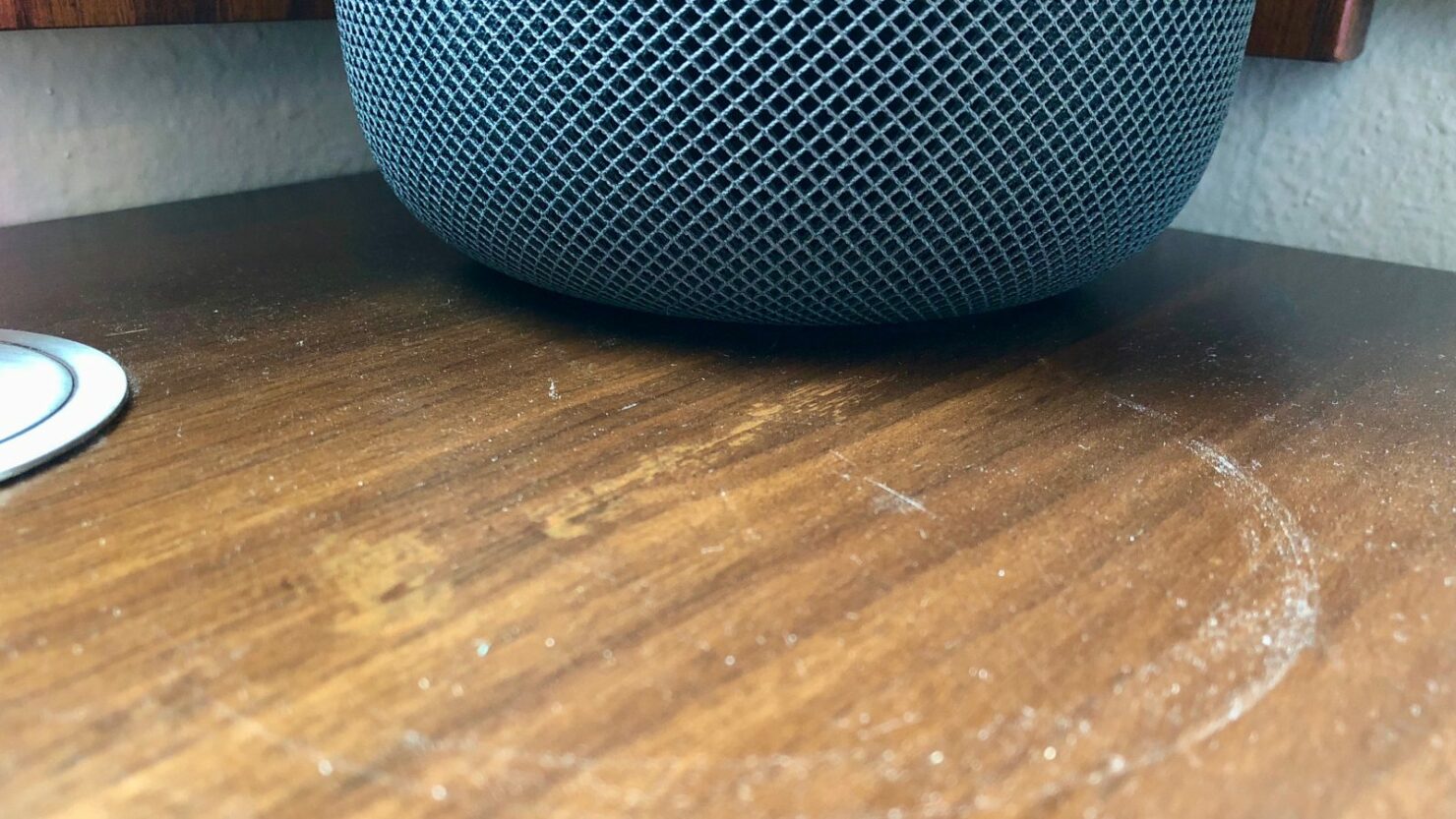 Many users have complained about how the Homepod was leaving white rings on the surface of their furniture. Apple confirmed this issue last week and shared a document on ‘Where to place Homepod’ in an effort to reduce these complaints. The document tells that this happens because the interaction between the device’s vibration dampening silicone base and wooden surface can result in such rings.

The white rings - fixable or not?

Industrial experts believe that this issue is every easy for the company to solve. They believe that the company just has to ‘re-tool’ the device and address the issue of the silicone base. This could take up to 6 weeks. The experts are of the opinion that this won’t cost a lot to the company. Cesar Viramontes, Senior industrial designer at Y Studios believes that this an issue, users will forget about in the next few months. He said,

"It's an issue, but I think it's probably going to be one that'll be corrected in the next round of manufacturing. I think it will be a minor issue, and people will probably forget about it in the next couple of months when it goes away."

Most experts are sure that the issue can be solved quickly but they are surprised that it took place. Product design expert Ignazio Moresco believes that if the company had followed a rigorous QA process, this problem wouldn’t be there. Apparently, similar issues have been seen in other speakers as well but I was expected that a company like Apple would not face this problem.
According to Gregor Berkowitz, a product development consultant for numerous consumer electronics brands, the white rings issue is because of the company’s inexperience in making stationary speakers.

"This is sitting on a bookshelf. Is it going to work? Or are there going to be problems? A traditional consumer product company or a speaker company or a traditional Hi-Fi company is going to worry about that and think about those problems and have experience with it," This shouldn't be new for Apple but it is."

According to Ignazio "They didn't test the product enough and in the right variety of circumstances, especially considering that a wood surface is a very likely support for the product,"

Apple has advised users to place the Homepod on a different surface and has informed the users that the rings will go away after several days and they can hasten the process by wiping them with a damp or dry cloth.