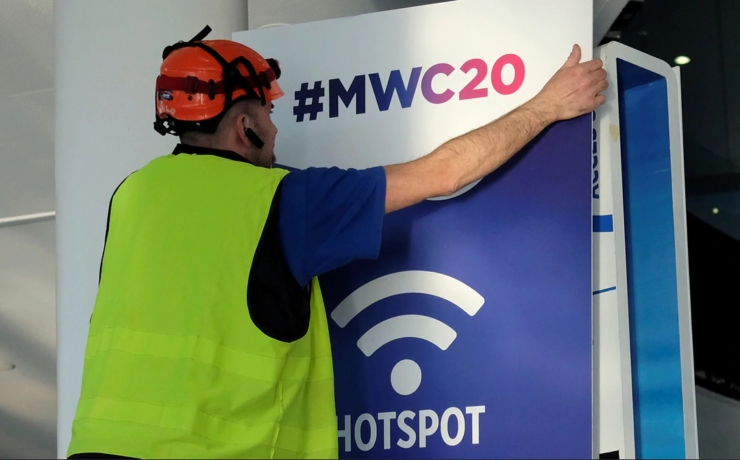 Things seem to be getting progressively worse for MWC 2020, as another major player just announced that it would skip the annual technology conference. Major players such as LG, Sony Nvidia Amazon Commscope, Ericsson, NTT Docomo, Amdocs, Intel, and Vivo have already confirmed that they won't attend the conference amid the Coronavirus epidemic. Now, HMD Global and Nokia have also announced that they won't be attending the event and issued the following statement. 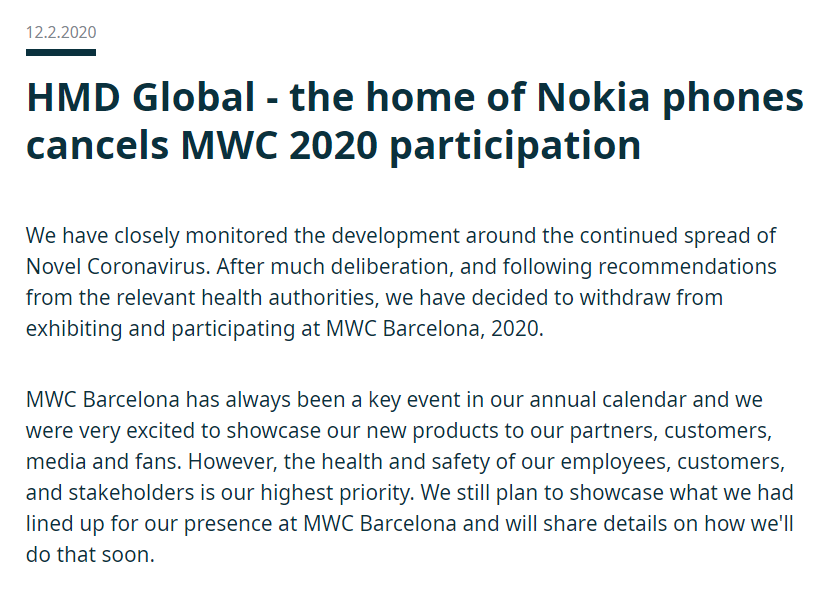 HMD's reasoning is pretty much the same as everyone else's. The company does not want to risk exposing its employees to potential Coronavirus infection. A conference attended by people from all over the globe is one of the easiest ways to catch a viral infection. The company's withdrawal comes just hours after other industry bigwigs such as Facebook, AT&T, Cisco, and Sprint also put out statements stating that they'd give MWC 2020 a pass.

MWC 2020's organizers GSMA has repeatedly assured attendees that it'll enforce measures to ensure a safe and healthy environment for all. For starters, it has banned all visitors from the Hubei province of China -the epicenter of the Coronavirus epidemic. Other attendees from China will have to stay outside of the country for at least fifteen days before attending MWC. Additionally, there will also be thermal cameras to detect anyone with abnormally high body temperatures -a common symptom of the virus. Attendees are also expected to follow a no-handshake policy as well.

GSMA said in a statement yesterday that it will decide on Friday if they'll go ahead with the event. With so many withdrawals, the fate of MWC 2020 seems uncertain. At this point, it seems unlikely that it'll go ahead with the event. It makes little sense to hold a global tech conference with a sizable chunk of major players missing. It'll be sad to see MWC 2020 get canceled, as it had some promising tech lined up. Let's hope that GSMA decides to postpone the event to a later date rather than cancel it altogether.