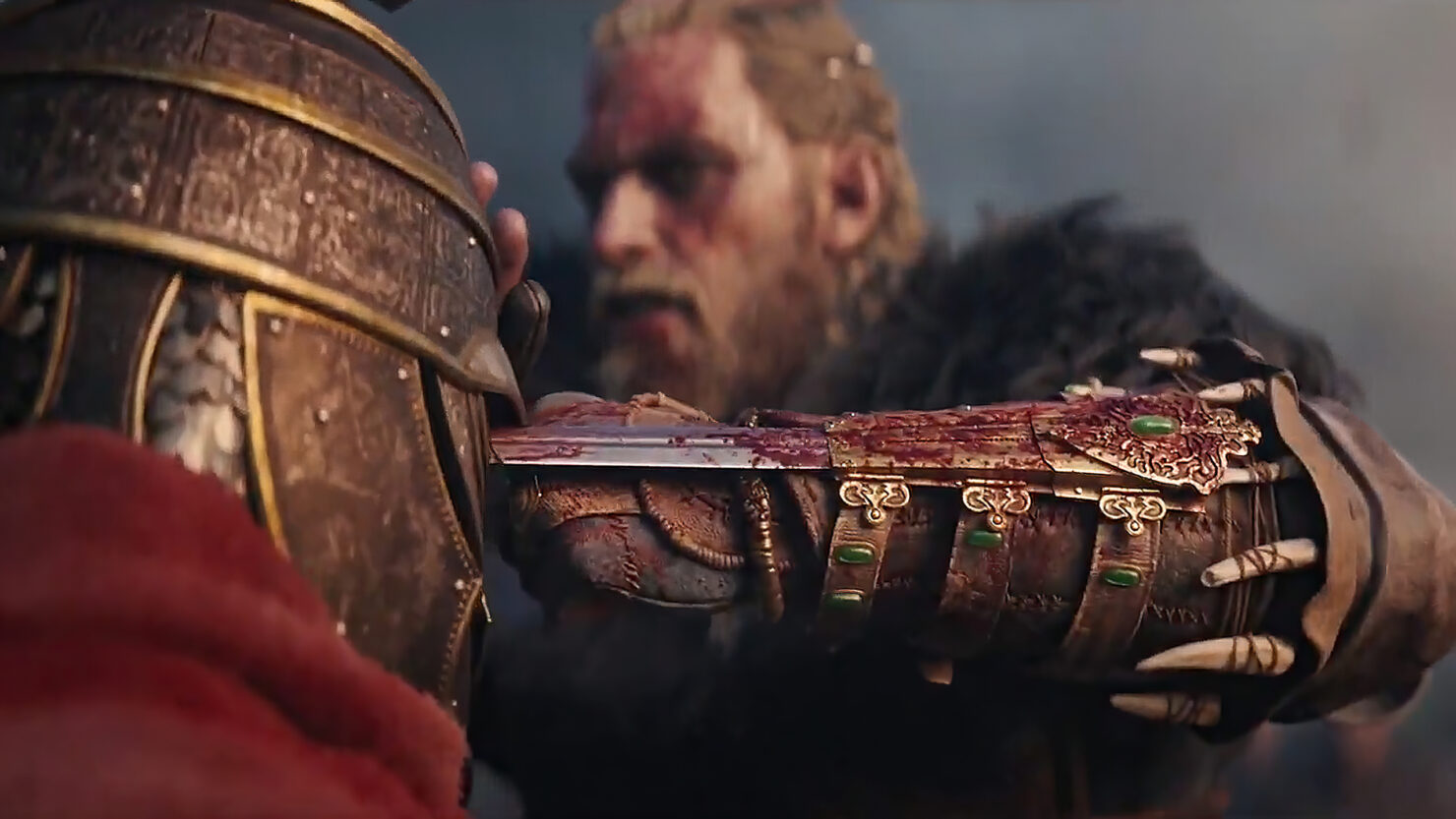 The Hidden Blade is a trademark weapon of the Assassin's Creed franchise, having appeared in all of the games released so far. Valhalla, the upcoming title due for release later this year, won't be an exception; in fact, the hidden blade was already briefly featured in the cinematics announcement trailer, as you can see from the snapshot above. However, during that trailer, the game's protagonist Eivor goes on to use it to kill his foe in a less than stealthy way, which is a departure from the hidden blade fans are familiar with.

It is a deliberate decision. It's something that Eivor feels very strongly about. When he or she gets a hold of this hidden blade, it occurs to Eivor that it would be much more interesting to let people see this weapon, to be conspicuous about it. Vikings were known as having a sense of honor and it was very important that when you killed somebody, that you let people know that you killed them.

Oftentimes, people would not be punished for murder if they had a small justification, like say somebody insulted you. They would not be punished for the murder as long as they admitted to it, as long as they stated openly that 'Yes, I killed that person because we got into combat.' And so having the hidden blade visible is actually kind of an extension of that honor. We want this conspicuous aspect of the blade to be reflected in the way that Eivor presents him or herself to the world.

It is an interesting take and one that makes sense given the Viking culture, though we're sure there will still be some unhappy fans about this change.

Still, Assassin's Creed Valhalla looked promising in its debut. According to rumors, it could be released on October 15th, and we'll be sure to keep you up to date whenever Ubisoft makes an official release date announcement.