Assassin’s Creed – The Future of The Franchise

Ubisoft, during a livestream, suggested that future Assassin's Creed games will feature a much larger focus on the modern-day timeline, than Assassin's Creed Unity did. Fans were left quite disappointed by the brief moments present in the aforementioned title. Previous installments, featured playable sections as well as whole areas to explore and puzzles to solve. Ubisoft decided to make a return to that formula. 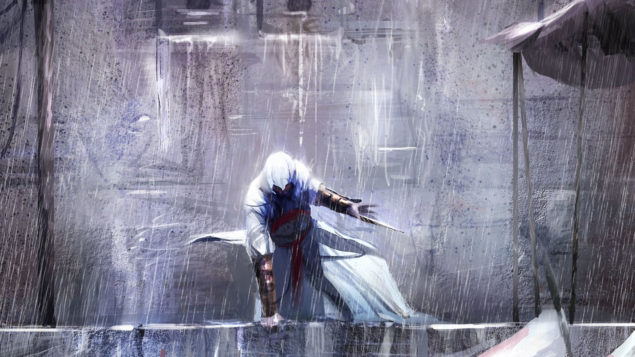 "That only came about because [we] were able to reuse Monteriggioni from AC2," he recalled. "So the future - and this is the plan - is to smartly reuse things so we can have a more robust modern-day."

"We always plan to have more modern-day but we have to be really smart about how we do it. There was a plan for a little more modern-day in Unity - a plan," he stressed, "nothing that was actually cut.

"The thing with Unity was that it was a completely fresh game on a completely fresh generation. So creating any kind of modern-day is a pretty huge task. To create a city, for instance, or even part of a city, would require six months of work by many, many artists, designers, modellers. And then you'd need gameplay systems that didn't feel like you were just fencing."

Assassin's Creed Unity, did in fact contain some very nice sections taking place in some very important historical moments, like the occupied France, which to me was one of the most exciting segments found in Unity. It made me hunger for a WWII setting, Assassin's Creed that much more.

McDevitt, revealed that he had also been collaborating with other writers on the future of the franchise, including the history of the First Civilisation.

"I particularly love the lore. I've been working the past two years, with all the other writers, on getting a great document together on the First Civilisation.

"As I see it there were always two ways to go about this. You could always make [the First Civ] very mysterious - to never really go into what they were. But at a certain point in the games you got to the point where you knew they were real. So why not go the other direction and treat them as real history.

"So me and the other writers have been, as a side-project to really make sure all future projects have this cool timeline to go from, creating this huge First Civ history. With all the big moments and a ton of small moments you've never thought of. So every future writer can say 'I want to reference Juno again, or Minerva' and see where she was at a specific date... and how far along was the First Civ-human war going."

There seems to be quite a vision in place for Assassin's Creed's future. Earlier installments of the franchise did manage to create a very interesting back story, with both larger modern-day sections, as well as with references to the First Civilisation, and the ties they had with the protagonist's bloodline. It's true that many fans have lost interest in the franchise, either because they grew tired of the same type of gameplay and recycled mission structure, or because of the unoptimized nature of more recent iterations.

The Assassin's Creed franchise did introduce some very interesting concepts

It would be a shame though, as the Assassin's Creed franchise, did introduce some very exciting and interesting concepts, both with its gameplay mechanics, as well as with its story arc. Ubisoft appears to have an extremely large plan for the future of Assassin's Creed, and understandably so, as it is their strongest IP. Personally I am eagerly looking forward to future iterations, as well as to the official reveal of Assassin's Creed Victory, which will probably be coming real soon.

Ubisoft will be present at GDC early next month, where they will be hosting multiple sessions, so a reveal of the new title of the franchise is very likely to happen, given that it has already been leaked of being in development. We will keep you informed of any news regarding the Assassin's Creed franchise, Assassin's Creed Victory, as well as coverage of the GDC event.