Here’s Everything Samsung Announced at its Unpacled 2022 Event

If You Missed the Samsung Galaxy Unpacked 2022 Event, Check Out The What The Company Announced In a Roundup

Samsung introduced the Galaxy S22, S22+, and the Galaxy S22 Ultra with a new design, numerous improvements, and a better performance. Alongside its flagship smartphones, the company also unveiled the Galaxy Tab S8, Tab S8+, and Tab S8 Ultra. It comes with an all-new bezel-less design, a faster processor, and numerous features for enhanced multitasking. If you missed out on the event, you can catch up with our Unpacked 2022 roundup.

Samsung announced the Galaxy S22 and S22+ in new sizes - 6.1 and 6.6-inch 120Hz display, respectfully. Both models now come with 300mAh smaller batteries compared to last year. However, both models feature the new Snapdragon 8 Gen 1 process along with the Exynos 2200 variant in some regions. In terms of storage, you can get the 128GB or 256GB option with 8GB of RAM. In terms of charging speeds, the Galaxy S22 is limited to 25W while the Galaxy S22+ is capable of pushing 45W of fast charging. The camera is where the devices have improved the most with a 50MP main sensor, 12MP ultrawide sensor, and a 10MP telephoto lens.

The design of the devices has been revamped as well, making it a little boxier compared to last year's Galaxy S21 models. In terms of price, the standard Galaxy S22 is available at $799 while the Galaxy S22+ is available at $999. You can check more details on both devices in our announcement post. 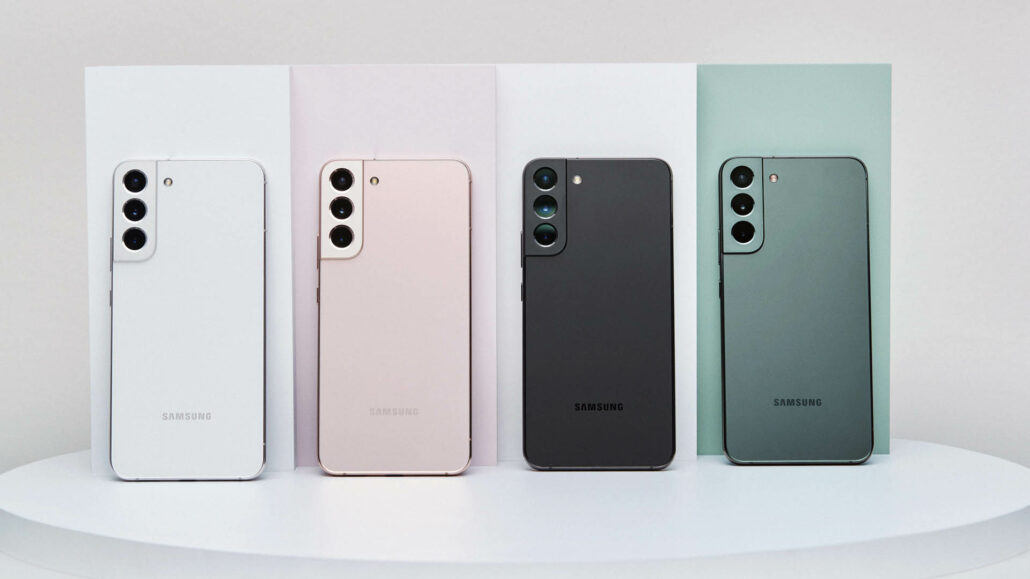 The Galaxy S22 Ultra is the company's flagship smartphone which has a lot going for it. It features a bigger 6.8-inch 120Hz display and features a boxier design compared to last year's model. It now completely replaces the discontinued Galaxy Note lineup and comes with an S Pen with extremely low latency. In terms of camera, you get the 108MP main sensor with a 12MP ultrawide sensor and a 10MP telephoto lens. It is powered by the Snapdragon 8 Gen 1 and Exynos 2022 chipsets, which will vary depending on where you live. Since there is no memory card slot, you can buy the device in four configurations. The minimum is 8GB RAM with 128GB of storage and the highest is 12GB of RAM with 1TB of storage. The device starts at $1,199 but you will have to pay more for more storage. You can check out the announcement post for more details. 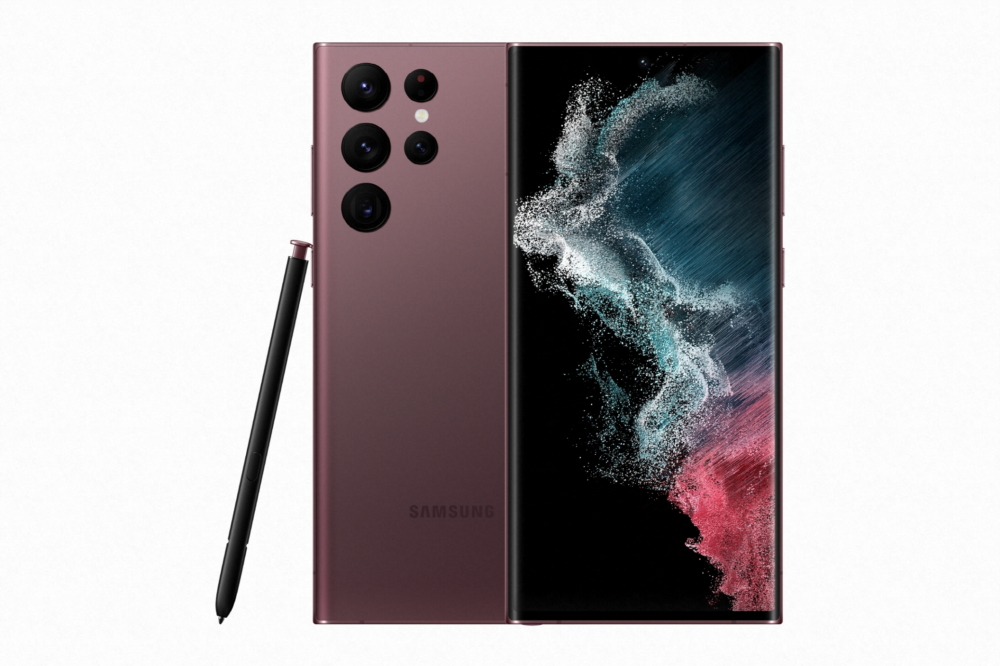 Samsung finally introduced the true iPad Pro competitor but it is surprising to see how it brought the notch before Apple did on the iPad. Nonetheless, the Galaxy Tab S8 Ultra is a powerful tablet with a plethora of forward-facing features nestled with the latest Snapdragon 8 Gen 1 processor coupled with 16GB of LPDDR5 RAM and 512GB of storage. It features a gigantic 14.6-inch Super AMOLED display with a 120Hz refresh rate. It also boasts a promising array of cameras with a 13MP main camera and a 6MP ultrawide camera. On the front, inside the little notch, Samsung equipped two 12MP cameras and one of them is an ultrawide lens. It features an 11,200mAh battery and supports up to 45W charging. The fingerprint sensor is embedded under the display for faster authentication. The Galaxy Tab S8 Ultra is available at $1,099 in the United States. See more details on our announcement post. 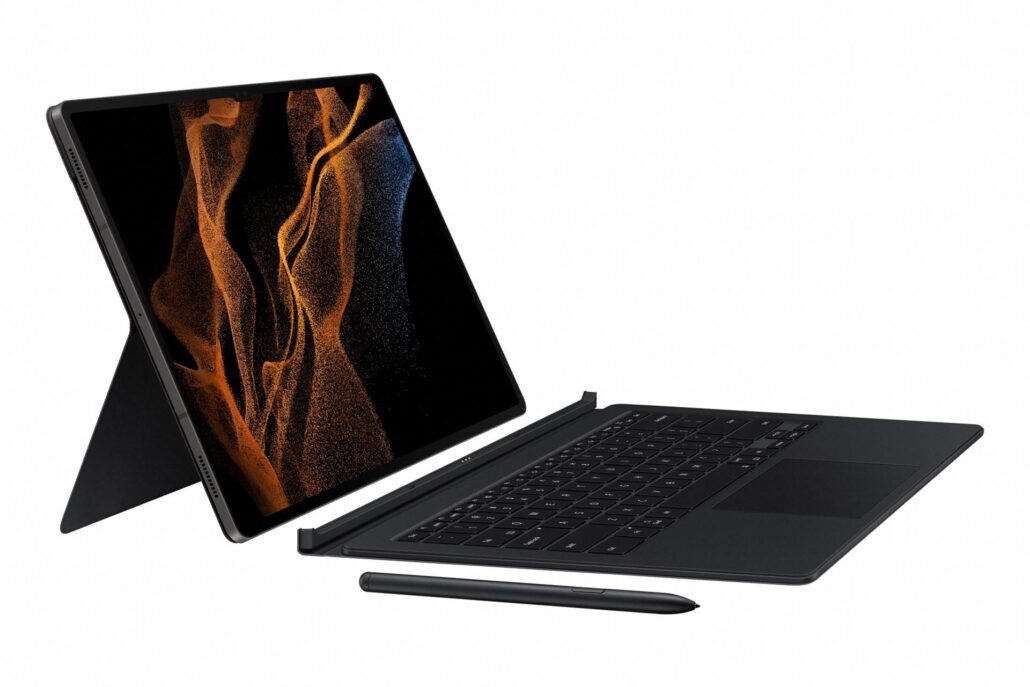 The Galaxy Tab S8 and Tab S8+ share the same design but the smaller 11-inch model features an LCD while the bigger 12.4-inch variant features a Super AMOLED display. Both models feature support for 45W fast charging and S Pen. In addition, both models are powered by Snapdragon 8 Gen 1 processor. The design is pretty similar to the Galaxy Tab S8 Ultra but the bezels are slightly thicker. The Galaxy Gab S8 is available for $699 and the Galaxy Tab S8+ is available for $899. Check out more details on our announcement post. 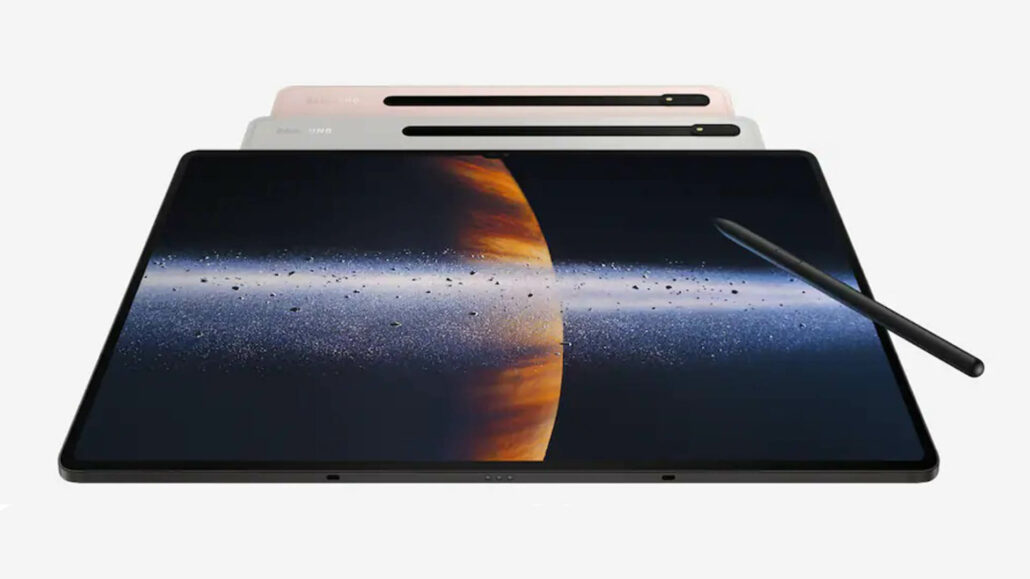 This is all there is to the list of products that Samsung announced at its Unpacked 2022 event. The company also announced several new features for its Galaxy Watch 4 which will be available with an update. We will share more details on the devices as soon as further information is available. Share your valuable insights with us in the comments section below.

Galaxy Tab S8 Ultra Refuses to Give in to Bend Test, Survives Durability Run Despite Having Larger Display, Thinner Body