After the official Helio X30 specifications have been revealed, let us take a look at the differences between the upcoming SoC and the previously announced ones; Helio X25 and Helio X20.

One of the striking differences between Helio X30 will be the presence of Cortex-A73. As discussed earlier, ARM has recognized that power efficiency is a top priority for today’s smartphones. Due to terrible previous CPU designs, power consumption had spiked up to 5 watts and in some cases going overboard of 10 watts of power. This will obviously cause a grave concern for smartphone users, and the only way to overcome this barrier is through large battery capacities. However, using this approach, the bulk of the phone increases, and since battery technology has not seen any development past the lithium ion or polymer stages, battery degradation is imminent through constant usage.

While dedicated to deliver performance, Cortex-A73’s main focus is power efficiency and sustained peak performance. According to the tests, given below is the level of performance that Cortex-A72 is able to bring to the table:

ARM has also stated that that it’s Cortex-A73 uses at least 20 percent less power than the A72 at the same process and frequency. This means that the processor’s frequency can be slightly increased in order to garner additional performance to achieve the same power consumption as Cortex-A72. Manufacturers will keeping their affordable smartphones and tablets with SoCs based on the 28nm process, which Cortex-A73 running inside them, but ARM has also hinted that 10nm SoCs will be released sporting the processor (hence the Helio X30). 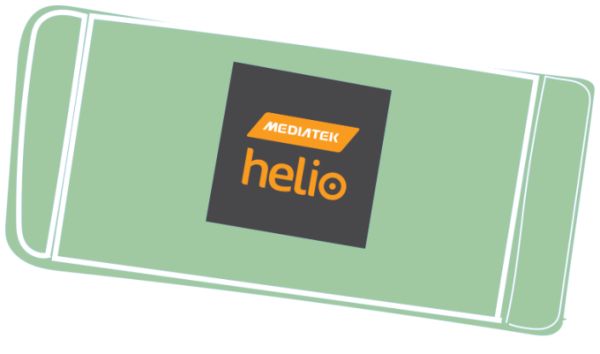 With ARM’s Mali GPU holding the overall performance of smartphones back, it was a very good choice for MediaTek to opt for a PowerVR 7XT quad-core GPU. We will be discussing the performance gains in different gaming benchmarks, but to give you an idea on the sort of performance you can experience, the GPU is present in Apple’s A9 SoC.

The 10nm FinFET node of Helio X30 also means that manufacturers could choose to shift its clock speed from anywhere between 2.8GHz and 3.0GHz compared to SoCs manufactured on the 16nm FinFET SoCs. Naturally, we will have to wait for further benchmarking tests in order to confirm how powerful Helio X30 really is. Till then, have a gander at the specifications table listed below.